Bill Gates predicts 'almost no poor countries' by 2035. Is he delusional?

I have to wonder if Bill Gates lives on the same planet. The Middle East is falling into civil war one country after another. Africa is still experiencing drought and is starving. A new genocide warning for the Central African Republic was issued just last week.

Gates thinks the world is in a better place than ever before? No poor countries in 21 years?

Gates’ Prediction
I’m not that optimistic. How about you? 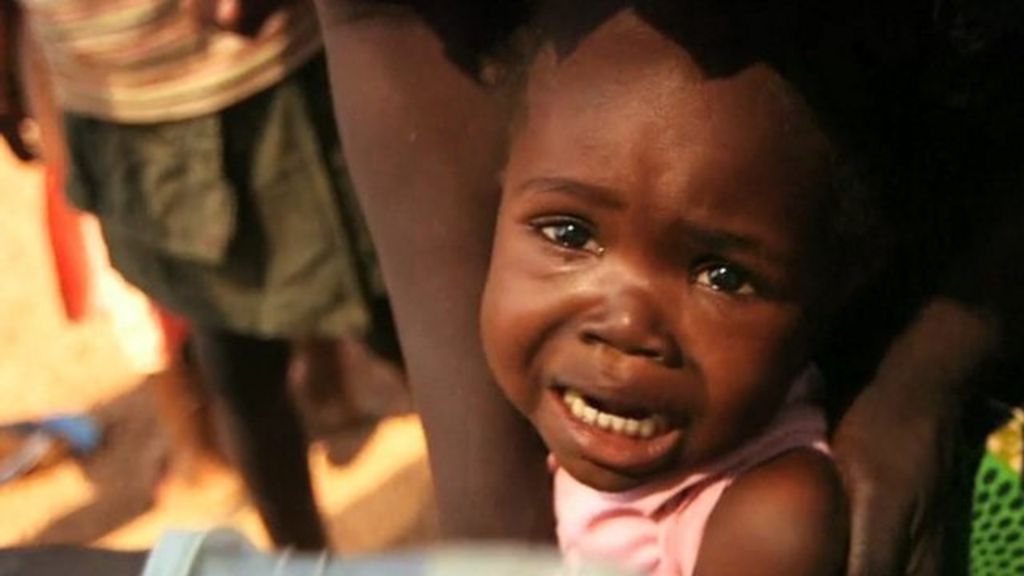 The BBC's Paul Wood in the Central African Republic reports on fears that sectarian conflict between Muslims and Christians could result in genocide.

The 25-page report, written by Gates and his wife Melinda, who are co-chairs of theBill & Melinda Gates Foundation, argued that the world is a better place than it has even been before.

Gates predicted that by 2035, there would be almost no poor countries left in the world, using today’s World Bank classification of low-income countries — even after adjusting for inflation.

“Poor countries are not doomed to stay poor. Some of the so-called developing nations have already developed,” he said in a his annual note, published on Tuesday.

“I am optimistic enough about this that I am willing to make a prediction. By 2035, there will be almost no poor countries left in the world.”

The world IS a better place than it’s ever been before because of technological advancements. If advancements continue exponentially, his prediction could very well be true.

It seems perfectly plausible that the standard of living in many poor countries will be significantly better in 20 years. If we manage to deal with AIDS and malaria in the same way we dealt with smallpox, that is going to have a huge impact on these countries.

Having “almost no poor countries” does not mean that war is going to be eradicated. Nor does it mean that weather patterns like droughts are going to be eliminated. Your counterpoints to Gates’ prediction aren’t really addressing the same issues.

However, if countries are less poor they are probably going to be more stable, meaning that they may be able to address political issues without going to war as often; or that natural disasters like floods or droughts are less likely to cause humanitarian crises (like how the most serious drought in California’s history isn’t causing mass starvation or civil unrest).

I’m convinced man’s innate blood lust and brutality dooms a lot of these countries. Theres always some warlord dominating the people or religious zealot willing to murder for his cause. Common thieves who will kill someone for a bag of rice. There are many good people but it’s the bad ones that do the damage and keeps these countries impoverished.

Some of the African countries for example would benefit tremendously from well digging, irrigation, and advanced farming techniques. But how can you do that with the dangerous conditions in those areas? Even the Peace Corps avoids the more dangerous areas.

Can we talk about Gates’ exact prediction? It’s much more precise than “there ain’t gonna be no more poors”. He said there won’t be many low income countries, using on very specific definition (an average gross national income less than $1035/person). In other words, given another couple decades of sustained development, countries like Bangladesh might be as well off as countries like India. That the low income countries will graduate into our current classification of lower-middle income.

The world IS a better place than it’s ever been before because of technological advancements. If advancements continue exponentially, his prediction could very well be true.

If people don’t want to live together with decent social order, no amount of electronic gadgetry will help.
First, you need to create a stable government , a legal system that isn’t based on paying bribes, a economic environment that allows the average citizen to live in dignity…
Then, and only then, you can add in the smartphones and Windows 8, and you’ll have a chance to say “no poor countries”. But it ain’t gonna happen by 2035. Or by 2135.

China is using Africa for cheap labor and natural resources. I think that is going to make a huge impact on the near future of Africa and really change the lives of a lot of people there. Hopefully for the better.

Granted, China isn’t going to be worrying much about who is treating whom fairly, but I feel that just having a taste of industrialization and access to a little more capital will bring out a lot of individuals who will be able to turn around and do amazing things for their villages and countries.

The recent issue of Wired featuring Bill Gates and Bill Clinton was hella inspiring. There are people all over the world looking at very small solutions to very big problems that have enormous impact on both the “third world” and the Western world at once.

Maybe a few of the countries in the Low-income economies ($1,035 or less) bracket might move up to the next bracket.

So Gates is talking about countries reaching the Lower-middle-income economies ($1,036 to $4,085) bracket? That’s still an impoverished group. India and Pakistan have a educated middle class that has a relatively comfortable life. But isn’t there a lot of poverty too? I’m not sure what the numbers are.

So Gates is talking about countries reaching the Lower-middle-income economies ($1,036 to $4,085) bracket?

Yes. That was pretty explicit in his statement.

I hope I am around to witness this event.

i just can’t see that much change happening in that time. I do think lives will improve for the 2nd bracket countries like India and Pakistan. They already have an emerging tech industry. The countries in that lowest bracket are so war torn and brutalized. Somilia isn’t going to manufacture memory chips or write IPhone apps anytime soon.

The only nations left on earth with less than $1035 percapita income tend to be in Africa. There are a handful in Asia but mostly it is Africa.

If gdp growth gets high then yeah but a lot are at 4% a year or less, requiring at least 18 years to double an economy without inflation.

Plus income inequality, why would it matter if Eritrea or Somalia has $1200 per capita in 2040 if the vast majority are no better off and only the ruling class are richer.

I’m not holding my breath . I haven’t read the report but wonder if gates is wrongly extrapolating the gdp growth of Asian nations to African. Right now I don’t see most of them growing very fast.

Water and hygiene improvements can have major impacts without major costs. For just a few relative dollars the health of the household and community can be vastly improved.

You do not have to move mountains, reform governments, or build houses. You just need quite a few more toilets.

In many areas of the world people are still crapping outside, with poor washing. And people are running out of room to crap. This isn’t the best link, and not the one I was reading a few days ago, but if we can only improve this basic thing it will be a huge step.

We can’t do much about the dictators that the money has to be funneled through, they are in charge of their turf. That will eventually change over time.

Clean water and hygiene are the place to start.

You just need quite a few more toilets.

If you are referring to the flush toilet, the authors of Humanure disagree with you. They basically say that the flush toilet is a huge waste of fresh water resources and has all but destroyed the water table.
Although, not dinner table conversation, this book is a very informative read.

Actually, improvements in toilet design is one of his foundation’s projects. See this PDF document for more information. But this guy criticizes the designs that came out of the Gates Foundation’s challenge as way too complex and expensive. His group’s website is here.

If you are referring to the flush toilet, the authors of Humanure disagree with you. They basically say that the flush toilet is a huge waste of fresh water resources and has all but destroyed the water table.
Although, not dinner table conversation, this book is a very informative read.

Here’s the winner of the Bill and Melinda Gates Foundation’s Reinvent the Toilet Challenge. The requirements were that it required no piped water, sewer or electrical connections, and could transform the waste into something useful.

The only way this could happen would be if several billion people died, leaving the spoils to the survivors.

The only way this could happen would be if several billion people died, leaving the spoils to the survivors.

Or by reading the various links in both the OP and subsequent posts that show EXACTLY how it will likely happen. Or are you misreading “poor countries” as “poor people”?

I work in international development, and trust me, my colleagues keeping their resumes up to date, because this field is not likely to exist in the long term, at least not in its current form. The last 20 years have seen massive, massive improvements to health , education, stability, gender equality and quality of life. War between states has almost disappeared, and even civil war is on the way out. The Cold War dinosaur dictators are dying off, and democracy is slowly taking hold around the globe. Even famines and droughts, while still deadly, are not as massive as they were even in the 1980s.

I grew up hearing about the starving children in China. My daughter will look back and marvel about how she used to hear about starving kids in Africa. And this change is already underway. I was in Zimbabwe a couple years ago, and was surprised to find fast food joints, ATMs and satellite dishes everywhere. When I arrived in Cameroon in 2006, my village had just got cell phone access. Now, I keep track of goings-on via the Chief’s Facebook page. Just like Brazil and India have transformed from “synonym for desperation” to “dynamic and complex,” much of Africa is poised to make that change.

That’s not to say everything is peachy. Poverty is becoming less a matter country, and more a matter within countries. It’s not entirely going away, as much as becoming more evenly distributed. Natural disasters will increase as we continue to move into more marginal areas, and we will need to respond to those. The needs of those often trampled by development- including indigenous people- will need protecting. And there will be new challenges- climate change, new diseases, and even the effects of wealth: obesity, smoking, etc. But the general trend right now is up.