Bit parts when they were not so famous

Acting is a tough career. Most actors don’t just step off the street and into academy award winning roles. Sometimes they’re lucky to get 1 line in a movie. It’s always fun to watch an older movie and see your favorite actor in one of these tiny roles.

For instance: In The Prisoner of 2nd Avenue, Jack Lemmon gets mugged. In a different scene, he gets in a cab. The cabbie’s only line? “Where to, buddy?” The mugger was Sylvester Stallone. The cabbie was F. Murray Abraham.

In The Hot Rock, a Redford/Segal picture, Cop #2 was Christopher Guest.

In Who’s Minding the Mint, a phone in a phone booth was answered by a 4-year-old girl on a trike. None other than Erin Moran.

Who have you spotted?

My favorite is the bit role played by a young Leonard Nimoy in the hilariously cheesy 1953 serial, *Zombies of the Stratosphere * (the last of the three “Rocketman” serials). Nimoy plays a Martian invader and wears a costume even sillier than his familiar Spock pajamas. It’s a hoot!

Harrison Ford as an uncredited bellboy in Dead Heat on a Merry-Go-Round. I think he had one line. 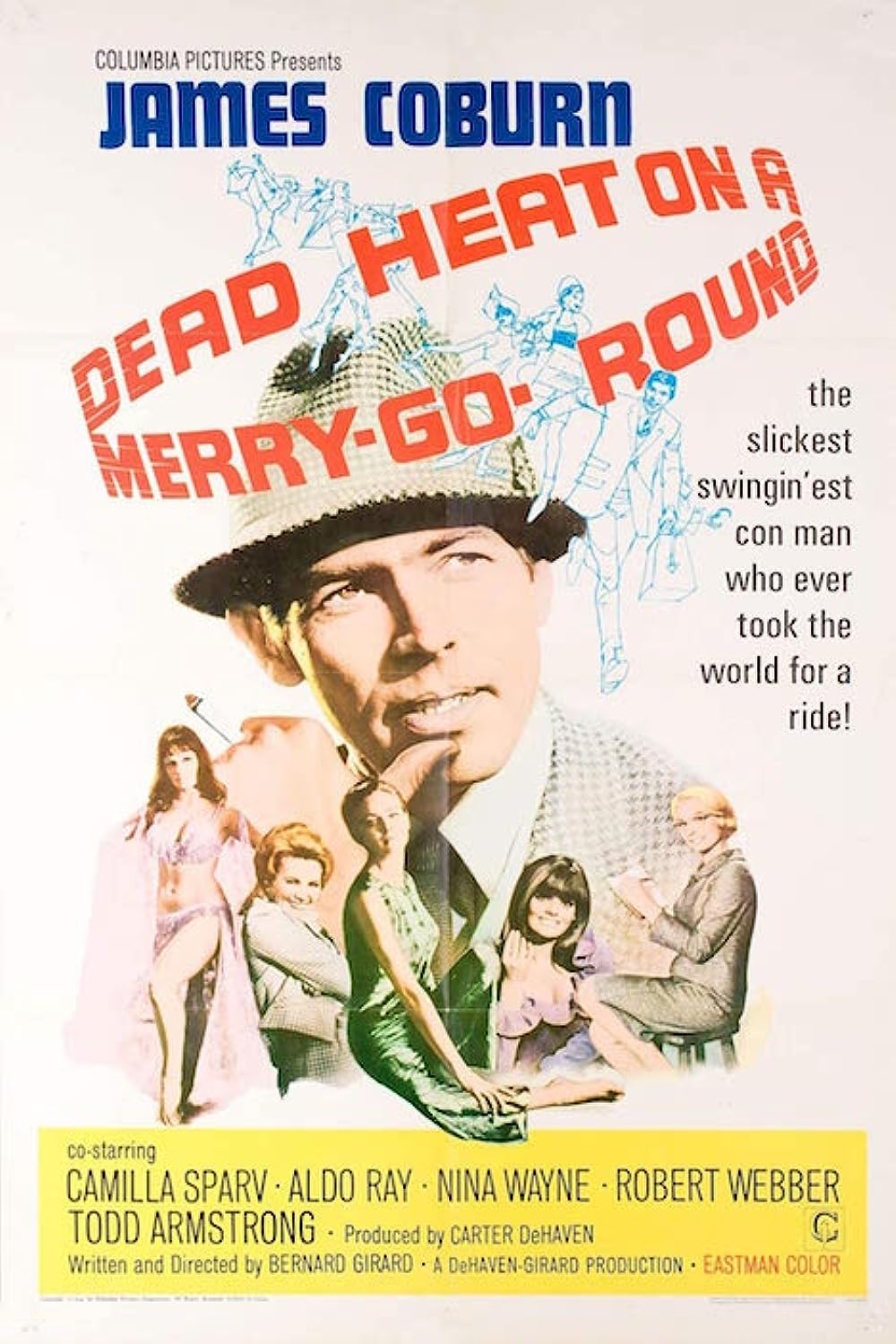 Dead Heat on a Merry-Go-Round: Directed by Bernard Girard. With James Coburn, Camilla Sparv, Aldo Ray, Nina Wayne. A paroled conman co-ordinates the robbery of an L. A. Airport bank with the arrival of the Soviet premier.

In Bananas, Sylvester Stallone is in one scene as a thug who terrorizes the people in a subway car. No lines, but it’s a real shock to see him. (This was before “Rocky.”

In Bananas, Sylvester Stallone is in one scene as a thug who terrorizes the people in a subway car. No lines, but it’s a real shock to see him. (This was before “Rocky.”

I was going to post that, but I wasn’t really sure about it. I guess he did a lot of tough guy cameos!

Jeff Goldblum in Annie Hall on a phone in a house in California during a party as Annie Alvy Singer walks past: “Hello? I forgot my mantra.”

Also Goldblum in the first Death Wish, as one of the rapists. Don’t remember if he had any lines, though

Matt Damon played the younger brother of Julia Roberts’ love interest in Mystic Pizza. Looks about 12 at the time.

I just re-watched Mystic Pizza for the first time in ages, and was stunned to see a very young Matt Damon as Julia Roberts’ boyfriend’s brother.

It wasn’t exactly his first movie, but its always fun to see Bill Paxton (or its it Bill Pullman…no, no…its Paxton) as the “Punk Leader” whom Arnold requests his clothing from as The Terminator begins.

Hey, fessie, I think we get the same channels!

Actually, is TV okay for this question? Because Quentin Tarantino played a cop on an episode of Golden Girls. That cracked me up. I thought he was just a video store clerk back then.

I remember seeing Jennifer Beals (who’s really not all that famous) as an extra in a scene of My Bodyguard.

James Earl Jones in a small, but pivotal role in Dr. Strangelove.

Oh, also Andy Kaufman as one of the shooters in Larry Cohen’s inimitable God Told Me To.

Frank Thornton had several bit parts in the '50s & '60s, before he became famous as Capt. Stephen Peacock.

It wasn’t exactly his first movie, but its always fun to see Bill Paxton (or its it Bill Pullman…no, no…its Paxton) as the “Punk Leader” whom Arnold requests his clothing from as The Terminator begins.

Holy crap! And I just saw that.

And of course Jack Nicholson as the insipid hero of Roger Corman’s THE RAVEN, and as the sadistic dentist in the original (1960s, non-musical) LITTLE SHOP OF HORRORS…