Bombing in Islamabad courts. AK84, are you okay?

News reports are of a major suicide bombing in the law courts of Islamabad.

I hope our friend and Pakistani lawyer, AK84, is okay. 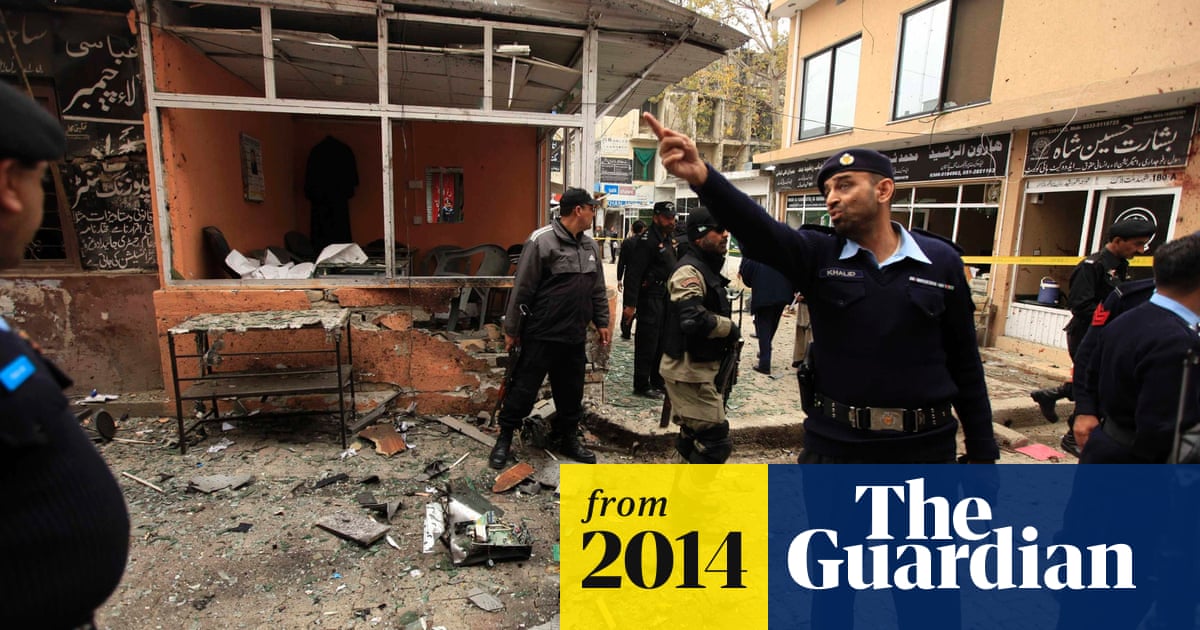 Well damn. I hope we find out one way or another. That’s very disturbing.

I share your sentiments, Northern Piper. Hope AK84 is okay, and hope he checks in soon.

I think he is. His last activity was today @11:27 Pacific time and the linked article was timestamped at 11:19 Eastern time.

Yes I am. I did not have a case there yesterday, so I was not at the Court premises at the time.

Some of my colleagues were not so lucky unfortunately.

Thanks for your concern.

What a terrible, terrible tragedy - but we’re so glad you were not among those lost, AK84. Take good care of yourself, and may your commitment to justice and the rule of law be unshaken.

Very sorry to hear of your colleagues. An attack like this is an attack on the rule of law itself. Terrible tragedy.

AK84, I’m glad to hear you were not there. I’m sorry to hear that folks you knew were lost. At this distance there’s little we can do. but I’ll make a prayer for your continued safety, and for the families of those who perished.

AK84, I am glad to hear that you are fine. I am sorry to hear about your colleagues though. They will be in my thoughts.

I agree with Northern Piper on this: An attack like this is an attack on the rule of law itself.

AK84, I am glad to hear that you are fine. I am sorry to hear about your colleagues though. They will be in my thoughts.

I agree with Northern Piper on this: An attack like this is an attack on the rule of law itself.

What he said. I’m glad you’re okay; I’m sad other people are dead for no good reason.

I’m glad that you were not there at the time, and sorry for your colleagues and your nation.

Thank you all. There are still some people in critical condition. I hope they get through.

AK84, can you furnish any details that the news reports have played down/overlooked?

No, not at all heartless Spoons.

I am surprised at the low number of casualties to be honest. The Court complex is right next to the main market of the area (the transition is more or less seamless) and also houses the Land Registry and Public Records offices. Literally thousands of people were there at the time and the potential for casualties was quite a lot.

Lots of criticism of the Police, but while some of its justified others parts are not. The Police got there within minutes, but because of the nature of the area they had to be careful in discharging their firearms willy nilly even if they got sight of the attackers.

Most casualties seem to have been due to gunfire rather than the suicide attacks. I went to the place where the suicide bomber detonated today. Part of the guys brains are splattered there still. As it rained cats and dogs all day yesterday, forensics have become difficult from what I can tell/

One of my friend spent the attack hiding under his desk. Did I mention he is 6’3? One of the attackers was right by his window when my friends phone went off, luckily the guy did not hear it. Another walked right into one of the attackers in a small lane. The guy took aim and his gun jammed and she only just got away.

Finally, the youngest victim of yesterdays carnage. I knew her casually, not well. But, I do have friends who did. I saw her senior counsel today, he was inconsolable. Her family at the hospital yesterday looked looked like zombies poor things.

How horrifying and very, very tragic. My heart goes out to you.