Coming To America by Neil Diamond? Not really about the Mexico/US boarder but about people immigrating to America.

Icky Thump by the White Stripes is about crossing the US/Mexico border. The video even moreso than the lyrics.

On the Border - Eagles

I first knew “Border Song” from Aretha Franklin’s version, which was called “Holy Moses” to not confuse her audience. A great, but lyrically unusual song for her.

The first verse of Steely Dan’s “Do It Again” qualifies.

What am I doing hanging round? by Michael Martin Murphey, covered (pretty well) by The Monkees

Just a loudmouth yankee, I went down to Mexico before eventually returning on that train to San Antone

Come a Little Bit Closer by Jay and the Americans in 1964. I haven’t heard this song in years.

On the Border - Al Stewart

Somewhere I have a cassette with this, but done live with Peter White.

. Want to watch them? A couple of opportunities…

“Border Radio” by the Blasters 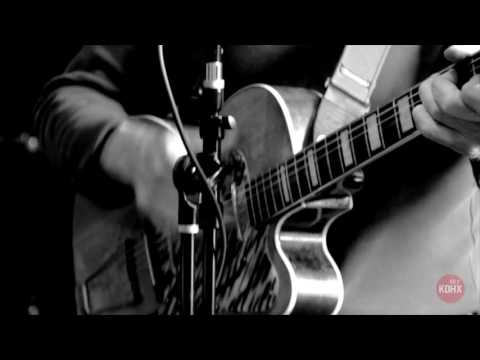 Clutch - Open Up the Border

Bruce Cockburn - If I Had A Rocket Launcher

Rage Against The Machine - Without A Face is specifically about the US/Mexico border, although they don’t use the word in the song:

It seems as if soon as the… the wall in Germany fell, that the US government was busy building another one at the border between the US and Mexico. Since 1986, as a result of a lot of the hate talk and hysteria that the government of the United States has been speaking, 1,500 bodies have been found at the border. We wrote this song in response to it. It’s called “Without A Face.”

Springsteen’s The Ghost of Tom Joad could have been titled Border Songs.

I’m listening to ELO. Across the Border just ended.

Ok, if radio wave border travel counts, then also ZZ Top’s “I Heard It On The X”.

Roads to Moscow by Al Stewart mentions the border, but doesn’t linger there.

Midnight Oil - Back on the borderline for the title (and the clip) but not so much the lyrical content.

“Over the Waterfall” (The version I know is by Michelle Shocked). I assume they mean Niagara, which is on the border…

Willin’ by Little Feat “Smuggled some smokes and folks from Mexico…”

Lido Shuffle by Boz Skaggs features Lido heading for the border, not sure if he made it across though.
“He’ll be makin’ like a bee line, headin’ for the border line, goin’ for broke”