This is the most hopeful news I have seen all year:

Even if this is the success claimed, there are a couple of issues. Vaccines differ in at least three somewhat related parameters. How hard are the to manufacture? How expensive? And, perhaps most important, how long will take to ramp up production to made a billion doses?

Would it mean building wholly new factories or can existing facilities be repurposed?

There are existing factories for vaccine production, like the Serum Institute of India. But multiple factories in multiple countries will need to make the billions of doses that will be needed.

There was a 60 Minutes segment on Operation Warp Speed last night. They have already started large-scale production of the Pfizer vaccine in mass quantities, and already have millions of doses on hand. (Of course they need hundreds of millions of doses just for the U.S., not to mention the rest of the world.) They are also already readying the logistics for vials, syringes, etc. 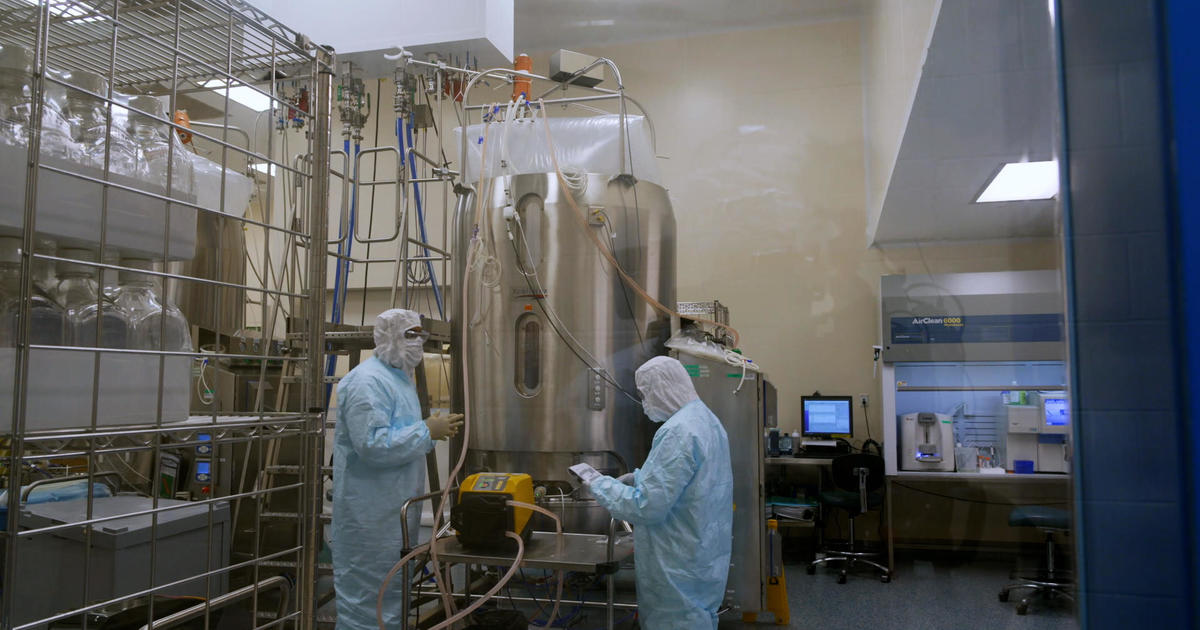 ETA: In the story, they mentioned that it takes about 6 weeks to manufacture a batch of the vaccine. It is already being manufactured by third-party licensed manufacturers. If the vaccine is safe and effective, I’m sure more manufacturers will join in the effort all over the world.

And storage of the vaccine is an issue. Supposedly this vaccine needs to be stored at something like 90 degrees below zero.

Keep in mind that Pfizer isn’t part of Operation Warp Speed, but I don’t think that would make a difference at this point for the manufacture and distribution.

It’s cold, but not outside of common cryogenic temperatures. Liquid nitrogen’s boiling point is even colder and it’s used for plenty of stuff.

Keep in mind that Pfizer isn’t part of Operation Warp Speed, but I don’t think that would make a difference at this point for the manufacture and distribution.

While I don’t think Pfizer took federal funding for developing the vaccine, I believe the feds are coordinating and paying for the manufacture and distribution of it (through Operation Warp Speed).

The Moderna vaccine was also mentioned, but I don’t think it’s as far along in trials as the Pfizer one.

As I remember with the polio vaccine, Jonas Salk was famous for developing the first vaccine, but it was an injection and the oral vaccine developed by Dr Sabin was the one that was more widely used. So perhaps something similar here?

This is great news. I didn’t realise the Pfizer vaccine was so far along. We should probably expect announcements about the other Phase 3 trials within a few weeks. I know that factories in Melbourne started production of 30 million of the AstraZeneca one this week, in hopes of a successful result of their Phase 3 trials, due some time in December.

While we’d like to be able to give a vaccine to everyone, it can still be very useful to vaccinate even a small percentage of the population. Remember, COVID-19 kills less than one percent of the people who catch it, and it’s largely predictable who’s most at risk. So if we can get enough doses of vaccine to give it to 1% of the population, and target those doses at those at highest risk, that’d make a huge difference in preventing deaths.

And as the number of doses ramps up (though still less than the total population), it gets even better. Giving a vaccine to a fraction of the population decreases the chances of infection even among the unvaccinated portion of the population, especially if you target it to those most likely to catch and spread it in the first place, like health care workers.

No matter how hard we try, we probably won’t ever get literally every single person vaccinated. But we won’t have to.

All that said, if you read closely, there are a lot of weasel words in that article, like “preliminary” and “promising”. It’s good news, but this vaccine isn’t ready yet. Warp Speed, beginning mass-production before the testing is finished, means that if it (or any of the other many candidates) passes all of the tests, we’ll be able to hit the ground running, and start benefiting from it much more quickly than usual (at the cost of probably wasting money on mass-producing some that won’t pass the tests). But we do still need to finish those tests.

I’ve been seeing a lot of conspiracy theories emerging around this vaccine. Certain folks are arguing that it is too convenient that the news came out just after the election, and that it would have gone in Trump’s favor if news of a vaccine was out.

[I haven’t seen any of the tinfoil crowd use this yet, but… perhaps they were just Biden their time!]

To me this seems more like media hype. The election story is over; now they need a new one, and so they siezed onto this study’s results and overhyped them to make a story. If this news was released a few days ago or even before voting took place at all, it would have been a much smaller story because of the weasel words @Chronos mentioned.

If you have time, here’s a good video on the distribution challenges for both the super cold and “regular” cold versions of the vaccine. The upshot is that opening the special shipping box starts a countdown timer to use all the vaccines inside, and that rural hospitals may have to wait for and use the less cold-sensitive vaccine to avoid wasting unused vials inside the special shipping container. The assumption is city hospitals will always have enough patients to use it all.

It’s about 15 minutes long, but well worth it imo. 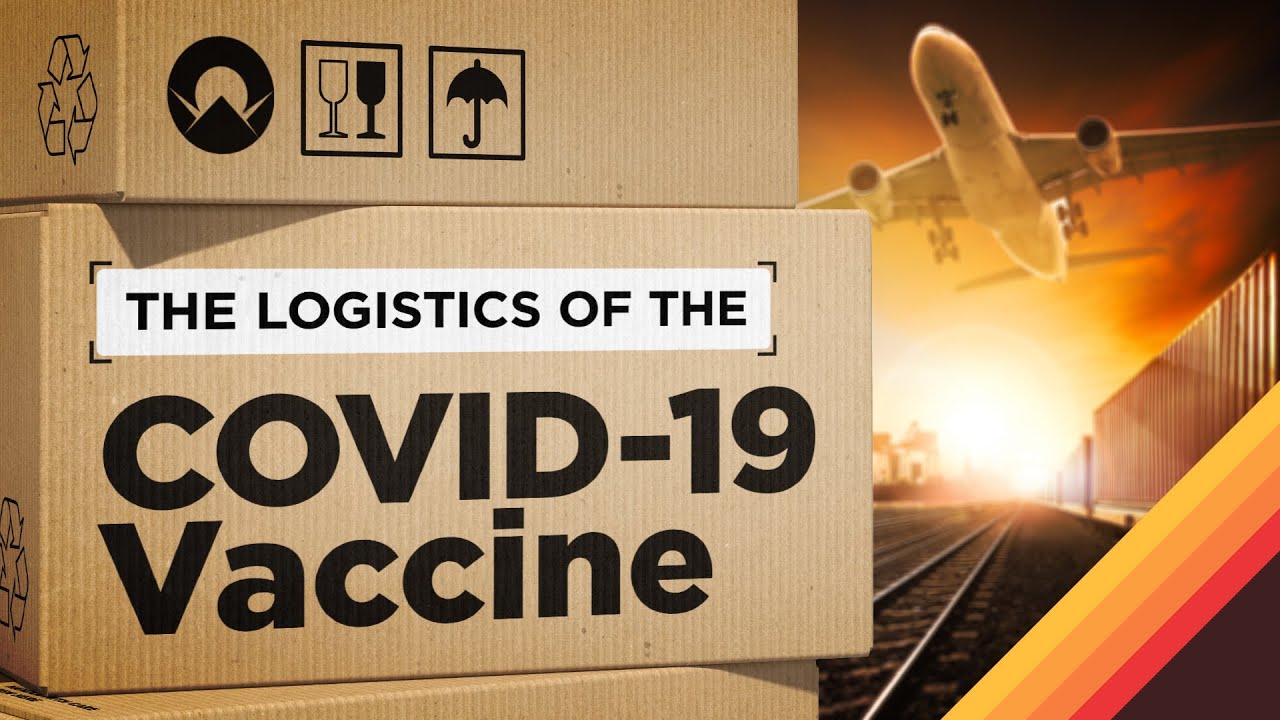 I disagree. I think the goal of this story and the 60 Minutes segment is to give people confidence in the vaccines that will be coming out soon, starting with the Pfizer vaccine.

The 4-star general in charge of Operation Warp Speed said that his biggest concern at this point is that after spending the tens of billions of dollars that have been dedicated to this effort, and assuming they are successful in their goal of distributing the vaccine to every zip code in the U.S., that people will refuse to be vaccinated.

No question that this is a public relations effort. But I don’t think there are any nefarious goals regarding the timing. I just think that this news would have been drowned out by the election if it had come out a week or two ago.

The Pfizer and Moderna vaccines are both mRNA vaccines. This is a relatively new approach developed only within the last 20 years or so.

The mRNA in the vaccine provides the instructions on how to build a virus protein. The patient’s own cells are coopted to do so and then the immune system mounts a response to the protein coded for by the mRNA. This hopefully provides protection in the event of infection by the actual virus.

The good news is that production of mRNA vaccines should be faster and more easily scalable than other vaccine types. And since the entire viral genome is not included it should not be possible for a patient to become sick with coronoavirus by the vaccine as might rarely happen with a live attenuated virus vaccine (similar to the Sabin polio vaccine).

The great challenge as described in the above linked 60 Minutes report is the logistics of ultra cold storage and distribution. In a general sense work is ongoing to address such problems with mRNA vaccines but a solution may not be reached in time for the current outbreak.