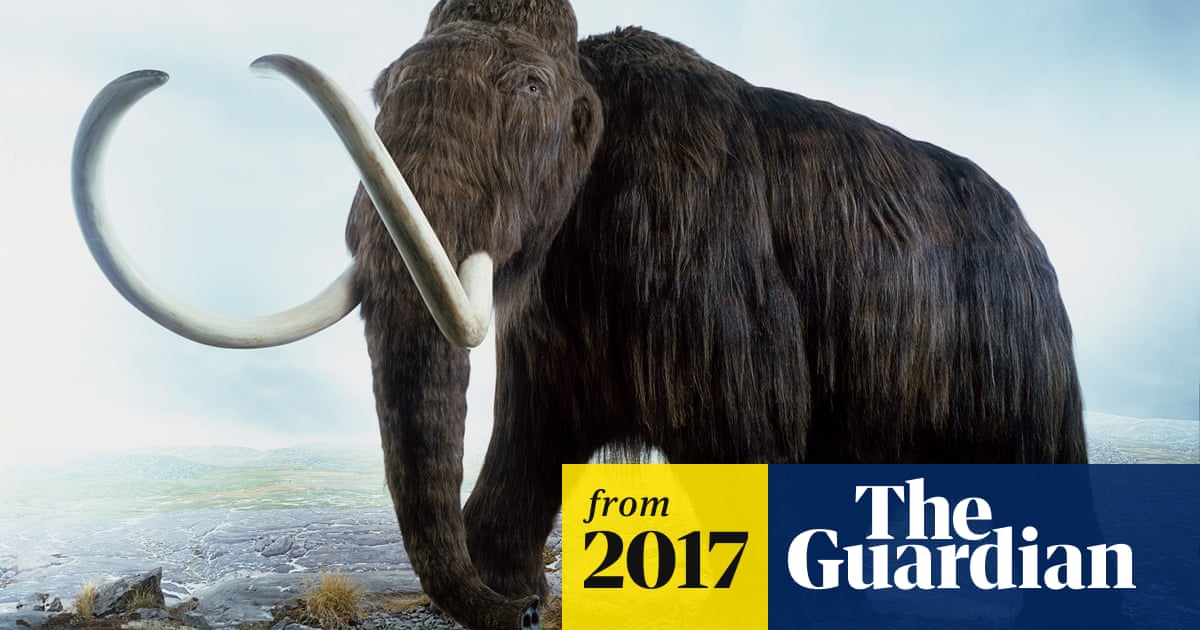 This may be the single craziest idea I know of which people are seriously contemplating.

Apparently the idea is to create an elephant-mammoth hybrid called a “mammophant” which is better adapted to survive in the tundra. The hope is that this will help resurrect the steppe ecosystem which in turn will reduce heat absorption and protect the permafrost and its huge carbon pools.

A number of questions:
Is the creation of this hybrid feasible and over what time horizon and at what cost?
If it is feasible, should it be done?
If we do bring back mammoth hybrids, can they actually fight climate change in the tundra?

Personally this is such a cool and weird idea, I lean in the direction of doing it. You would want to roll it out slowly obviously and carefully observe any changes in the tundra but it should be fairly easy to reverse if any problems arise.

However I am pretty skeptical it is feasible at scale over the next 20 years though I admit I know very little about the technology.

That is some crazy Michael Crichton shit.

Creating the hybrid could work but there’s no guarantee such an animal will be suited for life in the tundra. The further into the scheme you go the dicier it will get.

Is there enough vegetation on the tundra to support an elephant-level diet?

If that link wasn’t from a source as respectable as the Smithsonian, I’d ignore it as the stupidest click-bait ever…
But I did click on it-- and I still don’t get it.
They seem to be saying that giant mammoths stomped around a lot, and that’s how they kept the steppe’s ecology in check–by trampling large vegetation, clearing snow cover, and allowing grasses to grow.

But couldn’t you do the same amount of “stomping around” using mechanical means?
I’m thinking of human beings driving bulldozers.

(Which is an idea that sounds like pretty stupid click-bait, too.

Hire an army of 10 thousand men, and send 'em driving across the land.
I assume that one bulldozer driving at a constant 20 miles an hour could cover more territory than a herd of a hundred animals grazing and wandering… .

There exists a standard type of bulldozer called a
sheep’s foot roller ,
which I suppose could be modified to mimic Mammoth feet.

Bulldozers don’t eat and digest plants and turn them into fertilizer.

Elephants are highly intelligent, social creatures. A lot of their behavior is learned. I assume mammoths were similar. You couldn’t just clone a bunch of mammophants and send them out onto the tundra with a goodbye and a good luck wish. Somehow they’d have to be trained to live out there. Maybe you could raise baby mammophants in an elephant herd for socialzation, but I don’t know how accepted they’d be, and an elephant herd’s climate and lifestyle is going to be very different from mammophants on the tundra.

Maybe the articles address these issues, but I don’t have time to read them now.

How long before someone selectively breeds for mini-mammoths to market as pets?

Congratulations, you win Oxymoron of the Day

How long before someone selectively breeds for mini-mammoths to market as pets?

It’s called a “mimmoth”, in the Girl Genius comic series about Mad Science.

A Mimmoth is a tiny Construct, a wooly mammoth the size of a rat. 1 Description 2 Origin 3 Novelization 4 Secret Blueprints 5 The Works 6 Mimmoths as Food 6.1 Raw Mimmoths 6.2 Mimmoth on a Stick 6.3 Chocolate Mimmoths 7 Mimmoth Sightings 8 Possibly... 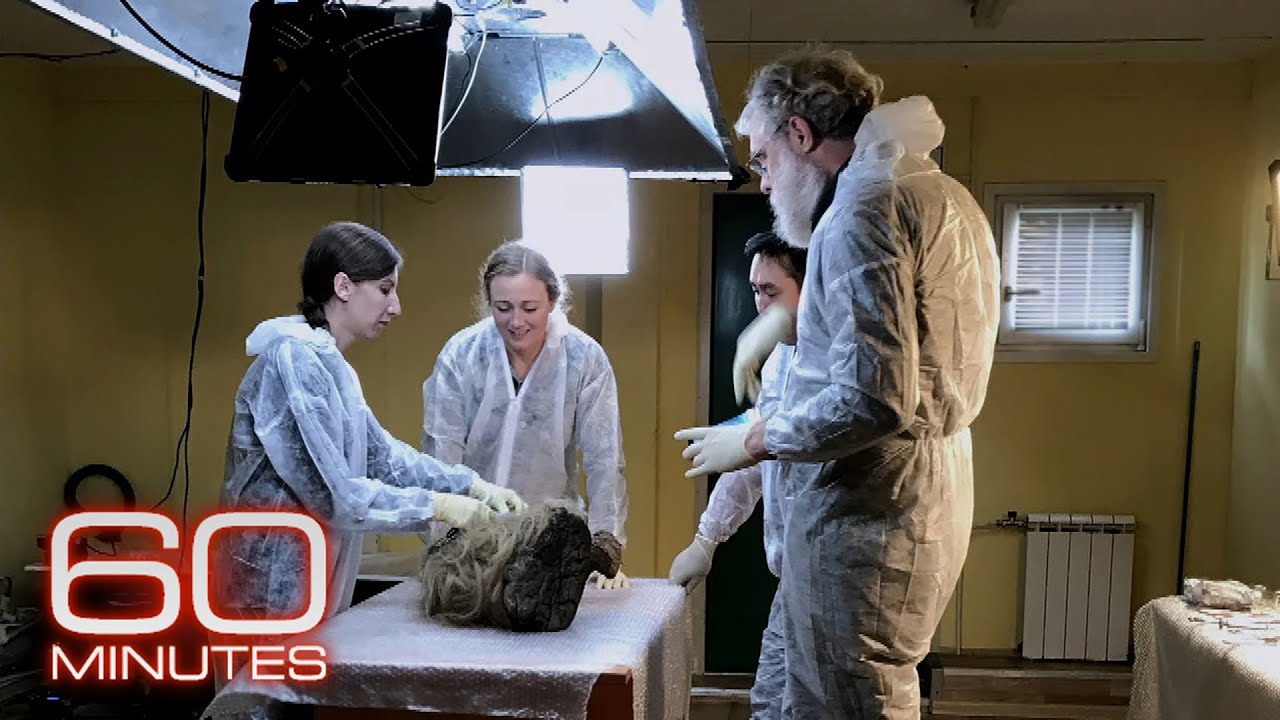 60 Minutes did a piece on Pleistocene Park and its founder Sergey Zimov.

If you have a mental picture of an eccentric,bearded Russian scientist you are probably not going to be disappointed but his science seems to be solid. Even if mammoths are not the solution, the problems in the permafrost he has identified will probably require some solution over the course of this century.

It is an undeniable fact that the vast majority of Earth’s ecosystems (pretty much everywhere outside of Sub-Saharan Africa, and even there things are pretty terrible) have been irrevocably damaged by the arrival of humans during a time of dramatic climate change tens of thousands of years ago. The Americas, Europe, Asia, even Australia - all are missing huge chunks of their ecosystems due to the disappearance of the megafauna.

For example, there are many plants - avocados, joshua trees, etc - which relied on giant ground sloths to eat and digest their large fruits/etch their touch seeds with their stomach acids. With these creatures gone, these plants have a much harder time reproducing. Apparently scientists at Joshua Tree National Park think climate change may cause up to 90% of the area the trees are in to no longer be hospitable to the growth of new trees. Existing trees may love on for hundreds of years more, but no new saplings means the species will be fated to slowly decline to nothing. And without the ground sloths they once relied on for seed dispersal, the trees won’t be able to colonize new habitats that are more friendly to them.

20,000 years ago almost every habitat on Earth had a diverse array of megafaunal mammals, similar to sub-Saharan Africa today. And of course the numbers of these animals are dwindling rapidly even in Africa. And this is catastrophic for the local ecologies. I don’t think any part of that is in question. Yes, as the article notes, the mammoth step was an important biome that completely disappeared along with its titular species.

Does that mean that cloning the mammoth is the solution, though? I tend to think not, or at least, there are many more low hanging fruits we could pick first.

Yes, mammoths are important, but so was the rest of the ecosystem. Bison, horses, camels, deer, elk, and wild cattle all roamed across the steppe at the same time, and these are animals that still exist, either in the wild or as domestic descendants. Their herds were stalked by wolves, big cats, and bears. Let’s start by reintroducing those species, and making farmers and cattle ranchers work around nature rather than the other way around.

Once that’s done, if our reconstructed ecology is still hurting for the lack of a keystone elephant species, we can combine genetic engineering and breeding programs to reconstruct wooly elephants and rhinos for cold weather.

I don’t think resurrecting just mammoths is a good idea. We need to also resurrect other megafauna to interact with them. Giant ground sloths, perhaps, and saber-tooth cats. These can be confined to a large park, perhaps on an island, to ensure they remain confined in a safe fashion.

And let tourists roam around in jeeps, but then a power failure opens the buildings for the megafauna to enter, and we discover the saber-tooths have opposable thumbs and prehensile tails; oh, the hubris of using lemur DNA as the base for our genetic resurrections!

I can’t help thinking that spreading mammoth manure across the permafrost will not have a cooling effect.

Pleistocene Park (Russian: Плейстоценовый парк) is a nature reserve on the Kolyma River south of Chersky in the Sakha Republic, Russia, in northeastern Siberia, where an attempt is being made to re-create the northern subarctic steppe grassland ecosystem that flourished in the area during the last glacial period.[a] The project is being led by Russian scientists Sergey Zimov and Nikita Zimov, testing the hypothesis that repopulating with large herbivores (and predators) can restore rich grassl...

The Wiki article on the park has an extensive list of the animals that have already been introduced and those that are being planned. It’s pretty impressive.

Resurrecting extinct animals is obviously much more speculative but there are apparently projects for the cave lion in addition to the mammoth.

ISTM that tramping down the snow cover can only add to global warming. Also to melting of the permafrost with added methane.

The mechanisms are somewhat counter-intuitive but the logic is that snow apparently acts an insulator keeping the ground warmer. It’s explained here and they also state that their measurements show that the temperature underground is 17 degrees cooler under the territory where the animals have a strong presence. Obviously before scaling up their solution you would want to do some very careful independent measurements and calculations and also take into account the emissions by the grazing animals themselves.

Incidentally that longer documentary in the link is great and provides a vivid picture of the father and son and how the place works. I am pretty skeptical their solution can scale quickly enough even aside from the mammoths, but I am deeply impressed by their resourcefulness and commitment to science.

Bulldozers don’t eat and digest plants and turn them into fertilizer.