I’m about to buy one of these two Ryobi 40V lawn mowers, and I’m debating whether it’s worth it to pay an extra $100 for the self-propelled model. The push one gets better reviews than the self-propelled. I’m guessing that’s mostly because it uses up the battery faster.

What’s your experience with self-propelled mowers, gas or electric?

FYI, the yard I’ll be mowing is less than 1/4 acre, rocky and uneven, with lots of bushes and shrubs. 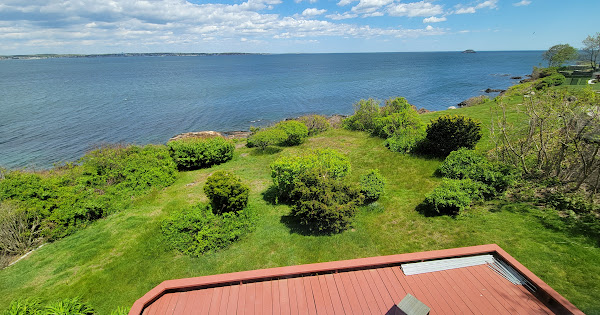 I plan to make the decision in a day or two. 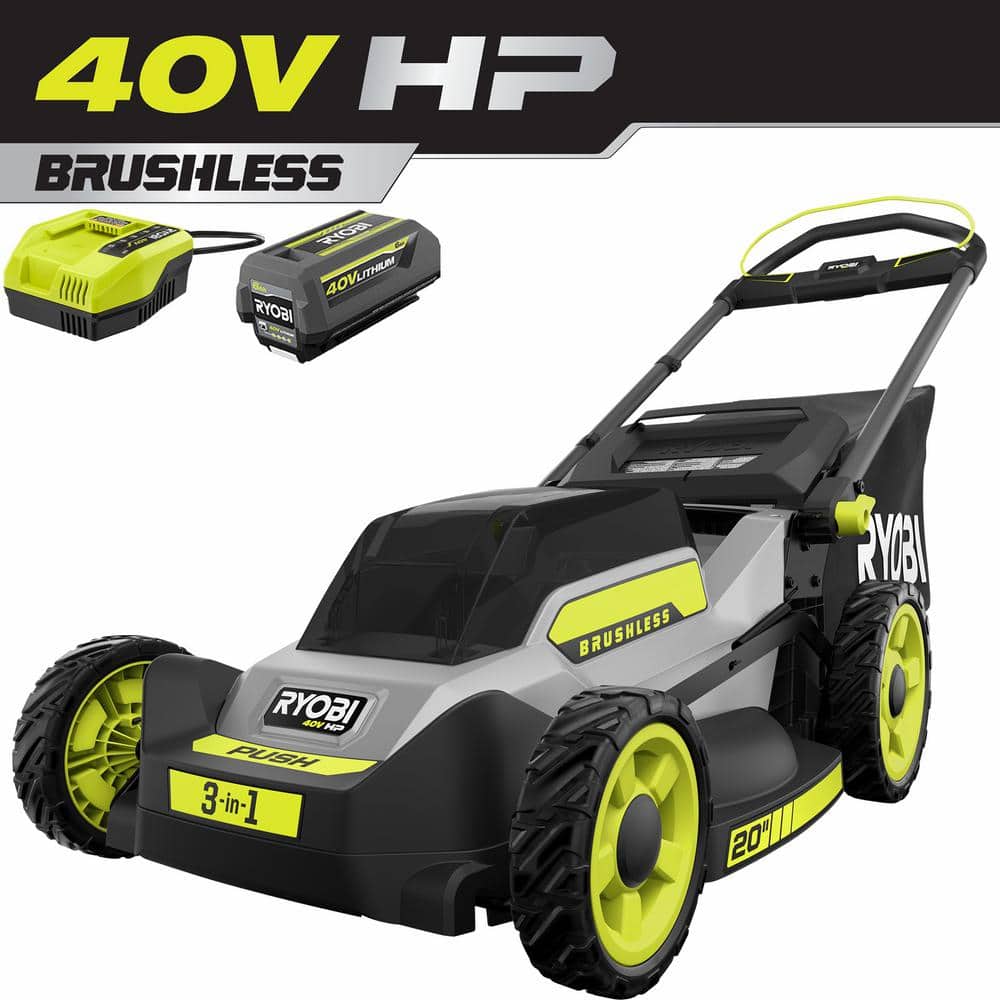 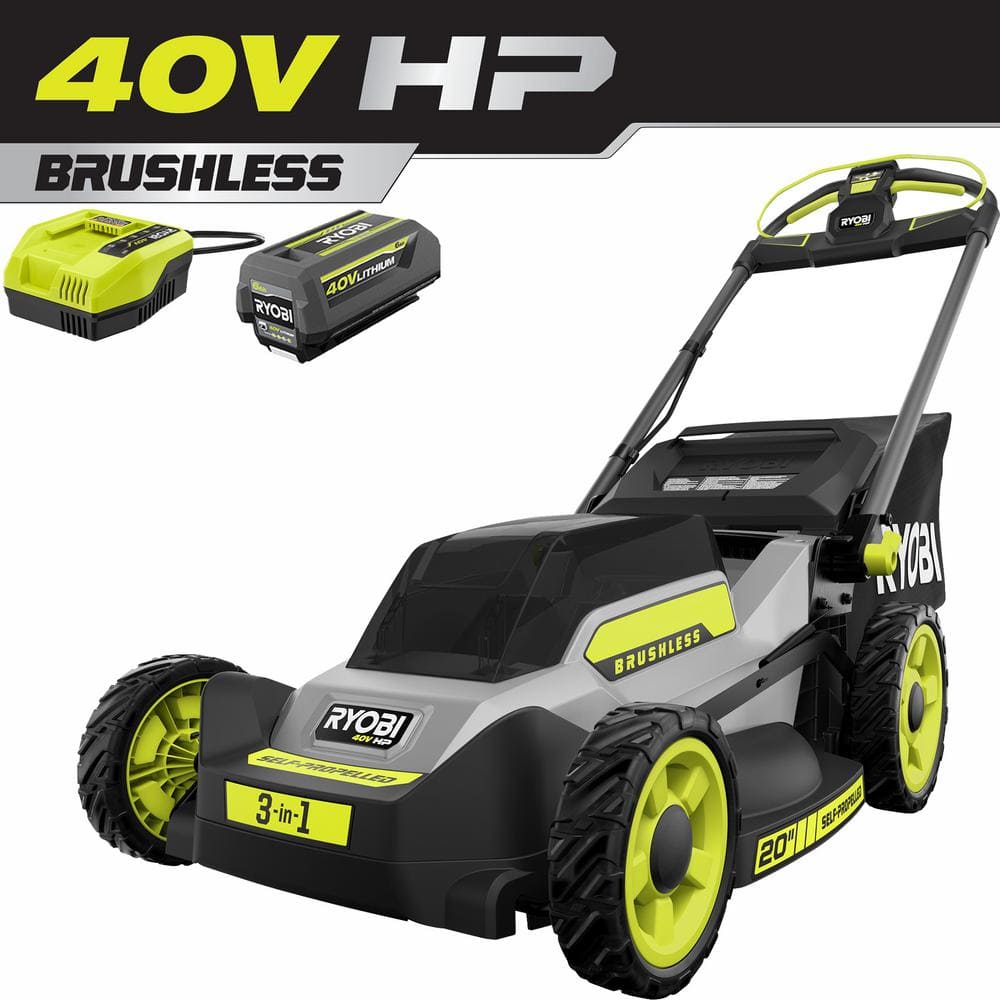 Advice on how my wife and I can save the country and the world
Should buy an electric lawnmower?
DIY and Hobby projects, small to big. Pictures of course
k9bfriender May 17, 2022, 8:36pm #2

Depends on how in shape you are and how much work you want to do.

I got a greenworks self propelled, and it’s the best mower I’ve ever had.

I have a 10,000 sq’ property so close to the same size. But pretty flat. I’m a fat 50-something and the battery operated not self-propelled works great. No need for self-propelled for me.

I went with the EGO. I didn’t NEED the self-propelled, but that was what they had in stock. And I must say it makes the job slightly more pleasant. Less of a chore. Not that it ever was a really onerous chore, but just enough that I won’t put it off, or won’t mind doing it an extra time when company is coming over.

But if you have a lot of rocks and bushes, you’ll likely be doing all of that without the self propel. Self propel is really only good for longish straight paths. So entirely not needed, but IMO, kinda nice to have. And the $100 one way or another isn’t going to make or break me.

Oh, come on. Like you don’t own an island

If you’ve been using gas mowers, you may be surprised at how light the Ryobi is. It’s plastic with an electric motor compared to a steel frame gas mower with a metal engine. Since it’s not all that much effort to push, the self-propelled feature isn’t as useful as on a heavy mower. Because you may have to be moving the mower back and forth around all those trees and such, I would probably go with the push mower. It’s lighter so you can schooch it around those trees and bushes easier and you won’t be fighting the propelled wheels. The self-propelled feature might be more useful if you had a big, flat rectangle of grass since you’d just be going back and forth over the whole thing.

But if you have a lot of rocks and bushes, you’ll likely be doing all of that without the self propel. Self propel is really only good for longish straight paths. So entirely not needed, but IMO, kinda nice to have. And the $100 one way or another isn’t going to make or break me.

I’ll come down on the other side. I have a Ryobi self propelled, and I feel like I use the drive motor most for those strange angles around my bushes and stuff where I can’t really push it well. Straight lines are easy.

It’s especially nice when going under trees. I can walk off to the side as the mower goes under

North Shore of Boston. Marblehead is visible on the left.

Is it hard to disengage the drive motor?

It’s especially nice when going under trees. I can walk off to the side as the mower goes under &nbsp

I’ve got a self-propelled Ego (brand lawn mower). Our lawn has hills, and the drive is nice going against gravity. Usually I’ll push it myself on the level areas to make the battery last longer.

If you can easily afford the self-propelled it is nice to have the drive available — maybe it will be even nicer in five or 10 years.

I use a several year-old push mower on a smallish enclosed yard that serves as spaniel habitat. Its self-propelled feature went bust awhile back, and I definitely notice the extra labor involved in trundling the mower around.

If the extra $100 isn’t a big deal, I’d go with the self-propelled model. You’ll appreciate it during hot muggy weather, assuming there’s a fair amount of that where you live.

Is it hard to disengage the drive motor?

Enjoy that Ryobi! I had the previous iteration, and I’ll never go back to a gas mower. Mine wasn’t self-propelled, but they’re so dang light that unless you have wicked hills or mobility issues you probably won’t NEED it.

One of my boys killed that mower, so I have recently purchased the Makita 36v self-propelled.

Honestly, I barely use the self-propel function at all. One of the few times I did was to make sure I was doing very straight lines on my front yard.

A bonus: It’s easier to carry a beer with a self-propelled if you’re in to that sort of thing.

Yeah - on the EGO, it is just a lever right at your hand. Close your fingers around it and off it goes. Takes a beat or 2 to engage, but pretty quick. Loosen your fingers and push.

On gas powered self propelled, if they have a speed control, it also slows the blade if you slow the speed of the mower. On an electric, they are independent.

I like that the high speed is actually a pretty brisk walk, it gets the job done faster, and acts as a bit of exercise.

Also, you don’t have to have the blade running in order to use the self propelled, which is useful for going from the front to the back, or otherwise crossing areas that don’t need cutting.

Thanks for all the replies, folks. I think I will probably get the self-propelled model. I can afford the $100 difference, and since there seem to be few if any downsides, and since I’ll be 67 years old this year, I might as well go ahead.

It was a PITA to turn off the drive on my gas mower cause you had to disengage the safety. Now, you could reengage it before the engine died, but it took effort.

On the Ryobi I have it’s a separate handle from the safety. Like a bike brake. Just grab to go whenever I want an assist.

Having the extra weight and power drain of the other motor will kill the battery quicker I would think. Maybe not a good trade off?