Can GPS successfully land a plane?

On my private plane I install the most accurate GPS unit a civilian can buy. I run it through a computer to calculate within the GPS range of accuracy the plane’s location, altitude, speed and heading. The computer has the location of the landing spots, i.e. the spot on the runway you should touch down, including altitude and direction the runway runs (like Runway 28 runs 282 degrees). I also input the math of how to land such as rate of descent, slopes, when to engage the brakes, etc. I’m probably forgetting something so assume I did it and I hook it up to my plane so that when activated it lands at the nearest airport it can get to safely (like don’t nosedive when 2500’ above an airport.

I’m flying and activate my program. Will the plane land safely meaning land on and stay on a runway?

There are systems using GPS that can land private aircraft. They’re just intended for emergencies as far as I know.

Commercial jets have been landing themselves without GPS since the 1960s.

What’s the intent of your question? Is it about GPS accuracy or something else? GPS is accurate enough to put an airplane on the centreline most of the time but it has limitations like any technology.

GPS can’t do much of anything, but systems using GPS can do all those things.

Auto-land based on normal Instrument Landing System aids have been operating at Category III standards since 1968.

GNSS-based landing aids are categorized by the ICAO Ground Based Augmentation System, which actually “cheats” on pure satellite-based geolocation with benchmarked ground receivers in the vicinity of aerodromes feeding GNSS corrections to the aircraft.

(The FAA used to call this technology Local-area Augmentation System, which is the title of the Wikipedia page below.) The local-area augmentation system (LAAS) is an all-weather aircraft landing system based on real-time differential correction of the GPS signal. Local reference receivers located around the airport send data to a central location at the airport. This data is used to formulate a correction message, which is then transmitted to users via a VHF Data Link. A receiver on an aircraft uses this information to correct GPS signals, which then provides a standard ILS-style display to use while flying a ...

Of note is the following paragraph: 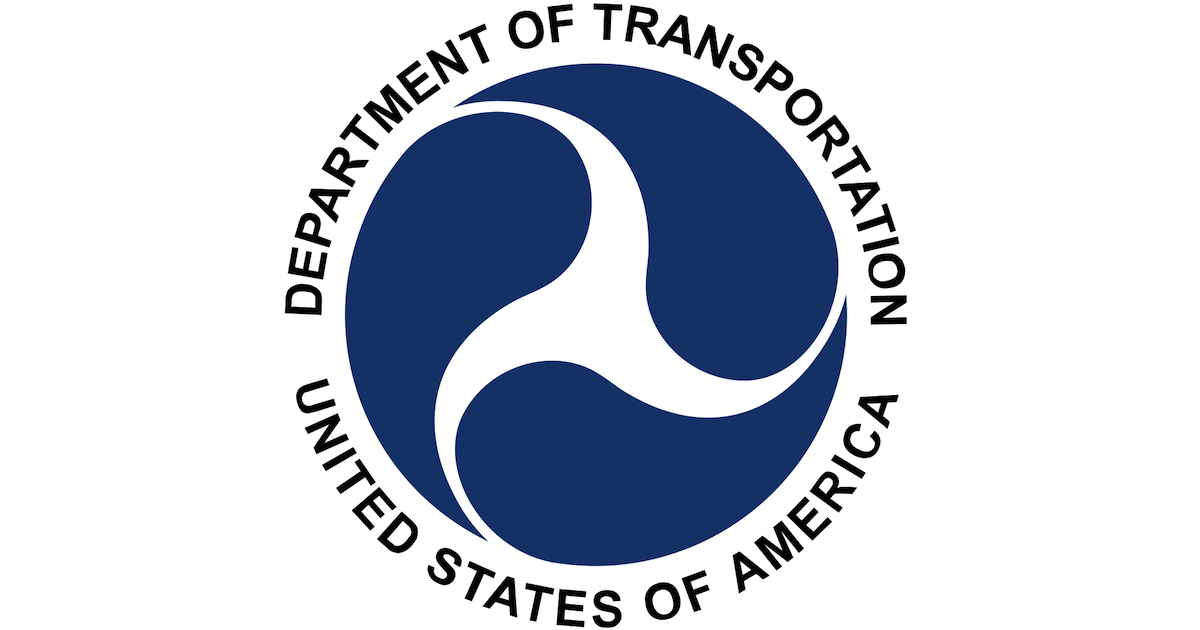 Satellite Navigation - GBAS - How It Works

The Federal Aviation Administration (FAA) contributed to the validation of ICAO SARPS for GAST-D GBAS, which will enable GBAS approaches to CAT III minima. These standards were effective in 2018, and will be the basis for any vendor wishing to pursue FAA System Design Approval for a GAST-D GBAS.

All my searching could only turn up references to trials and experiments with GAST-D approach services, and no discussion of auto-landing in those contexts.

In other words, not yet.

I have an automobile GPS, not aviation, but sitting at a light I can watch the altitude bounce up and down 10 feet. It would seem that is pretty critical trying to land a plane.

We require great GPS accuracy at work. So we pay for augmented correction services. Terrastar.
This gives us 10 cm when all is working well. But it can still go astray. Our equipment does not move at aircraft speeds horizontally or vertically. So I can’t attest to it’s accurate fast update of position. But it serves us very well.

GPS can’t do much of anything, but systems using GPS can do all those things.

This sums it up pretty well.

Even with very accurate GPS data (which we mostly have now), you’d have to have systems to control the throttle(s), brakes, etc.

And as was pointed out, GPS has no way of determining indicated airspeed, which is what you need to land an airplane. It can only compute groundspeed.

After having been activated, the emergency autoland system selects the best airport, which will have a published GNSS-based-instrument approach, for landing. When doing this it takes into account a wide range of factors such as runway length and width, flight distance, fuel range, terrain, weather and others. The system is continually monitoring for known terrain and weather hazards right down to landing. You can learn more about this process from the 2 minute mark of the Cirrus video below.

All of your other information references using GNSS based autoland in normal operations. The Garmin system is an emergency system.

True. I haven’t flown for the last two years (thanks COVID) but in my brief time in aircraft equipped for auto-land I did only a handful, maybe a couple each year. There was also a period of time where each aircraft had to do one per month as part of the maintenance requirements. The flight-plan would note if this was required and we would fly it in clear weather. Later on that was deemed to be unnecessary

Unlike the Garmin emergency landing system, commercial auto-land requires a significant amount of pilot input in terms of setting it up. That said, it’s actually the same setup as any other landing. I imagine other types are the same, with the A320, if it is setup for an ILS and everything is functioning correctly, it will auto-and unless you take-over.

The nature of the geometry of GNSS is such that altitude is generally not as good as location. So augmentation here may be needed.

The biggest problem with the nav systems is unpredictable ionospheric delay of the signal. Local accuracy augmentation systems cancel this out in their vicinity. Improves altitude as well.

Basic wind correction could be pretty easy to cope with, but gusty conditions challenge even the best. However techniques such as Kalyan filters can do a remarkable job in even challenging circumstances. Not sure I would trust my life to one.

Resistance to jamming and spoofing is also going to be a serious consideration. Try to avoid Die Hard 2 scenarios.

Whatever techno-magic they use here is an example of a small aircraft landing itself. Clearly it can be done. It is a selling point in some planes (pilot dies/unconscious, press a button and the plane will land itself).

I am guessing the plane uses GPS to get close to an airport then uses signals from the airport to land. They are not clear if the plane can land itself at any airport (read rural airport without navigation aids). 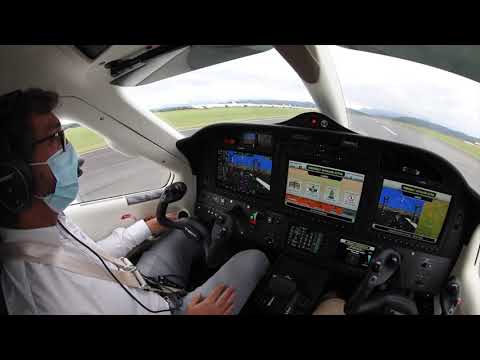 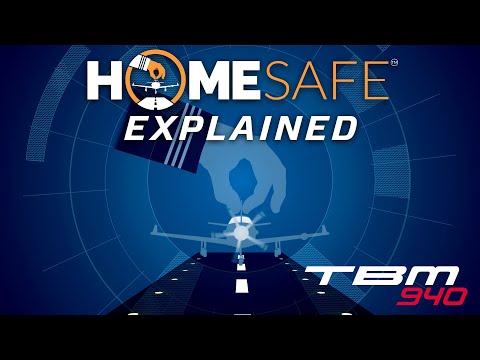 What’s the intent of your question? Is it about GPS accuracy or something else?

Both. Primarily the accuracy but if there are elements of landing a plane that technology just cannot handle such as running coach pointing out cross winds.

I had read somewhere (in general media) that commercial airliners did the vast majority of their landings by computer, with the pilot standing by. I guess this referred only to short final until runway contact, not to the approach itself where ATC intervenes, etc. But are you saying that the pilot is usually handling the plane manually all the way to the ground ?

How about a carrier takeoff and landing so accurate they had to add programming to vary the touchdown point? They were wearing a spot on the deck down. 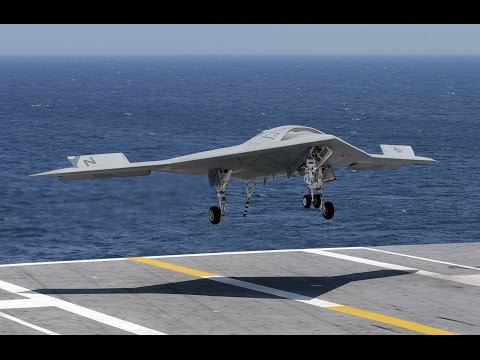 I have a friend who has founded a startup to do just this thing- fully automated flights: 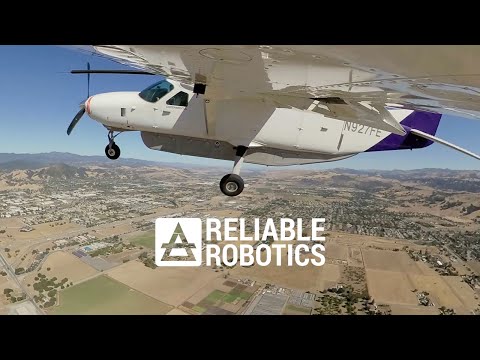 I had read somewhere (in general media) that commercial airliners did the vast majority of their landings by computer, with the pilot standing by.

Not even remotely true. As I said, very few landings are “auto-land”. A pilot is in control of the touchdown in the vast majority of landings.

We often use various forms of automation during an approach, but not always. But it is usually turned off at least 200’ above the runway. And we frequently fly full approaches by hand. Here’s an article by the excellent Patrick Smith with some more detail:

ISTM the issue is not that a computer can’t land a plane. Clearly they can.

The issue is other traffic. If an autoland button is pushed it is basically a mayday and ATC clears all traffic near the plane and it just arrows to the nearest airport and lands itself assuming nothing else is in the way.

In real life you need a pilot to navigate through all of the traffic and deal with ATC instructions. Computers cannot manage that yet.

I’ll mostly agree with this, and go a step further - it’s a question of “certification”.

There are lots of things - including fully automated airliners requiring no pilots at all - that are completely possible and doable right now, but aren’t certified for use for various reasons.

A more esoteric example would be the use of WAAS-enabled approaches. I have flown a number of jets that were capable of using WAAS and flying down to their published minima, but for whatever reason we weren’t authorized to utilize it. Sometimes the company lacks the OpSpec for it, sometimes the WAAS installation lacks some technical characteristic that keeps it from being blessed as authorized.

But the fact is we have many airliners flying around with far less capability than some GA airplanes. This is partly an economic decision (it costs money to certify and train on new equipment), and partly because the stakes are higher in the airline / charter world, and it’s harder to get things certified.

But if you’re a Part 91 pilot with a Cessna whatever, sure go ahead and throw in some fancy avionics. If you fly IFR it would need to be certified for that. But if not, you can have all the bells and whistles in the world and the threshold for use is quite low.