Can teachers unionise in the United States? Can they go on strike?

This is a fork from the thread on teacher shortage. I didn’t want to hijack it.

Can teachers form unions in the US? Can they go on strike? Because some of the issues raised in that thread, like teachers having to buy school supplies from their own money, sound like the sort of thing that could be addressed by collective bargaining, so I’m curious what the law is on unions and strikes.

Yes. My wife is a teacher and belongs to a union. In 23 years she has never been on strike, but teachers unions do go on strike around the country , now and again.

I don’t know the numbers.

ETA: Sorry. kenobi_65 is correct of course. not all teachers.

Depends on the state. As per Wikipedia:

Teacher strikes in the United States

From 1968 to 2012 at least 839 teacher strikes have occurred in the US. 740 of these have been in Pennsylvania. Teacher strikes and walkouts have since increased in popularity outside of Pennsylvania due to the Red for Ed movement in 2018-19. The 1919 Boston Police Strike chilled union interest in the public sector in the 1920s. The major exception was the emergence of unions of public school teachers in the largest cities; they formed the American Federation of Teachers (AFT), affiliated with t...

Edit: Here’s a more detailed state-by-state list on whether teachers are allowed to collectively bargain (i.e., join a union), and whether they are legally prohibited from striking.

Interesting. Thanks. Should have known there would be a wiki article on it.

Teachers at my son’s own school district went on strike for three weeks in May, 2019. This is in California.

Teachers in NJ are pretty much in Unions. Nearby town of Middletown has had several teachers strikes over the decades.

The U.S. does not however see teachers’ labor unrest on a wide regional scale, as in Canada.

The teachers’ union in San Diego went on strike for a week when I was in 7th grade in 1996. The teachers encouraged us to stay home, which my sister and I did. The schools stayed open and basically recruited anyone who walked through the door to babysit the handful of kids whose parents insisted on bringing them anyway. 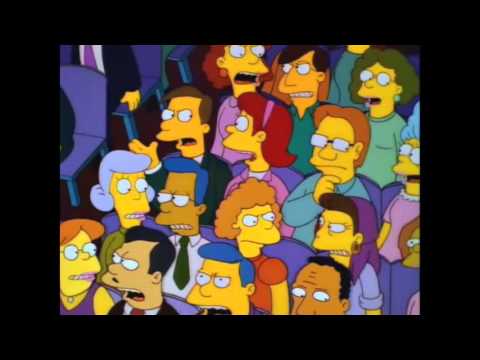 I think what would really get legislators’ attention, faster than a teachers’ strike, would be a student strike.

Think about it. School districts live and die by their attendance; that’s why they’re so adamant about enforcing truancy laws. So if a significant percentage of children enrolled in Anytown School District suddently came down with a chronic, intractible, and idiopathic case of The Shits – particularly, one that the parents seem to think will mysteriously clear up once the district gets its act together – then things are going to start happening.

The schools stayed open and basically recruited anyone who walked through the door to babysit the handful of kids whose parents insisted on bringing them anyway.

I recall Jerry Pournelle from time to time in his columns and blog (so, about 20 years ago) made snide comments about teachers’ unions and how they were destroying the country and ruining education; saying that it was impossible to fire incompetent teachers, etc. His wife was an educator focused on remedial reading, IIRC, which, combined with his more right-wing tilt, informed his view of California’s school system.

OTOH, I had a relative who had been a special needs teacher in a western state and she mentioned that the school system was abysmally funded. I never asked about a union, she never mentioned one. So whatever their collective clout, it wasn’t much.

The U.S. does not however see teachers’ labor unrest on a wide regional scale , as in Canada .

I was confused at first by your summary; you meant “provincial”, I think? ““Regions” in Canada tends to be more than one province.”

Does that mean that teachers’ unions in the States are not organized on a state-wide basis?

Does that mean that teachers’ unions in the States are not organized on a state-wide basis?

Again, it varies. But, when teachers go on strike in the U.S., it’s typically teachers at one particular school district, rather than a statewide strike.

This article lists the biggest teachers’ unions in the U.S.; most of the biggest ones are state-level unions, but it also lists two national unions (the NEA and AFT).

Here in the Chicago area, public school teachers in the city of Chicago have their own union.

Caring, united, democratic: CTU is more than 25,000 teachers, paraprofessionals and clinicians acting as one. In every school and workplace, unity in action protects our members and the students we serve. Along with parents, students and community we...

The U.S. doesn’t have provinces, which is why I referred to regional activity.

I see there have uncommonly been statewide teacher labor actions in the U.S. (as in West Virginia a few years ago, whether declared strikes or teacher in numerous counties calling in sick). But as noted, most such cases involve local districts.

The schools stayed open and basically recruited anyone who walked through the door to babysit the handful of kids whose parents insisted on bringing them anyway.

No, that’s a factual description. Parents insisted on bringing kids to school even though teachers were on strike. Nothing insulting, just a fact. There is nothing pejorative or judgmental in that description.

One thing that teachers do sometimes to make a statement without striking is to “work to the rule.” Nearly all teachers do work that they don’t get paid for, because they care so much about the students. “Working to the rule” means they do exactly what they are required to do, no more, no less. And then the system’s dependence on them become glaringly obvious.

No, that’s a factual description. Parents insisted on bringing kids to school even though teachers were on strike. Nothing insulting, just a fact. There is nothing pejorative or judgmental in that description.

I grew up with two working parents and, by the way, my mom taught kindergarten. We didn’t have the privilege to have a parent stay home to take care of us.

Student attendance was about 30% during the strike. Are you inolying that 2/3rds of San Diego parents were unemployed at the time?

Of course not and your math skill are lacking. Of those 2/3rds the much more likely possibilities are only one working parent, wealthy enough to afford child care, one parent able to take time off, other family or friends able to help and that’s just off the top of my head.