Can you remember lyrics of songs in foreign languages?

I can’t figure out whether I have some sort of a medical issue or if it’s normal, but I can’t remember even lyrics in my own language, I can hear a song a million times, I can remember the melody, at what exact part the text starts and so on, but I can’t sing more than 2 sentences without making at least one mistake and often forgetting the rest.

Then I see singers sing live during talk shows in completely foreign languages and even multiple languages which they don’t know and I consider them as having superpowers. I can’t remember even lyrics in my own language, yet they can sing entire songs without mistakes in a completely different language.

Is it just me or do other people struggle with this as well?

It depends. I’m sure many struggle. To learn the lyrics of a song you either have to hear it a lot or be motivated to learn the lyrics by listening carefully. Sometimes I source lyrics online, but that doesn’t always mean I’m trying to learn them by heart. I know a lot of song lyrics, some better than others, but much more so the songs enjoyed growing up and in my decade of university.

Now if only I could sing.

I still remember the lyrics to several songs learned in formal foreign language courses, including a lot of terrible French songs (Chevaliers de la table ronde…). And to select songs I liked enough to listen to often.

It probably makes a difference if the singer grew up speaking multiple languages or travelling a lot. Good singers travel a fair bit and so might have already put in a lot of time to practicing a few songs in a given language. With practice, a good coach, phonetics and a lyrics screen I am sure with enough motivation many people could knock out one song in easier languages.

I studied Russian in high school in the mid-late 60’s, and I can still remember a few songs, although after 55 years there is the occasional line that I don’t quite remember.

I also used to sing solo (amateur) in piano bars (songs in my native American English), and I nearly always had to be able to see the lyrics, partly because I was doing a lot of different songs, but also because of performance anxiety and all the other things I was trying to remember, like how to sing.

I took three years of French in high school, 40 years ago. “Les Chevaliers de la Table Ronde” is one of only two songs that I remember, and am still able to sing.

(The other is a Christmas song, “Un Flambeau, Jeanette, Isabelle.”)

I caught the end of the final episode of The Masked Singer and was quite impressed with Jewel’s version of * La Vie En Rose.* I don’t know if she knows how to speak French but it certainly sounds like she knows what she is singing. 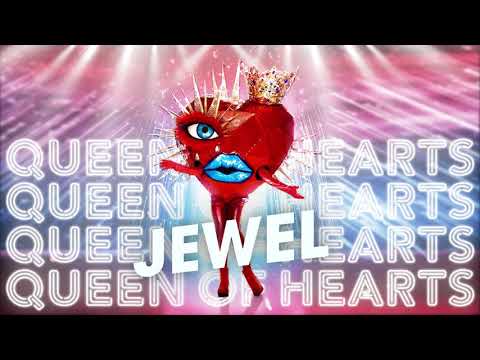 There was the odd foreign-language song that due to its popularity, top-40 stations would play it so often that I could usually mouth the words - e.g. “Dominique” by Soeur Sourire (Singing Nun) in French, or “Sukiyaki” by Kyu Sakamoto in Japanese.

Yes; I can and do remember the sounds I need to make to replicate the music I am hearing. I often don’t know what I’m singing.

Well, English is not really foreign to me, but it’s not my native language, but I know much more English songs than in any other language, thousands actually. I also know some French and therefore remember some lyrics of French songs, but not as easily as English ones. I don’t speak Italian, but remember some phrases phonetically of Italian songs. And I admire international singers like Nana Mouskouri or Mireille Matthieu who are able to sing in several languages from all around the world. Nana is a special case, she doesn’t only sing in a lot of languages, but also speaks some of them very well. I know that she’s at least fluent in English, German and French besides her native Greek. Ioanna "Nana" Mouskouri (Greek: Ιωάννα "Νάνα" Μούσχουρη [i.oˈana ˈnana ˈmusxuri]; born 13 October 1934) is a Greek singer. Over the span of her career, she has released over 200 albums in at least twelve languages, including Greek, French, English, German, Dutch, Italian, Portuguese, Spanish, Hebrew, Welsh, Mandarin Chinese and Corsican. Mouskouri became well known throughout Europe for the song "The White Rose of Athens", recorded first in German as "Weiße Rosen aus Athen" as an adaptation of h...

As Wayne Newton might put it, " Danke Schoen for this thread"

I can remember lyrics in Latin (which I don’t know at all) and German (which i have some knowledge of). I suspect that a lot of people know some Latin Xmas songs without any other Latin knowledge

I generally don’t have much difficulty learning and remembering lyrics in languages I don’t speak.

If I’m interested in a song, I’ll look up the lyrics and the English translation. If necessary I’ll sometimes look up individual words so that I can see how the meaning is put together. Once I’ve done that I’ll remember it. 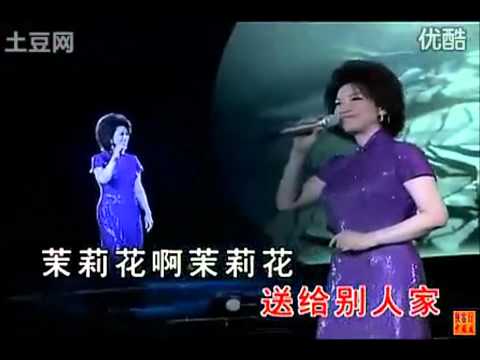 Growing up in Ontario and being in French Immersion schools from K5 through grade 8, I learned both the French and English versions of the national anthem, but TBH for the first many years I’m sure I only knew the French one phonetically. 'cause honestly, when would most of the words in “Terre de nos aïeux;Ton front est ceint de fleurons glorieux!” ever show up in a lesson? When I finally did figure out what the lyrics were saying, it was striking. “Car ton bras sait porter l’épée, Il sait porter la croix!” No separation of church and state, here at least in Quebec when that was written.

At the other end of the classiness spectrum, I used to say that all the German I knew came from a Frank Zappa record (“Fick mich, du miserabler hurensohn” “Streck aus deinen heissen gelockten”), but at least the back half of the song is the English translation. I was taking German at night school until the first lockdown last year and who knows, maybe would have eventually gotten to the good stuff.

I speak 5 languages. One language that I don’t speak is Russian. However, I can sing the Russian national anthem in all three versions (the 1944 and 1977 Soviet versions and the current 2000 version; I can also sing Paul Robeson’s English version of the first of these), as well as “Katyusha”. Also the revolutionary song “Po Dolynam I Po Vzgoryam.” I can actually sing the latter in Czech, Serbian and French too. However, I have a worse memory for the lyrics in French than in the other versions.

I can also sing several Slovak songs, but that doesn’t really count as Slovak and Czech are mutually intelligible.

There is also the widely-known:

Lark, sweet lark,
Lark, I am going to pluck you.

I can’t remember even lyrics in my own language

I’m sure I’m not alone in saying that I’m pretty sure it’s easier for me to remember song lyrics than to remember words that aren’t set to music.

That’s why, thanks to Schoolhouse Rock, I effortlessly learned the Preamble to the U.S. Constitution.

First foreign song I remember translating for myself … I was in seventh grade, and I started going through the French-English dictionary thinking to myself: Wait, WTF is this song about?

During a road trip from West Texas to Albuquerque and Santa Fe, a buddy spent most of the six-hour drive getting me to memorize the Spanish words to :La Bamba." That was decades ago, and I still remember it.

But the aforementioned “Frere Jacques” is probably my first one, way back in elementary school. Not quite up on that one anymore.