Okay, I’m trying to parse this out…Is this guy a conservative or not?

I suspect yes. By seeing reality (conveniently after the election) and trying to belatedly get serious about COVID, Kenney has exposed himself as not being conservative enough to the extremist faction.

Or maybe they really belong to the “vaguely Conservative-associated conspiracy theorist” faction.

Grey has the answer here:

Don’t forget the Conservatives split into Conservative and Wild Rose parties. They joined back together becoming the United Conservative Party. Kenney has to balance the demands of a rural/libertarian faction and the legacy Conservative faction. He has the same problems O’Toole has really.

So basically he’s pissed because Kenney has not killed enough people yet for his liking.

I know conservatives who never liked Kenney’s pragmatic immigration policies while in Ottawa. I know people upset about his positions and repositions on Covid. Or pipelines. I think he has a few good points, fewer than before.

But after the fallout, when someone says “Oh my God, they killed Kenney!” it might be hard to determine the they.

It’s worse in Alberta (according to news reports). There are counties with vaccination rates of about one third, and nobody checks there because it would cost them the majority of their customers.

Also AHS gave us editable PDF’s for vaccination cards. Editable. So anybody can put pretty much anything they like on it. Thanks, Jason Kenney and the fine people of the United Conservative Party. QR codes may be coming down the road. Meanwhile, it’s a shitshow.

Or C.R.A.P. For short. Yes those were the days.

An aside: @Biffster, it sounds like you’re an Albertan. As am I. Did you have a laugh when local comedians discussed the name of Calgary Airport’s new international/transborder terminal, as Stephen Harper International Terminal?

The receipts that came at time of vaccination in Ontario were like this. If you go back into the portal now and download your receipts, now they are watermarked and signed. Nothing like bolting the barn door after the horses have been stolen…

Yeah, leaving your official document editable is a stupid oversight.

On the pther hand, if it wasn’t it would only add about 30 aeconds to your forgery to do it in Photoshop. I printed ours our, and changing the name on them would be trivially easy no matter how they were protected.

Failure of government, not of the public service.

Yeah, we’ve gone with QR codes. For a mandate that starts tomorrow, the verifier apps launched yesterday. The iOS wallet app did as well, but the Android wallet app still hasn’t launched. This all after the QR codes were messed up when they were first made available for download last week (they included other people’s information - whoops) and we were asked to delete and re-download codes that were first available just three days ago.

In the mean time, of course, Saskatchewan’s online health services portal is absolutely slammed. Lots of people were making accounts on it for the first time, and it’s been glitchy as fuck because of the overload. I’ve managed to navigate the system, but I’m hearing lots of reports of people who simply get errors when trying to log in to their new accounts.

All this because Moe & Co were up till two weeks ago steadfastly announcing every time they talked to the press that vaccine mandates weren’t even being considered.

Albertan. As am I. Did you have a laugh when local comedians discussed the name of Calgary Airport’s new international/transborder terminal, as S tephen H arper I nternational T erminal?

I would have approved that!

So many possible mottos:

So, this is probably the place to discuss the Federal vaccine mandate that was announced yesterday. 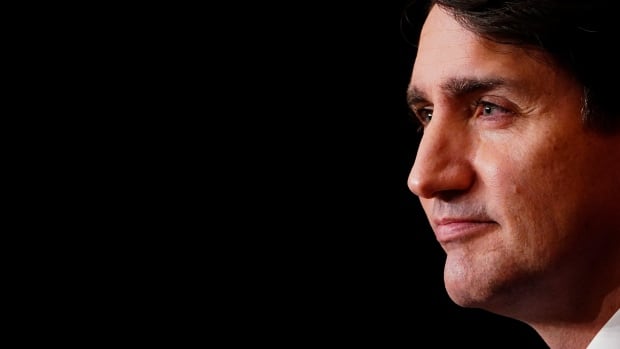 Federal public servants, RCMP and air and rail travellers must be vaccinated...

Prime Minister Justin Trudeau unveiled his government's mandatory vaccine policy today — a mandate that will require public servants to either get their shots by month's end or be forced into an unpaid leave of absence. All would-be travellers...

I’m a civil servant, and they didn’t waste any time sending out messages about this. One key take-away is that this applies to everyone - even if they’re currently working at home, as so many still are. The theory is you might have to come in to the office in an emergency, so they want everyone vaccinated just in case.

I haven’t seen anything yet on how we’re supposed to register our vaccination status, though. I expect that to be a bit of a Phoenix at first…

I’m not sure how it’s suppose to bolster “faltering vaccination rates” when the federal service is ~300,000 and most of them are in Ottawa where there’s an 88% vaccination uptake.

89% would be better. Yeah, it’s not the real problem area, but every move that helps, helps.

That said, more than half of federal employees don’t work in Ottawa. It’s about 40% in the capital region.

I’m not sure how it’s suppose to bolster “faltering vaccination rates” when the federal service is ~300,000 and most of them are in Ottawa where there’s an 88% vaccination uptake.

I suspect there’s a big “lead by example” aspect of this. “How can Teh Gobbermint tell us we need to be vaccinated, if their own employees don’t have to be?!?”

I haven’t seen anything yet on how we’re supposed to register our vaccination status, though. I expect that to be a bit of a Phoenix at first…

And further to this, we did receive a notice about it this morning. They don’t actually require proof of vaccination, we have to digitally sign an attestation that we are vaccinated. If they discover that you lied about it, though, you’re subject to disciplinary actions (that seem to be over and above the leave without pay for being unvaccinated). They leave open the option for managers to ask for such proof, in cases where they suspect someone is a liar.

The system for registering attestations is supposed to be up and running by mid-October.

If I understand correctly, the new mandate requires travelers over 12 to be fully vaccinated. There is a waiver, but it ends in November.

I have a question: If a child turns 12 years old in December, does that mean he cannot fly for the 5 weeks or so it will take him to become fully vaccinated? Even though he was allowed to fly before his birthday? There should be waiver to account for the time it takes a person to get vaccinated after his 12th birthday, but I don’t see it.