Give the money so generated straight to front line workers.

Well that will never happen.

Basically this seems to be a fantastic way for provincial governments to deflect questions around why the capacity of teh health care system has not been systematically expanded to deal with the pandemic. If beds and staffing was larger this conversation would not be taking place now.

Quebec has doubled down on trying to get folks vaccinated by threatening an extra health tax if they do not. They argue that the unvaccinated 10% are requiring 50% of the ICU or hospitalization beds and this have higher costs while vaccinations are free and accessible.

Is it legit? Too legit?. Here’s more nuanced info. 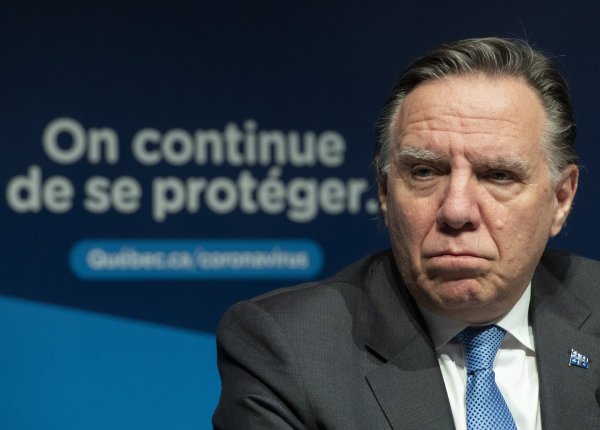 Quebec wants to tax people unvaccinated against COVID-19. Can the province do...

Legal experts say provinces have a constitutional authority to levy direct taxes in order to pay for services like health care, and that constitutional challenges will likely fail. Covid-19 live updates: Virus may infect most, Fauci says, but risk of severe...

Vaccinated Americans will be best protected against severe disease. The unvaccinated will "get the brunt" of the surge.

And just suggesting it is working: 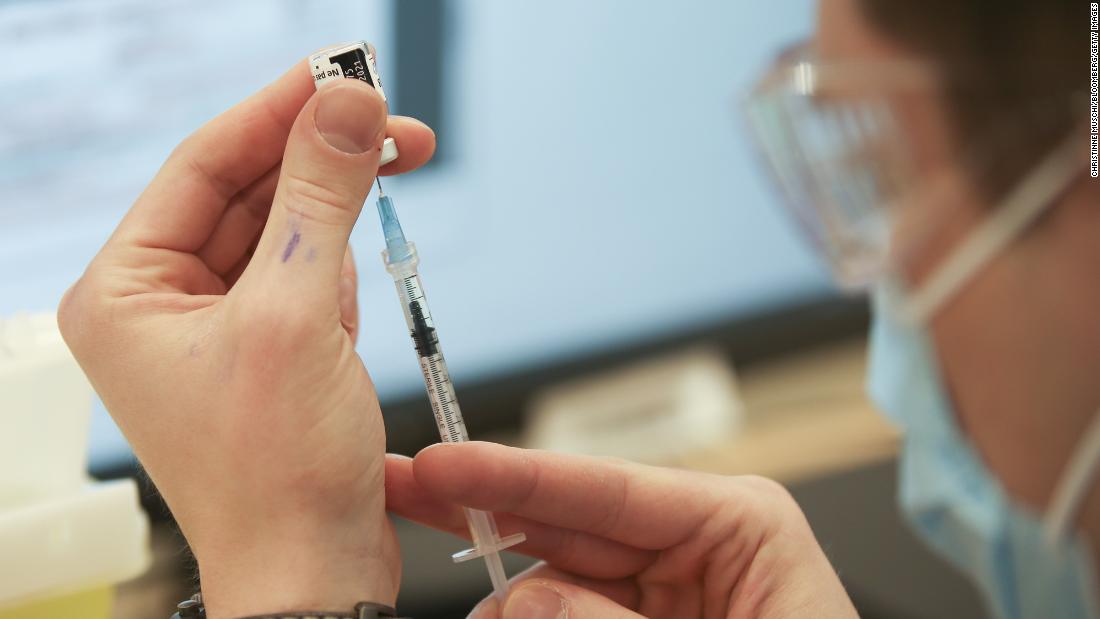 One day after the Canadian province of Quebec announced it would financially penalize residents who are unvaccinated, the province's health minister said Wednesday first-time appointments spiked in the hours following the announcement.

I am totally fine with this. It’s not physically forcing vaccination; it’s a perfectly fair way of assessing the cost of health care.

Unfortunately, they then went and rolled over on this: 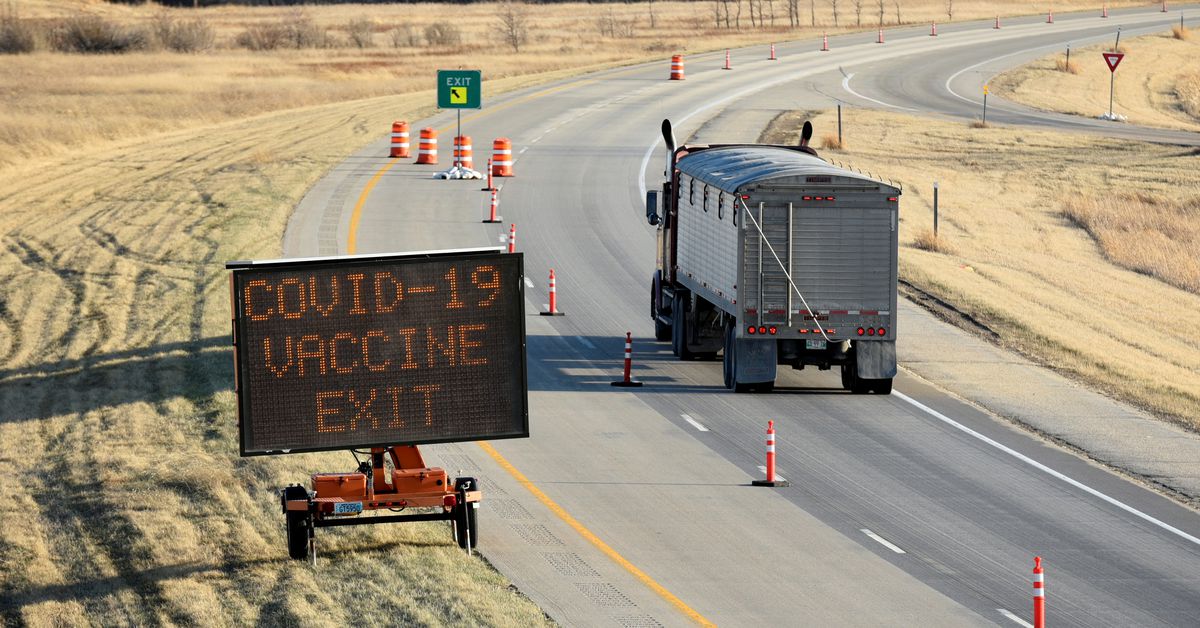 Canada drops vaccine mandate for its truckers after pressure from industry

Canada will allow unvaccinated Canadian truckers to cross in from the United States, reversing a decision requiring all truckers to be inoculated against the coronavirus, Canada's border agency said on Wednesday.

Well, I suppose the possible silver lining is that the truckers might learn collective bargaining can work, and so they might start using that against their bosses, too.

That’s a vaccine mandate. My post was about the vaccine tax in Quebec.

The use of taxes to regulate externalities is, in my opinion, usually more effective, and more appropriate in a free society, than physical force. The trucker mandate is a tricky thing because

But TAX people, and like we see in Quebec, the spreadnecks will suddenly change their mind.

They should just slow the unvaxxed truckers way down. Delay them a few hours at the border each way. No mandate, just extra aggravation. Time is money in trucking. Now it’s the transport company that will be enforcing vaccines! That’s what a private enterprise would do, in the government’s position, I suspect.

Unfortunately, they then went and rolled over on this: 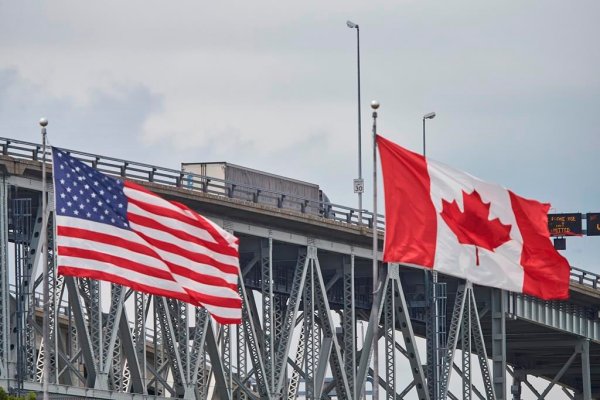 The federal government said Thursday a vaccine mandate for cross-border truckers is going forward, clearing up an incorrect statement from the Canada Border Services Agency.

You know, back during the election, when everyone was wondering why were having an election, I had a theory that Trudeau was trying to throw the election because he wanted out of this whole mess*.

Some of the stuff we’ve seen lately out of the government really supports that theory.

I continue to be impressed by how bad at governing both liberal and conservative parties are. It’s good to have common ground

Yep. As I told the guys at the pub when they were complaining about Trudeau calling the election - who in their right mind would want to be PM right now?

Trudeau got stuck with the first year of the pandemic because he had the job when this all blew up. And as bad as 2020 was, there was at least some hope that we could pull together, and pull through.

But 2021? After it was clear that there was a hard core of morons who would simply refuse to take the vaccine, while also refusing to do anything else to control the pandemic? Plus dealing with the US, which had an even bigger hard core of idiots? These people have shown that they’re willing to risk almost anything to stick to their stupid guns - they’ll lose their job, be barred from restaurants, be shunned by family and friends, get sick, and sometimes even die. Can you imagine anyone, on any point of the political spectrum, actually saying anything that will get through to these people?

Hell, they won’t even listen to Trump when he says they should get vaccinated.

Any time previous to this, if you’d offered me the job of PM, I’d have probably been willing to do it. Now? No fucking way.

I’d do it. But only if you repair the official domicile or replace it with something similar.

I live in Ottawa - blow up the residence and build a decent new one. just don’t use the people ruining the Chateaux Laurier (But that’s a different thread

just don’t use the people ruining the Chateaux Laurier

Oh, god, don’t even get me started. Apparently they passed a law that they couldn’t blend the new part in with the architectural character of the old part? Who the hell thought that was a good idea?!?

New modeling - they do move a bit away from cases and start modeling against hospitalizations. The do provide a “Omicron=Delta” and “Omicron<Delta” curves but at this point I think we’re in the < camp.

Slide 20 has a nasty looking projection for Saskatchewan hospitalization rates.

I saw the designs for expanding the chateau. They seemed modern, enlightening, intelligent and harmonious in a way that I guess you have to be an architect to appreciate or respect. Me? I’m kind of antediluvian. I like buildings which are matchy-matchy. But at least they aren’t experimenting on a historic block or much-loved part of the city. So, there’s that.

I’ll say! Didn’t they once call this a problem between keyboard and monitor? 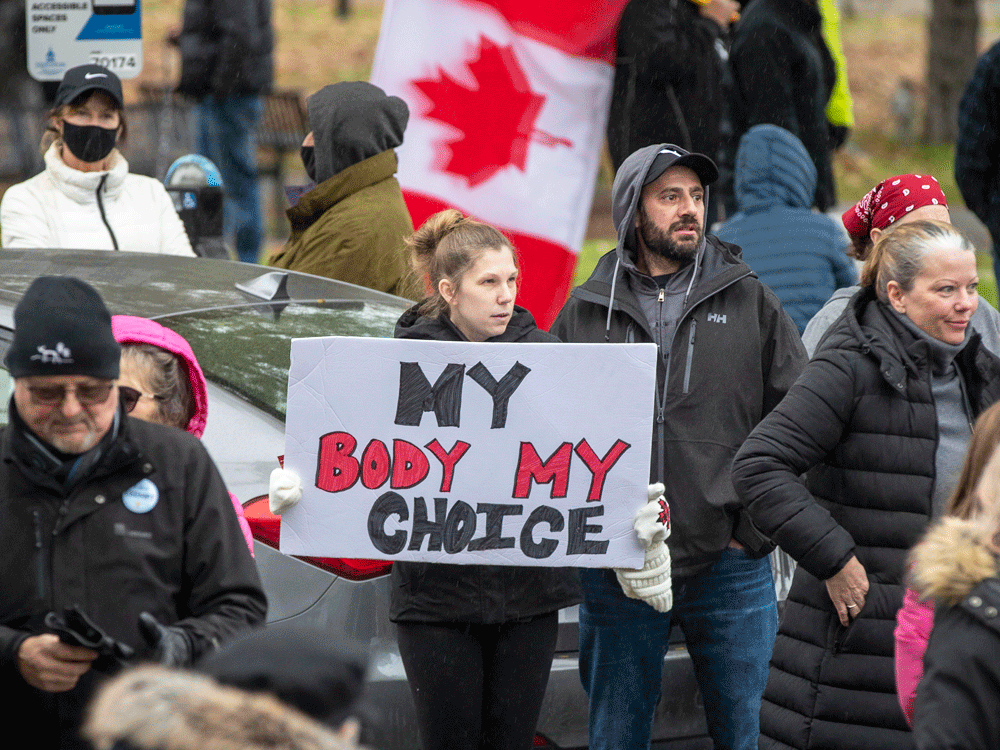 Living for the moment: Study points to cognitive differences in people who...

Researchers concluded vaccine hesitancy is associated with being less oriented toward the future, and more likely to choose a smaller reward today than wait…

In fact they did not roll over.

It’s a very stupid move; this will do next to nothing to stop the virus, but could cause serious shortages of rudimentary goods.

It’s a very stupid move; this will do next to nothing to stop the virus, but could cause serious shortages of rudimentary goods.

The only real solution is to stop being so dependent upon thousands of idiots. Alas, no one* knows how to arrange that.

*Well, okay, I know how. Stop treating drivers like shit so that people who aren’t idiots will actually take those jobs. But that’s not a solution that would be easy to implement.