If ever you were wondering what it would be like to go to a place that is bigger on the inside than it is on the outside (and don’t have access to a tardis), Casa Bonita.

Even the name is enigmatic because it is neither particularly beautiful, nor is it really a house. But it can really only be described as Casa Bonita.

If you love Mexican food, you will not find a fine representation of it here. Yet the cuisine they serve can be readily defined no other way at Casa Bonita.

It is big, yet suffixed by -ita; it feels like Disneyland somehow, yet it is clearly not. The stage show is unique and campy, but who can resist a gorilla (costume) and indoor cliff diving? You will only find both, multiple times every evening, at Casa Bonita.

It is a mediocre restaurant with (come on, admit it) excellent service, a mediocre theme park with enchanting décor. It is definitely its own thing.

We used to have one of those in Fort Worth by Hulen Mall, but it closed many years ago. I think it closed around 1983, maybe. The building itself survived for awhile (complete with waterfall and grotto) as a western wear store, among other things, but it was pulled down maybe 10 years back. I don’t think it was open for more than 4-5 years at the most, not sure why. It always seemed pretty busy.

I’ve visited the one up in Colorado when I was passing through on a road trip, probably 1992ish, and it was much nicer than the one in Fort Worth had ever been, and much much larger. The food was okay, nothing spectacular.

I was there in the late 70s - I’ve got pictures somewhere. The think I was most impressed by were the little flags on the table that you raised to signal a server - do they still have those? I thought it was genius!!

Cartman sure likes it.

The food was okay, nothing spectacular.

It’s hard to cook well when your Butters gone missing.

The think I was most impressed by were the little flags on the table that you raised to signal a server - do they still have those?

I was there in the late 70s - I’ve got pictures somewhere. The think I was most impressed by were the little flags on the table that you raised to signal a server - do they still have those? I thought it was genius!!

They did that at Pancho’s Mexican Buffet, too, in Pasadena, TX way back in the early 70s. I’m sure someone from the Jefferson administration invented it for a wayside inn. Good for busy places.
.

Cartman sure likes it.

It’s one of those places I’ve always been curious about since realizing it’s a real place that Trey Parker and Matt Stoned enjoyed. If I’m ever in the area, I’m going just because of Cartman!

The one in Tulsa closed several years ago. I think the one in Denver is still open. Do you like Cheez-Wiz enchiladas? Say no more!

The Tulsa one was a special place for me as a kid. 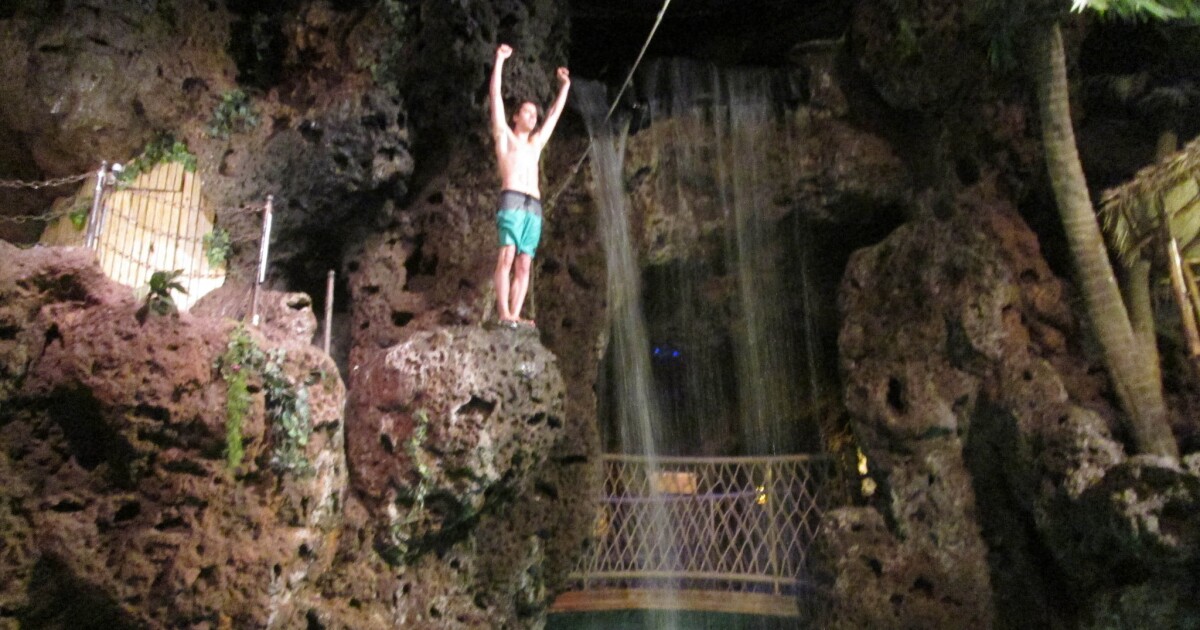 Restaurant serves up chaos and cliff divers, with a side of nostalgia

In an increasingly desk-bound world where stimulating work can be hard to find, Travis Sims is a breed apart.

When I was about 10-11, my family went to visit some friends in Denver. While my parents did some hipster bullshit in Boulder, the other mom took us go-kart driving then to Casa Bonita. Best. Day. Evar.

When I saw that episode of South Park I was like OH MY GOD THAT PLACE IS REAL IVE BEEN THERE.

OK – another reason to visit Denver other than just the new version of Elitch Gardens.

I had such fun memories of going to Casa Bonita on school field trips when I was a kid.

Then I went back as an adult and it was a totally different story. The food is so bad it’s almost inedible.

Oh gosh yes, in Denver? You gotta go to the Casa. Not frequently, not several times, even. But once is a lot of fun. We wound up there as guests as a birthday party for a 1o-year old boy. Perfect group to enjoy the place - 10 year old boys.

I was warned not to eat the food, and after looking at it, I didn’t want to. But just to hang out for a couple of hours on a Sunday, it was fun.

If your kid (or someone else’s) drug you to Chuck E Cheese’s, you have no reason to go to Casa Bonita. CEC’s food is better. Contemplate THAT!

It is big, yet suffixed by -ita.

Sigh. Diminutive-affective suffix: bonito doesn’t say anything about size, it’s good and lovely, not good and small. Can I hit your Spanish teachers with a dictionary? Softcover, I’ll be good.

Sigh. Diminutive-affective suffix: bonito doesn’t say anything about size, it’s good and lovely, not good and small. Can I hit your Spanish teachers with a dictionary? Softcover, I’ll be good.

Hey, out here in the West we learn Mexican Spanish. Now, I don’t know if that’s actually a difference in the dialects, but that’s my go-to excuse for everything I get wrong when called on it by a European. That, and Anglicization.

No, in this case it’s not a difference.

No, in this case it’s not a difference.

Sorry, I guess the sarcasm didn’t come through the text very well. Just trying to make a stupid joke.

I went for the first time in 1977 as part of a college band trip. For us small-town and farm-boy hicks, visiting Denver was a real eye-opener: the first time I saw a man in drag, going up to the top of the Radisson to see the Playboy Club, and especially Casa Bonita!

I don’t recall the food other than the sopapillas which were new to me. It was fun hiding from the rest of our buddies in the caves and grottoes and trying to scare our girlfriends. I enjoyed it at that age.

I took my family back there when my kids were teenagers. Maybe it’s because they were with their familial units, or they’re “city” kids and have seen it all, or maybe kids nowadays are more blase, but I don’t think it was quite as thrilling to them as it was to me my first time. However, now that my daughter has a preschooler she’s hinted that it’s one of the places she would take her when they visit Colorado.