Catholic Bishops can suck my ass The bishops are struggling with their differing ideas of what it means to be pastoral.

U.S. Catholic bishops on Friday voted to back a measure that could be an early step toward limiting Communion for President Biden and other Catholic politicians who support abortion rights

Gotta keep the kids alive long enough to be molestable. Of the 4,400 new allegations, 37 involved alleged abuse within the past year, eight of which were deemed substantiated.

Still over a thousand kids a year victimized by your ‘followers\employees’.

“I think the data is out there to show that the Church has been the one institution that has really taken an institutional approach to this and put in place policies and protocols that have resulted in a much safer environment within the Church."

As opposed the old institutional approach of doing nothing for victims, moving pedophile priests around after they have been caught, shield them from prosecution, threaten or punish anyone who talks, and oh yeah, fuck the kids and the destroyed lives.

And they want to deny Biden communion for thinking it ain’t Government’s business. But they are ok with Trump grabbing them by the pussy. They were ‘appalled’ by him separating children from their immigrant parents, but so the fuck what?

The Catholic Church has zero credibility when comes to…any fucking thing out there.

How Catholics got conned by Donald Trump

It was never about "pro-life." Many Americans, including Catholics, voted for Donald Trump because they believed he was "pro-life." Those who did were conned by the con artist himself. Others knew but... 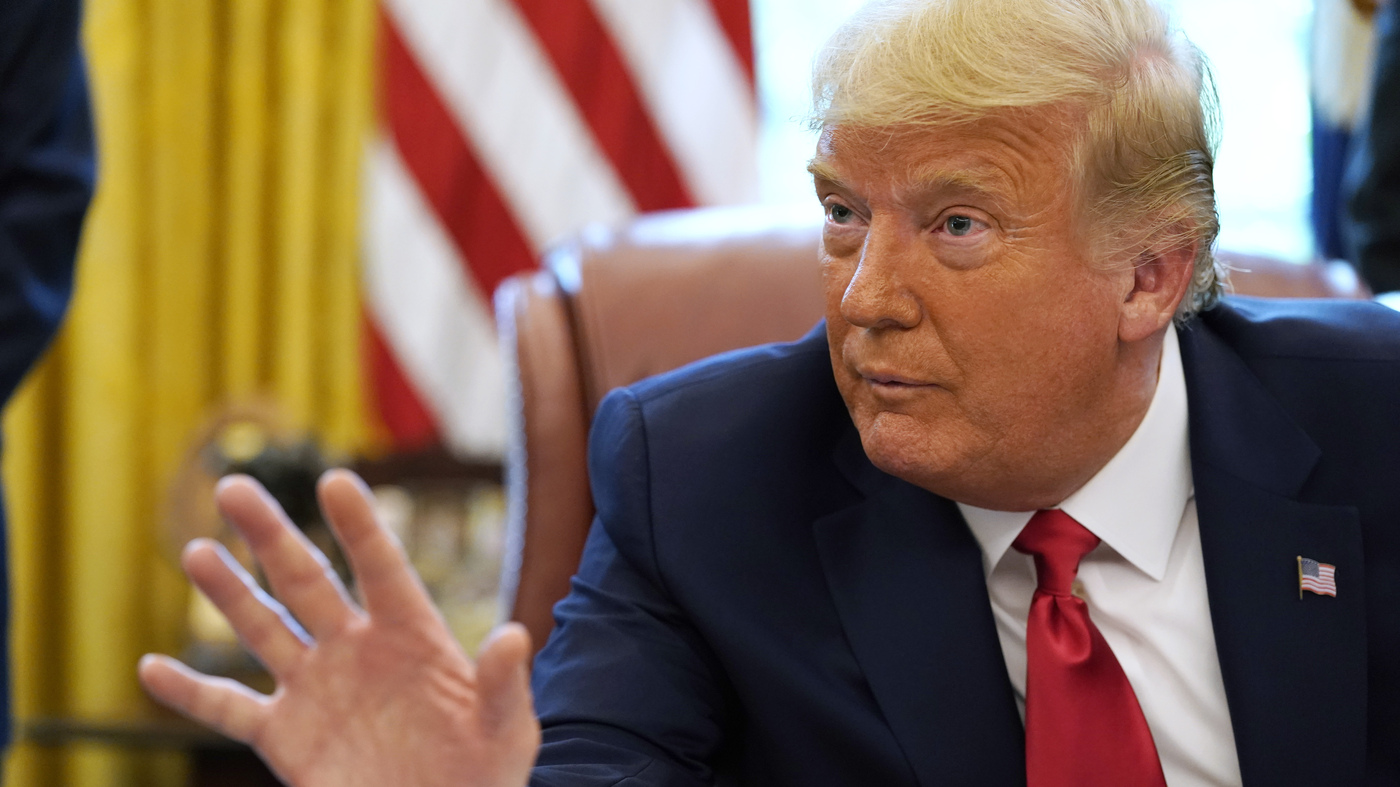 For Trump, Conservative Catholics Are The New Evangelicals

The president's campaign now realizes it was not white evangelicals who got Trump elected in 2016 but conservative Catholics.

Amoral fucks. As long as the tax free money keeps on pouring in, keep the hate going!

Nothing new though. In 2004 my parents’ priest proclaimed from the pulpit that John Kerry wasn’t a “real” Catholic (for the same reason: abortion rights).

You have to wonder what the mindset is: the unborn need to be protected, and any ostensibly RC politician not hard-core on the issue needs to be clobbered? Or is it just an organization doing what most organizations see as their top priority: asserting authority. They foreswear the use of their testicles, but I’ve never met a bishop who didn’t think his own clanked.

If its the Catholic Church, I’m going with the latter. This is the same bunch who donned Wehrmacht chaplain uniforms to minister to Commie-killers, overlooking the murders of Polish and French priests and nuns.

Even the Pope shut them down, FFS! 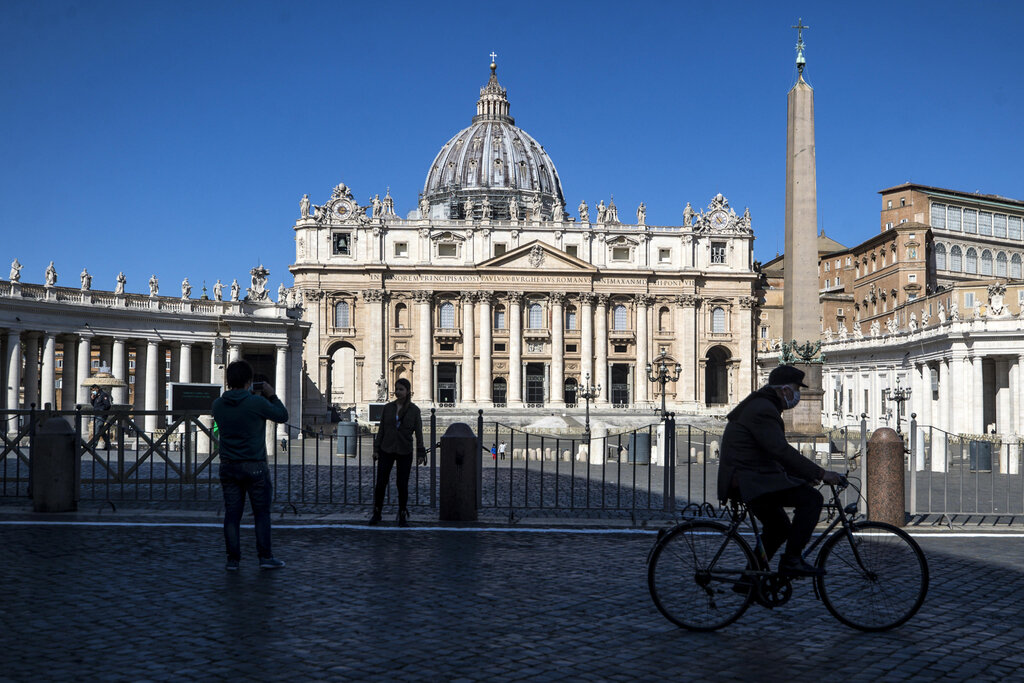 Conservative American Catholic bishops are pressing for a debate over whether Catholics who support the right to an abortion should be allowed to take Communion.

The Catholic Church has a stance on this.

And I happen to agree with the church’s stance.

Correct. I cited the Church’s stance in the post right before yours.

Will US Catholic bishops apply the same logic to politicians who support the death penalty?

If the Catholic Church in the U.S. starts expressing a position on a political issue, shouldn’t that put their tax-exempt status at risk?

Was “God Damn America” a political statement, or not? Should Trinity United have lost their tax exempt status?

(I don’t believe either Trinity or the Catholic Church should lose their status, FTR.)

Nonetheless, it should be said that what happened was that some American bishops (and no bishops from other countries), members of the United States Conference of Catholic Bishops, placed on the agenda for discussion by the USCCB a document concerning the Eucharist, and who can receive it, and who may be denied Communion.

Nothing has actually happened yet. Any number of bishops (we’ll see how many when this comes to a vote in November) oppose the proposed policy. The Archbishop of Washington, Wilton Cardinal Gregory, who would be the bishop responsible for implementing the policy when it comes to President Biden, is on record as being opposed to it.

As is the Pope himself.

It should also be pointed out that the USCCB is not a body that has any doctrinal authority at all.

If I recall correctly, the Catholic Church isn’t a big fan of the death penalty either. Are they going to deny the eucharist to Catholic politicians who vote in favor of imposing the death penalty? Judges and prosecutors who work to impose it?

Given that I’ve heard exactly nothing about Bill Barr being denied Communion, I’m gonna say fuck no.

It appears that this is a political stunt by a few bishops.

If it’s not (and they do pass the measure) of course everyone who attends church will have to be asked “Do you support abortion?”
Those who say they do will then be barred from entering.

I imagine that will be a huge fiasco.

If I recall correctly, the Catholic Church isn’t a big fan of the death penalty either. Are they going to deny the eucharist to Catholic politicians who vote in favor of imposing the death penalty? Judges and prosecutors who work to impose it?

The anti-death penalty thing is a complete fake designed to create the fiction that their anti-abortion stance is part of some hypothetical “consistent life ethic” rather than an obsession over one issue and an endorsement of one political party as it obviously is. You can be not just a politician who supports the death penalty in the abstract, but even a governor who specifically authorizes someone to be executed, or an executioner who actually kills someone, without jeopardizing your standing in the Church. The Church has no problem working with governments that use the death penalty for everything from ordinary felonies to political purposes. The same people who will lobby the hardest to excommunicate pro-choice politicians are in a constant argument with the Pope over condemning the death penalty at all:

An Appeal to the Cardinals of the Catholic Church | Various

The Cardinals must advise Pope Francis to withdraw new teaching on the death penalty from the Catechism. 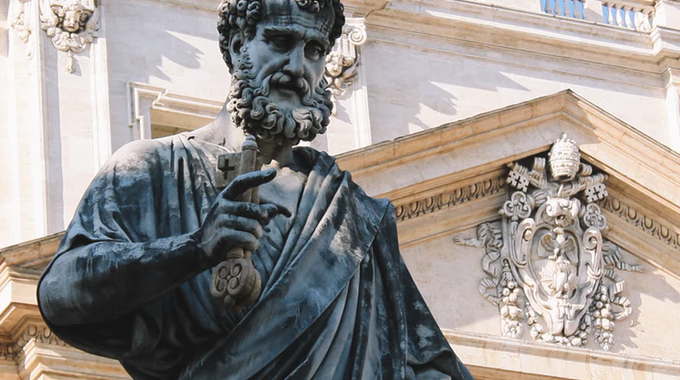 The notion that the Church is “against the death penalty” in any substantive way, rather than making meaningless pronouncements about it in the the same stream of rhetorical diarrhea that assures us there will be accountability for sex abusers the 380th time around, is a joke.

In the run-up to the election, a Catholic magazine (endorsed by those same bishops) ran an article comparing Trump and Biden on several dozen different issues, broken down by categories, with a check-mark or X for each candidate. Even in the category of “respect for the sanctity of unborn life”, they favored Biden on two of the three sub-issues. And on literally every other issue, they gave a green check mark for Biden and a red X for Trump.

No, they didn’t explicitly endorse either of them. But it’s really hard to read a checklist with dozens of check-marks for one candidate, and only one for the other, as anything short of an endorsement.

I can’t begin to fathom what these old farts hope to accomplish by even toying with this “ban.” There’s no way it can be enforced. Plenty of parish priests will continue to give communion to anybody they want to. Hell, there are plenty of defrocked and married priests who still meet to say Mass. The “power” conferred on a man that makes him a “priest forever according to the order of Melchizedek” is permanent. It cannot be revoked or undone by any earthly authority, even the Pope. I learned that from my Baltimore catechism.

Not that I believe any of that stuff any more. (Frankly, not sure I ever did.)

What Long Game are these bishops playing-- that’s what I want to know.

What Long Game are these bishops playing-- that’s what I want to know.

Best guess? They’re just trying to get Biden’s position on abortion into the news, in order to help push people to vote for Republicans in the midterms.

The only problem with that guess is that it would have made a lot more sense around this time next year. Is this perhaps some annual event, that they could do again next year? If so, the primary goal may be to bring it up next year, but they’re also bringing it up this year to not look so blatantly partisan.

Alternatively, could this be more about their distaste for the current pope, and a way to try and make him seem like he’s pro-abortion?

The bishops did (or discussed doing) similar things to John Kerry, and now it’s Biden.

Arnold Schwarzenegger is a pro-abortion-rights Catholic. I wonder why they never did this to him when he was in politics? It can’t have anything to do with his being a Republican. Maybe they were afraid he’d beat them up.

Arnold Schwarzenegger is a pro-abortion-rights Catholic. I wonder why they never did this to him when he was in politics? It can’t have anything to do with his being a Republican. Maybe they were afraid he’d beat them up.

He wasn’t eligible to run for president, plus he isn’t really a Republican, he’s basically identical to Joe Biden in policy positions and the California Republican party is so weak (especially in state-level elections due to their unique voting system) that it’s just a convenient ballot line for someone like Schwarzenegger to colonize from time to time.