Cecil Adams Is More Than One Person. Right?

I was 21 in 1973, and happen to be friends with a newspaper reporter my age who is still working for a newspaper. And although I don’t know him, we have a newspaper columnist who’s even older, and still writing newspaper columns. By contrast, Cecil is officially retired.

We know there were at least two people who wrote the column, with one coming first and being replaced by the other. There is also possibly a third who did the job concurrently with the second.

We know this? For sure? How? It’s been confirmed of course that Ed replaced at least one earlier editor of the SD column but “Cecil” has always been credited as the author of the column.

The first book certainly has a different tone than the other 4, but other than that the writing style is similar enough that to this English teacher they all appear to be by the same author – admittedly an aging author who’s sense of humor evolves into something less… snarky. And reading Ed’s posts here on the SDMB show that it’s pretty likely that Ed = Cecil. The writing style, word choice, and sentence structure are too similar to be a coincidence.

My understanding is that there was a Straight Dope column before the person you are mentioning here was hired, albeit not for very long. It’s possible I am misremembering: it’s not exactly easy to go back and check.

I stand by the second part, though. It’s still unclear to me if a certain other assistant ever filled in at any point, or if they were just a genuine assistant while the editor continued to always write the column. Sure, that assistant always insisted that was the case, but both assistant and editor always maintained kayfabe, so we can’t be sure.

Unca Cecil is like the Wind, like the Stars…he is One With The Cosmos™.
He also likes pizza bagels.
Allegedly.

I was 21 in 1973, and happen to be friends with a newspaper reporter my age who is still working for a newspaper.

Well, yeah, but that guy is an immortal alien, so he doesn’t really count.

And for almost all of the history of the column, Cecil Adams has been one person. Do you really think that the Chicago Reader, or any of the companies that eventually bought it, would have paid a whole team of writers for one column?

Not quite. Just that he was in high school prior to 1972, which we could already surmise by the fact that the column started in 1973.

Why does my old social security card say it can’t be used as ID?

The reason for the warning was that prior to 1972 having a social security card didn’t prove much of anything, certainly not your identity. Obtaining a card was ridiculously easy–all you had to do was stroll into any local social security office, fill out a form or two, and they’d assign you a number there and then. Some of my lowlife high school classmates took advantage of this lax procedure to obtain cards under several names.

Cecil Adams Is More Than One Person. Right

There are billions - perhaps infinite - versions of Cecil Adams. That’s because of multiverse. You see, every time Cecil makes a decision between A and B, the universe splits, thereby creating another version of Cecil.

Interesting, but this Mike Lenehan (the original Cecil) has got one thing wrong. The column “Owen Slade’s Need to Know” ran in the Boston Phoenix, not “some paper in Phoenix”. It’s basically true though that Owen’s column was the inspiration for the Straight Dope.

There’s only one " he’s the only " The Great Master" and he’s in Patagonia riding a donkey in his Dotage.

I know he’s real he told Li’l Ed to tell me STFU.
If that’s not proof, nothing is.

In fact, Cecil was a subodinate to Al (He’s the King) Hirt. (King outranks Perfect Master. That’s just how it is.) 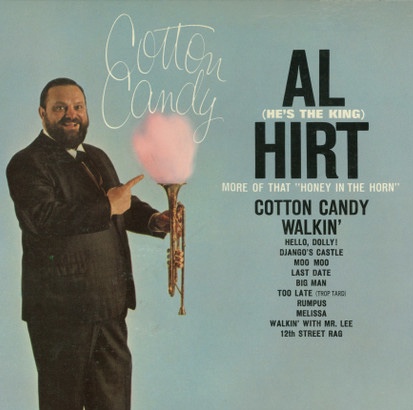 Al points to Cecil Adams, a wad of cotton candy.