Canada has a number of companies selling fuel at many stores, as well as a few “independent” stores filled from the same trucks that sometimes offer lower prices. In Canada, much of the final price is from taxes.

It seems to me in the past “price wars”, particularly at some intersections with multiple stores, were a common thing. One station would lower prices, others would or wouldn’t follow suit, overall profits probably declined for a short time.

But it seems to me these happen a lot less often these days. In fact, seeing lots of stations at the same intersection seems much less common as many stations here at busy intersections have closed, often just leaving one store.

Anyone agree or disagree with my observations? Maybe apps made a difference? Collusion? Big companies own more independent ones?

I haven’t seen a gasoline price war since the mid-70s. The scene has changed these days. The profit at a gas station is in the crap inside, not the fuel.

Back in the 60s our corner gas stations had a massive price war going for a few days. At one point my father asked the owner of one station how long he could keep it up. The owner replied that his distributor told him they’d lower the price to him as long as the station across the street kept lowering theirs. I seriously doubt a oil company or distributor would do that anymore. The days of John D. Rockefeller slashing prices to gain market share are long gone.

gas station is in the crap inside

Snap Into A Slim-Jim, My Friend!

In Canada, much of the final price is from taxes.

Not really. Fuel tax is a fixed tax that doesn’t change with the sale price charged by the gas station. For example in Ontario, you pay 10 cents per litre federal excise tax and 14.7 cents per litre provincial fuel tax. There’s also federal GST (7%) on the final price, including the excise tax, but provincial sales tax doesn’t apply.

Unless you’re paying under 60 cents per litre, that’s not « most » of the price being taxes.

ETA: that chart also mentions carbon levies, federal and provincial, but doesn’t give details, as far as I can tell. 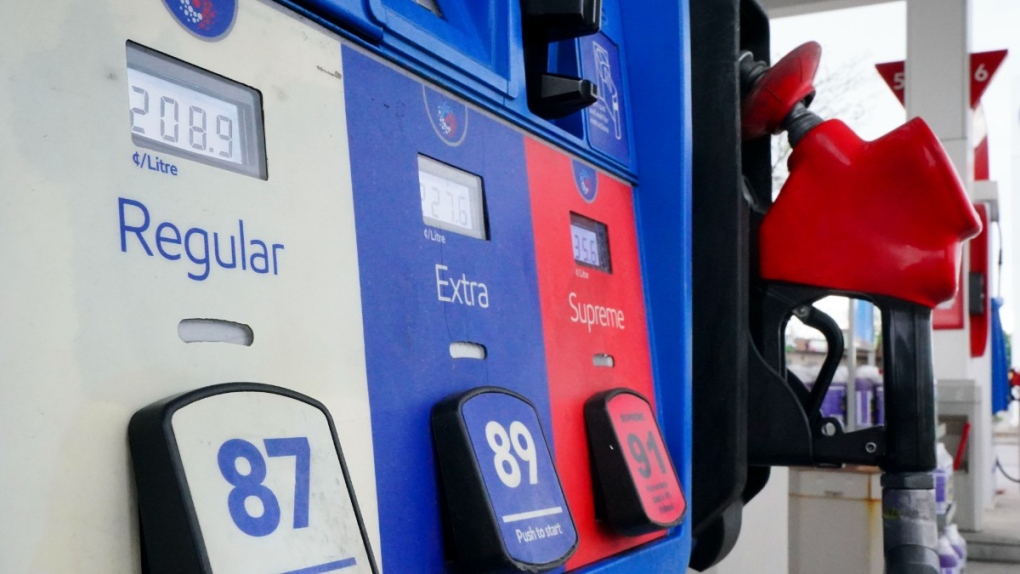 'Hurts like hell': What goes into the price of gas in Canada

With the price of gas rising above $2 per litre and setting new records in Canada this year, CTVNews.ca looks at what goes into the price per litre of gasoline and where the situation could go from here.

But it seems to me these happen a lot less often these days. In fact, seeing lots of stations at the same intersection seems much less common as many stations here at busy intersections have closed, often just leaving one store.

It is the trend. Small companies get consolidated into big companies. Once a big company has bought up the competing stations, it no longer needs to operate all of the separate locations. It can close down the now redundant locations and sell its products through a single location.

The “world price” of oil is still not as high as it was in around 2008 so it appears the oil companies are the ones making a killing at our expense.

Just to rebut my own post - from this source, the average gasoline price for calendar year 2008 was $3.32. Nothing in that dataset yet for 2022, but regardless or the details of the methodology, obviously we’re looking at a much higher average for 2022 year to date.

So @Mallard you were correct that the difference between crude prices and retail gas prices is significantly larger than in 2008.

And there’s surprising silence on this issue. The oil companies are gouging the sh!t out of us yet mainstream media, hardly a word.