The Cohen Brothers are both writing and directing a television mini-series, due to come out in 2018: The Ballad of Buster Scruggs.

The best I can make out is that it’s a series of loosely-connected but stand-alone episodes set in the old west. The best part is that one of the episodes stars Tim Blake Nelson as a singing cowboy (he was Delmar in O Brother Where Art Thou?). Another stars Stephen Root, who was so hysterical as the blind radio station manager from the same film.

I’m marking my calendar to look out for this one.

Also has James Franco, I don’t like westerns in general but love the Coens, so will check this out if possible.

Any idea where it will be airing (or streaming)? 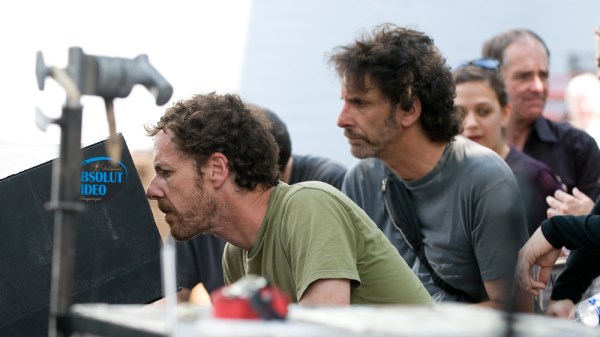 Joel and Ethan Coen are the latest auteurs moving into television, with a new event anthology set in the Old West. Annapurna Television is partnering with the Coen brothers on a limited series West…

I’d rather see The Ballad of Lester Scruggs–the tale of the aftermath of a teleporter accident involving a famous bluegrass duo.

I’d rather see The Ballad of Lester Scruggs–the tale of the aftermath of a teleporter accident involving a famous bluegrass duo.