I always seem to miss the good stuff. I’d only left Utah a couple of years before Martin Fleischmann and Stanley Pons at my old University of Utah announced they had achieved Cold Fusion.

Now he’s died, after suffering from Parkinson’s for years.
His work was discredited, which is too bad. It was done in good faith. I was surprised to learn that the same idea was not only tried at the same time (a group an hour south at Brigham Young University also claimed Cold Fusion success at the same time), but had been tried years earlier (using the same method – platinum or palladium electrodes into which the deuterium easily migrates. People at the institution I’d gone to threw together a miniconference within days of the announcement, telling about the earlier attempts.

The entire affair parallels the X-Ray Laser debacle of a couple of decades previously – a U of U chemistry professor claims success in what was seen as a physics problem by using unconventional means, achieving success on a shoestring while the big players were using enormous, expensive facilities. They went straight to the press, rather than peer-reviewed journals, and many tried to duplicate their work. Although a few claimed to duplicate it at first, most didn’t, causing more critical looks at the success. Eventually it was deemed a mistake, but people kept trying because the goal was a much-desired one.

Fleischmann was reportedly a brilliant guy.

Fleischmann was an “exploratory genius,” said Michael Melich, a friend of Fleischmann and a research professor of physics at the Naval Postgraduate School in California.

He doesn’t deserve to be remembered solely for this, but I fear he’s going to be another Blondlot.

Martin Fleischmann, the Czech-born chemist who claimed to have achieved "cold fusion" - a claim later discredited - is reported to have died. 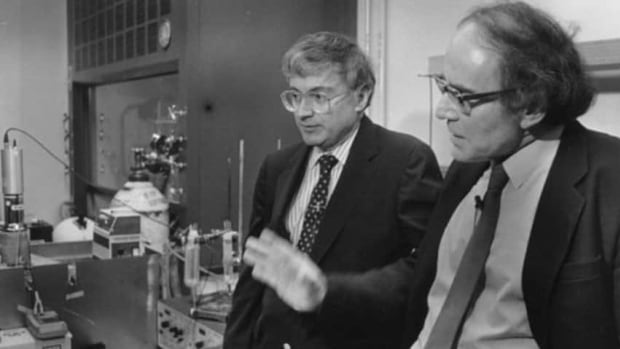 British chemist Martin Fleischmann, who stunned the world by announcing that he had achieved nuclear fusion in a glass bottle, a claim that was later discredited, has died after a long illness. He was 85.

Why didn’t he re-check his calculations?
From what I remember, the “cold fusion” was detected by a slightly larger output of heat (from the cell) than what went in-when the calculations were redone, they showed no net output of energy. It was a mistake that a undergraduate student might make.
But for a while, you had people around the world, claiming they had duplicated his results.

IIRC, Pons and Fleischmann rushed to announce their results because that other group was working on the same thing and they (P & F) were afraid of being beaten to it. So, they jumped the gun, held a press conference and were famous for a few days, and then goats afterwards. I don’t think they caught as much flak as they would have had the general public fully appreciated what a game-changing discovery they were claiming to have made.

I have no love for P&F. Their initial
paper was crap, their results bogus, and they sued other research groups who honestly found results contrary to theirs. Including the physics department at their own university! One of the defendants was an undergrad. U of U was suing itself, and a kid under 21. Nope, no love for Pons and Fleischman.

His work was discredited, which is too bad. It was done in good faith. …
Fleischmann was reportedly a brilliant guy…

He was a poor scientist.

No matter how sincere or brilliant you may be, fantasies benefit mankind much less than true science. So he can be charitably remembered as a brilliant dreamer, but that’s all, folks.