BBC series I had never heard of that I discovered today. Features American actors as well such as Robert Wagner and Dan O Herlihy (Who apparently is actually Irish). Filmed on videotape, so it doesn’t look so great.

Sounds interesting. Where were you able to watch it? Netflix?

Sounds interesting. Where were you able to watch it? Netflix?

There are some episodes free on Youtube [I’m not sure if the whole series is there]. But you can start with Series 1, Episode 1 at: 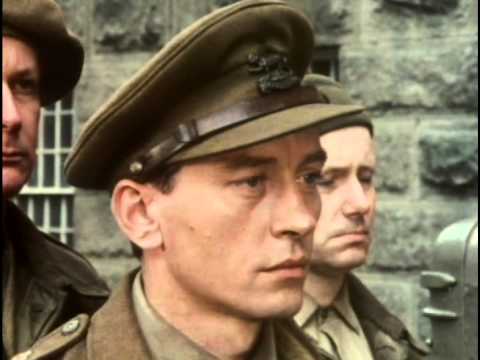 The book is excellent, if you want more to the story.

It’s very good. Saw some of the repeats as a kid and then one of the UK channels did repeat the whole thing in the last decade or so.

I’d be very cautious about some of the accuracy. Quite a lot is fictionalised for TV purposes. For instance, I think the classic episode with the prisoner feigning insanity in order to be repatriated, only to go insane as a result is basically made up.

The accompanying board game is however completely authentic. Now who wants to be the dupe who volunteers as the German commandant?

I think the classic episode with the prisoner feigning insanity in order to be repatriated, only to go insane as a result is basically made up.

That was the episode that everybody remembers. Especially the twist at the end. Though elements of it appear in Reid’s book - again the character is a composite.

The Earl of Harewood commented on his time in Colditz

“I often wonder if some of the others, like me, watched with fascination the TV series* Colditz*, which reflected none of the disagreeable side of the castle but quite a lot of its camaraderie, caught some of the physical attributes of the place and dealt with many of the legends in a perfectly plausible if fictionalised manner.”