Companies you thought would have gone belly-up by now...

My wife has recently been buying Lance crackers at our local Publix supermarket. I guess I’ve always associated their products with prehistoric vending machines in cheap hotels, but apparently the business is fairly removed from that these days.

So, any reasonably well-known businesses that you’re surprised to see still kicking?

Every time I see an independent video store still in business, I wonder how they do it.

Fox is a phenomenally successful company, and popular in its demographic. I’m unclear why you think it fits in here.

Even CEO Can’t Figure Out How RadioShack Still In Business

Fox is a phenomenally successful company, and popular in its demographic. I’m unclear why you think it fits in here.

I’m actually surprised that the Fox broadcast channel hasn’t been completely engulfed by the ideals of the Fox News channel. I mean, there’s still Family Guy and The Simpsons and other shows that people watch.

I’m actually surprised that the Fox broadcast channel hasn’t been completely engulfed by the ideals of the Fox News channel. I mean, there’s still Family Guy and The Simpsons and other shows that people watch.

Murdoch is a businessman before all else.

In 1996, I would have bet you $$ that Apple would no longer be an independent entity by 2012, having been swallowed up by Sony, Toshiba, HP, Packard Bell, whomever. Hell, Microsoft threw $150 million at the company in the late 90s to keep Apple afloat, not out of the goodness of MS’s heart or because MS saw intrinsic value in Apple, but solely that it would have looked extremely bad if MS’s most visible competitor went out of business in the middle of the anti-trust case.

So, yes, surprised that APPL is still an active stock.

Murdoch is a businessman before all else.

Well technically he is the anti Christ first… 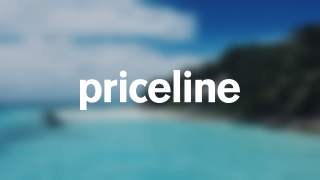 Priceline.com - The Best Deals on Hotels, Flights and Rental Cars.

Deep Discounts on Hotels, Flights and Rental Cars. Get Exclusive Savings with Priceline.com.

Myspace. It’s been running on fumes for ages.

TMobile. Bad service, worse customer service.
Independent bookstores - does anyone but Grandma shop there anymore?
Radio & tv repair shops -altho, I guess with the Recession, people will pay just a little less to keep their old lemon going for just a bit longer.
Travel agencies - some years ago there was an airline campaign to pay them even lower commission. I haven’t seen a brick&mortar one for a while.
Photo developers. Question for the photographers out there - is there any advantage to using real film over digital?

Another vote for RadioShack. Every few years I’ll need something they sell. Each time I’m amazed that they are still doing everything that I hate about the place.

The Yellow Pages and travel agencies. Dying, but not quite dead…

Amazing product, unfortunately it’s way overpriced and the company has (had?) very sketchy business practices. Looks like you have to contact them to locate a distributer now - not sure if they’re still doing the bullshit telemarking “free gift with demo” scam anymore.

… travel agencies. Dying, but not quite dead…

Just this week, I found out why travel agencies still have their uses: booking group travel and getting huge discounts.

We just booked a trip for 12 people to Vegas in the fall, and the total cost for flight and hotel was over a hundred bucks cheaper than what just the flight alone usually costs me when I book it as an individual.

shops in malls with high rents that sell scented candles… how often does one buy a candle?