Could the Arizona Audit be a Means to an End?

Yeah, I don’t think so. Other talking heads are still “asking questions” about the vaccines. Like with the Dominion lawsuits they are going to throw in just enough “get vaccinated” messages to point to when accused of being responsible for this wave, but not enough to alienate their anti-vax viewers.

I don’t think they’re worried about lawsuits, mind you, I think they’re just making sure they have some vaccine promotion to point back at for the future. They may even be deluded enough to think it weighs up for the continued use of the vaccination to attack the current administration, but mainly it’s to help them manage their viewers’ temporary cognitive dissonance when they eventually flip to “We never talked down the vaccine!”.

. . . mainly it’s to help them manage their viewers’ temporary cognitive dissonance when they eventually flip to “We never talked down the vaccine!”.

YES!!
Trump voters win the all time record for cognitive dissonance. Here is my favorite example of a guy seventy-five million people voted for: 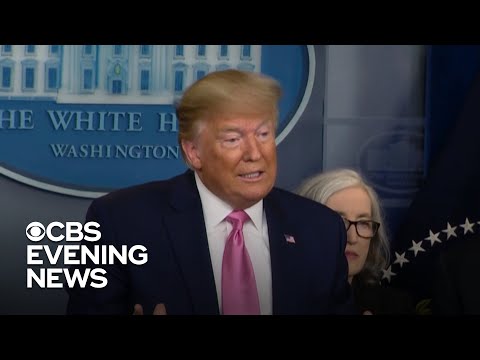 And then in a town hall he said this: 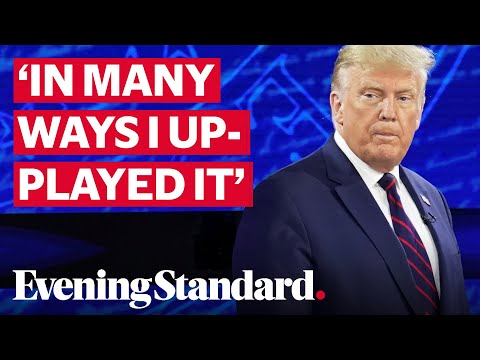 He plays it both ways, and if either appeal to you he takes credit for it. Of course that is why however many voters he drives to the poles for himself – he drives even more to vote against him.

I really hope Fox will do some good for the nation and openly promote vaccines.

I really hope Fox will do some good for the nation

In a recent post in my neighborhood’s Nextdoor feed, someone who was sounding off on the fact that some local HOAs have employed traffic cameras to catch speeders – just like the CHINESE COMMUNIST PARTY would do!!!11! - and mention was made of the fact that “Biden’s vaccine” almost KILLED the poster!!!11!

First- if there are complications, of course it is Biden’s vaccine! Biden is the author of chaos and negative impacts. When the vaccine saves lives it is Trump’s baby, what is so hard to understand about that? Context doesn’t really matter, here is the important part:
good result = Trump
bad result = Biden

Did not know that speeding was such a Commie thing to do. I suppose what they were getting at is that those commie bastards spy on their own people in a “Big Brother” Orwellian manner, so traffic cameras are just an example of how our once free nation is turning to Socialism (or outright Communism) under Biden? A slow head shake and disapproving sigh over “the squad” moving us ever closer to their goal of a completely and openly Socialist United States of America.

I attended a neighborhood meeting my Nextdoor friends told me about. When asked about speeders and cameras the officer laughed and explained. “This happens all the time, some neighbors think one other neighbor is driving too fast so we set up special enforcement with radar and motor cops issuing tickets. Without doubt the suspected speeder is never issued a citation, but half the other neighbors are and then the neighborhood calls a special meeting to ask the cops to take their motorcycles and radar guns and politely leave the area!!” The guy asked us to think about it- who drives the very most in our neighborhood? Well, we do, why? Who do you think are going to get most of the traffic tickets from this special enforcement event?

This made me genuinely laugh out loud.

The lease on the building where the “audit” first took place has expired, so the ballots and the counting have moved to another building, where the roof is leaking.

Storm causes water leaks in building where Maricopa County ballots are being...

Water is leaking into the Wesley Bolin Building where the review of Maricopa County's 2020 election results is taking place.

The lease on the building where the “audit” first took place has expired, so the ballots and the counting have moved to another building, where the roof is leaking.

So they copied them and sent them to Montana or a Dakota state, and now the originals are in a wet environment??

It is easy to see why Republicans see conspiracies at every turn- everything they touch is so saturated with ironic happenings and questionable results.

I want to point out that I was first to say (at least here) that they could not claim fraud unless they burned or drowned the actual ballots. I am not claiming accuracy yet, but they seem to be moving ever closer to “Oh Damn! Through no fault of our own, the doggone ballots have been destroyed!”

They are claiming that the ballots have been moved and covered, but if the floor is wet the water will wick up into the paper. They better be on pallets and provisions must be made to stop water damage from the floor as well as from the roof.

Fucking Trump needs to be tried, convicted, and punished for the hell he has wrought on us. I will concede the divide and structural problems have existed for much longer than he has been a player – but dammit, he has violated his oath in a hundred thousand ways and led others into stupidity and crime. It is not enough to convict his allies- the head of the beast needs to be cut off! 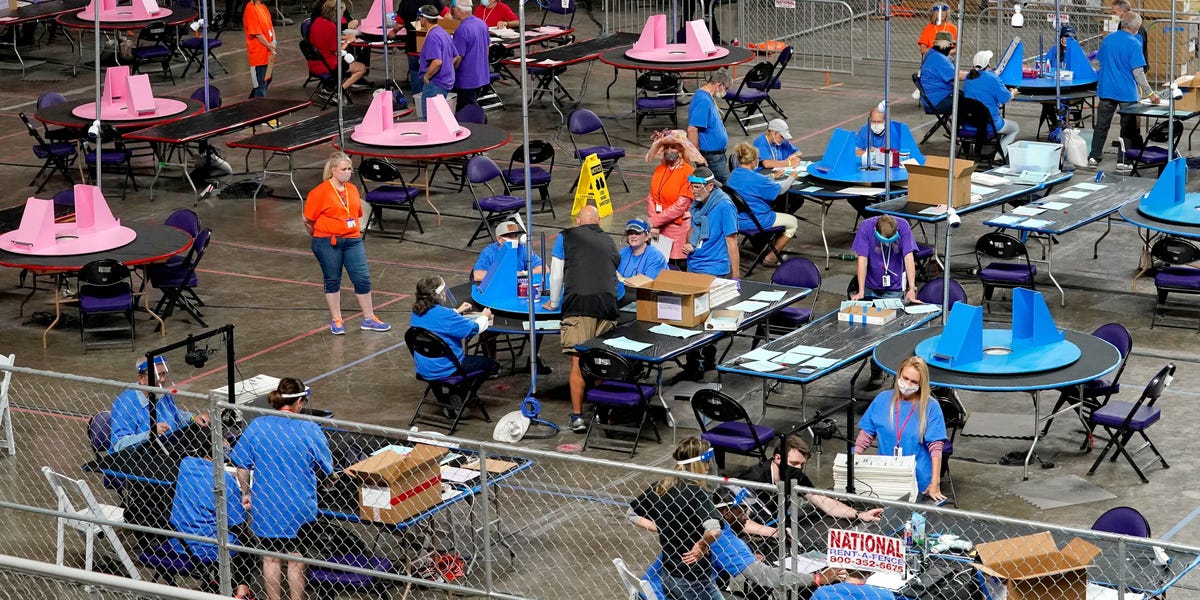 A Republican official stood by the original vote count in Arizona's Maricopa...

Ken Bennett, the audit's director, was barred from entering the building where the votes are counted after he shared data that confirmed Trump's loss.

Now (it seems to me) they have to keep Ken Bennett from entering the location so they can damage several ballots to make their claims plausible. No wonder they think the other side is cheating – it is such a natural state of being for them that they think everyone must be a cheater!

That might not be the reason he is barred from the premises, they might just be punishing him for releasing the results. It just seems to me that when they eliminate the only grown-up around, the kids are up to something. 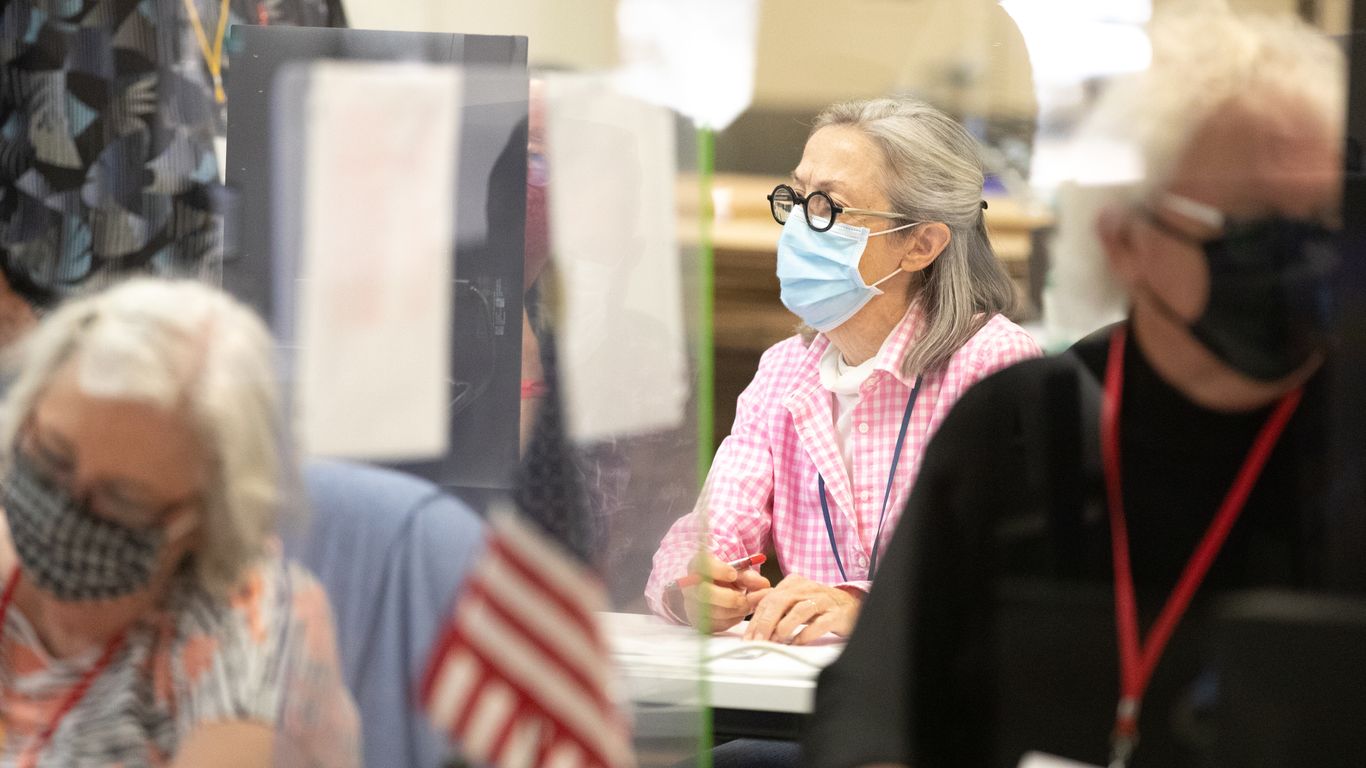 Depending upon the Senate’s willingness to risk their own neck for Trump (who I continue to insist is losing influence – but not nearly fast enough!!), it could be the eventual stop. I don’t know for sure but it seems the Arizona Supreme Court may have a say before then.

I am not convinced these yahoos in the State Senate want to piss off Garland’s DOJ. On the other hand, Mr. 45th must be a very bright light to them and they may not be able to resist doing what he wants no matter how self destructive it might prove to be.

The county signaled some time ago that they were through cooperating. Months ago they told the Senate to be very careful with the ballots, that they were done answering subpoenas, and to be ready to defend their actions in court. In addition, the audit is falling apart. The article I linked to above shows they locked out their own man in charge, Ken Bennett. Even people this dense must realize it is time to call in the dogs and piss on the fire – this hunt is over!

Here’s a link to the subpoena, and the (Republican) BoS’s response. Love it!

Yeah, that’s all kind of awesome.