I was told by a survivor of this accident, that it was caused by the ship getting the bow under a large wave due to running in a following sea. The bow was not peeled back, rather it was smashed down and bent. I know this because my brother-in-law was crippled by the falling deck. He spent the next 47 years in a wheel chair, but he always loved that ship. Matt.

I don’t recall, and cannot now find, any Cecil’s Column on the subject of damage to the USS Wasp. May I ask why you posted this here?

I was looking for that photo of the damaged Wasp for many years. I even had a reporter for the Daily News try and find it, no luck. Well the other night I did look again and there it was! Together with some other carrier coments, I thought that I would put in some information that I had for many years, I had never seen this forum before and as many others do not allow just any one to chime in for many reasons, I joined, but the forum would not let me back to the carrier page to comment. Shot in the dark, someone saw it, thanks for reading. Matt twak47

I don’t recall, and cannot now find, any Cecil’s Column on the subject of damage to the USS Wasp. May I ask why you posted this here? 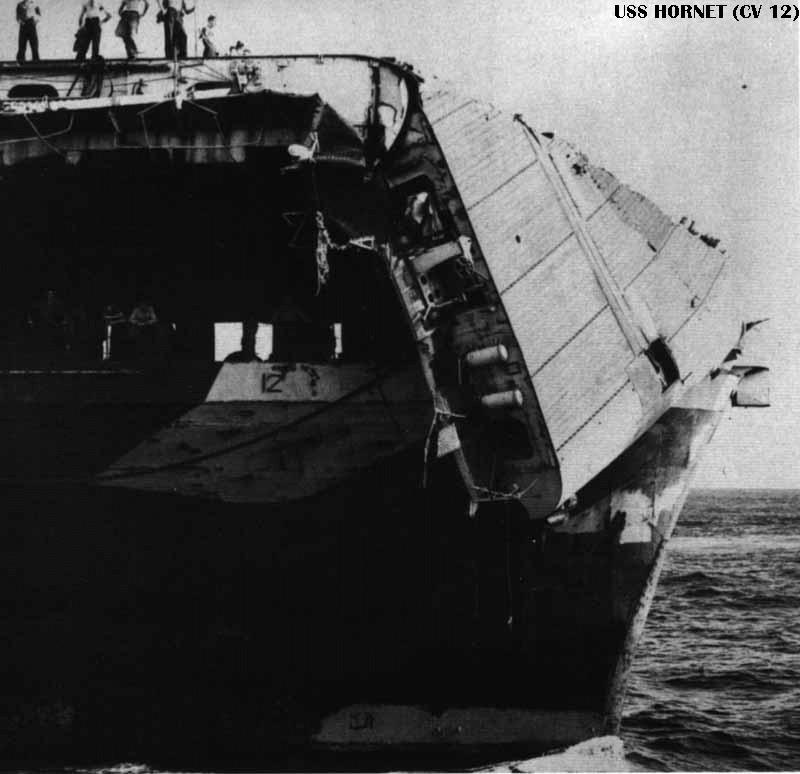 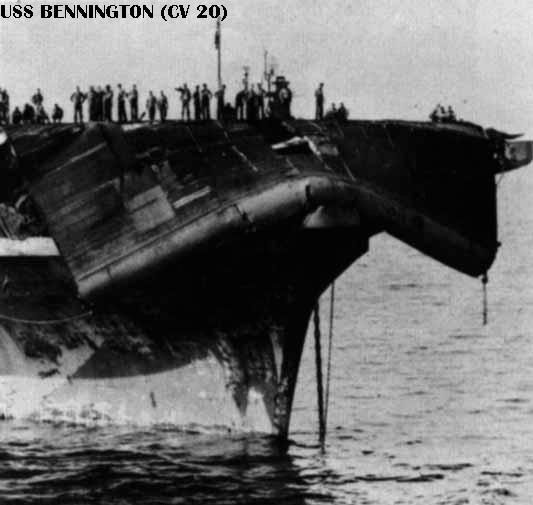 Reports on storm damaged carriers can be found here (alas, no photos): http://www.history.navy.mil/faqs/faq102-1.htm

Operational history of the USS Wasp can be found here: Wasp (CV-18)

The DANFS write-up on the Wasp mentions she suffered Typhoon damage to the bow section on 25 August, 1945. I found a photo on Wikimedia: