In junior high or elementary school we watched a film dramatisation of Ray Bradbury’s story Dial Double Zero. A guy answers his phone and says, ‘Hello?’ IIRC, there was at first no answer so he hung up. The phone rings again and he says, ‘Hello?’ A mechanical-sounding voice on the other end says, ‘Hel-lo.’ He keeps receiving these calls over and over. I think the voice eventually sounded human. I don’t recall how it ended.

From what I could see last night, the story was never published. I have not been able to find the film online. It does not appear in a search on IMDb. There is a film about the writing of the story. I have not watched it, but scanning it quickly I didn’t see anything I remembered. I’ll have to watch it to see if it’s actually the film I saw decades ago.

You can watch it here… 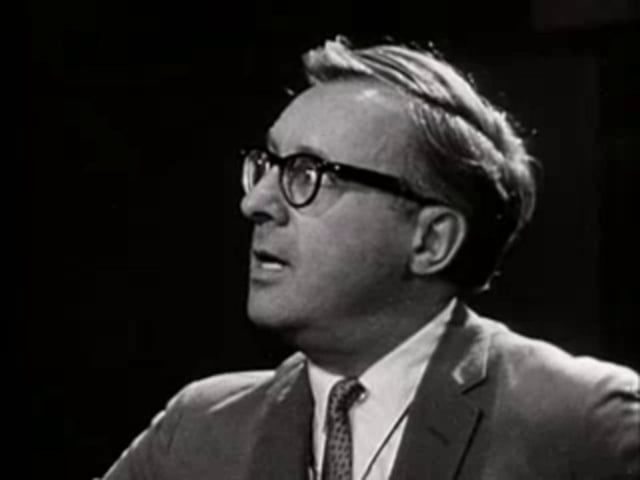 Watch Ray Bradbury: Story of a Writer, a 1963 Film That Captures the...

"An original Bradbury short story, ‘Dial Double Zero,’ was dramatized as part of the NBC-TV special, The Story of a Writer, based on RB’s life and work. Telecast November 20, 1963

Story of a Writer interweaves with these scenes from Bradbury’s daily life a jaggedly cinematic adaptation of his short story “Dial Double Zero.”

I don’t recall how it ended.

It was never published and is mentioned only in the Story of a Writer program Pork_Rind mentions. I suppose that would make it a teleplay or the story on which the play was based, but it doesn’t appear in any of his bibliographies.

I don’t have any thing relevant to the OP, but this thread reminded of a comment the first Mod of Cafe Society, who, having met Bradbury, described him as ‘Ed Meese in horn-rimmed glasses.’ I got a chuckle out of that.

I used to live a couple of miles from Ray Bradbury. I never did get up the gumption to knock on his door. I understand his house was torn down long ago.

You can watch it here…

In my mind, I saw just the story. I don’t remember the documentary parts at all. So I guess this is where I saw DDZ.