When a lawyer has either esquire or j.d. (juris doctorate) after their name, what’s the difference between the two? Are they different degrees, and are there any other degrees a practicing attorney can have? Is one more prestigious or harder to obtain than the other?

JD is your basic law degree. It entitles you to put esquire after your name - though that is rather pretentious. There is also the LLM (Master of Laws) degree, which is basically what you get if you want to teach.

To expand on the information given above, the basic three-year law school degree is known either as a Juris Doctor (JD) or Llegum Bagister (LLB). They are precisely the same thing; the only distinction is that some law schools use the one term and some use the other. The more advanced, specialized degree is known as an LLM, or Llegum Magister.

“Esquire” is an old polite honorific used when addressing letters to men. In some countries attorneys use the title "doctor’. (An acquaintance of mine knew a man in Germany named Dr. Doktor–and he wasn’t a doctor). In America lawyers adopted the habit of using “Esquire” and “Esq.” as a way of denoting an attorney. Etiguette dictates that it be used when addressing mail to an attorney, but not by an attorney as an appendage to his own name.

Straight Dope Staff Report on How can I go about getting the title “esquire”?. The short answer is that in the U.S., anyone can call themselves “Esquire” if they want.

LL.B. stands for Legum Baccalaureus. The double L is just a Latin convention to indicate that the first word is plural (“of laws” rather than “of the law”).

“Esquire” is not a degree. It’s a courtesy title, like “Mister.” Anyone can use it. Technically, though, its use is a right originally granted to a subject of the British monarch. Many American lawyers have adopted it, but I always refused to use it myself. It’s pretentious, affectatious, and, in the end, meaningless. It’s particularly popular amongst women lawyers, I believe, because for many years it was assumed by people that the woman in the room wasn’t the lawyer. The “Esq.” served to direct people’s attention in the correct direction.

“J.D.” stands for “Juris Doctor.” So far as I know, American law schools started changing their LL.B. degrees to J.D.s starting in the 1960s on the model of the M.D. degree and other professional degrees. (Doctors–physicians, that is–in India, for example, get the combined M.B.B.S. degree, not a doctorate degree.)

ascenray: no, it wasn’t meant as a joke, and this is what I get from relying on an old law school classmate who took Latin in high school.

And no, I don’t think he was joking either.

I recall that the night we first heard the term cy pres used in an Estates class, a classmate of this friend (that is, another law student who had attended the same high school as my informant), showed off his Latin erudition by conjugating it for me. Despite the fact that it is two words instead on one. And neither is a verb. And neither is Latin. Other than that, he seemed to have it right.

Yeah: I really should have known better. In the future I’ll know enough to look things up on my own. Sorry.

It’s frightening. And it doesn’t end. (Warning: turn your volume down if you’re at work): 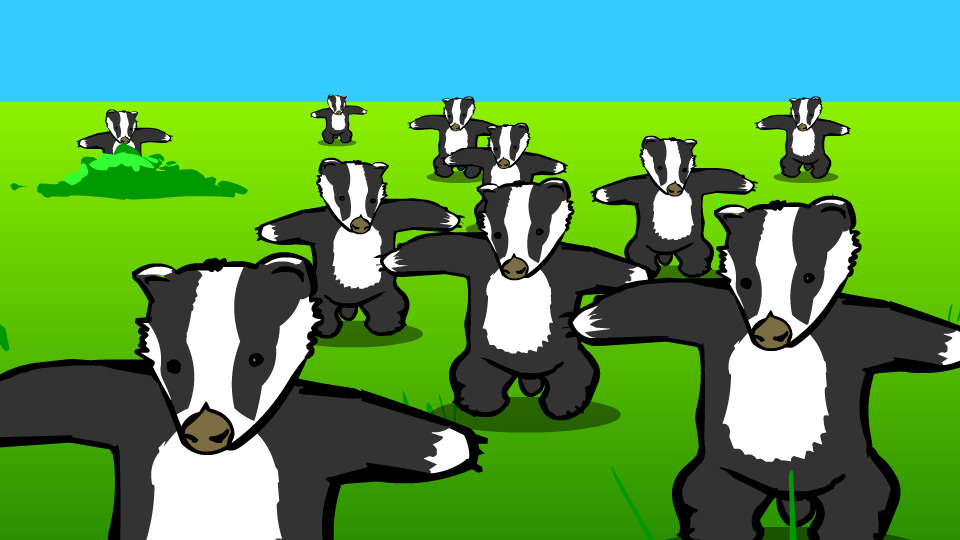 In addition to the J.D. and the LL.M., there’s also the LL.D, Doctor of Laws, probably the closest to a PhD in the field of jurisprudence. Ususally a candidate must study around five years past his or her LL.M, and sometimes must have a PhD with a dissertation in a field of legal study as well. We had one or two LL.D’s at my school and most professors had LL.M’s, but some of the most gifted professors there never bothered to advance beyond a J.D.

I should probably add: more common is the Doctor of Laws, honoris causa, which is an honorary degree.

And also: at many schools (like Harvard) there’s an increasing trend to refer to the uppermost degree offered as an S.J.D, Doctor of Judicial Science. I think this might be done to distinguish them from honorary LL.D’s.