What are the evolutionary hypotheses for this type of dimorphism? Are there any other mammals with similar differences?

And as a bonus question - do transitioned persons develop the target gender pitch, if the transition is post-puberty ?

Are there any other mammals with similar differences?

A very small sample: Our female cats have (or had) higher-pitched vocalisations than our male cats.

I know that trans people make an attempt–with varying degrees of success–to modify their voices to match their new gender.

I conjecture that that is one of the issues in transitioning before puberty. Once the vocal range is set it is hard to modify.

I cannot conjecture on any reason for the dimorphism.

I’m guessing body size has something to do with it. As men are generally bigger than women, they have longer vocal chords. Small men don’t usually have deep voices. Aren’t most bass singers in choirs average to large?

I’m guessing body size has something to do with it. As men are generally bigger than women, they have longer vocal chords.

Except castrato had female-ranged voices and male body size.

I don’t think body size has anything to do with it. If you will compare similar weight men and women, you will still find a large pitch difference. Also, this is a proximate cause and doesn’t explain much. For example:
Officer: Why did you shoot John ?
Bill: It is because my finger pulled the trigger

I vaguely recall something about pitch having to do with thickness of vocal cords as well as length. So body size has less to do with it?

That’s obviously true. But as you probably noticed, there is little correlation between pitch and body size in men and women taken separately, but a big difference between the sexes.

So it does not imply that the size of the vocal chords necessarily correspond with body size. But in over 95% of cases you will recognize a woman’s voice from a man.

Aren’t most bass singers in choirs average to large?

The bass singers in our men’s chorus seem to trend older, not larger.

Can’t think of a great reason. Women often claim to like lower pitched voices. Men sometimes think higher pitched voices are sexy. But that is probably the effect and not the cause, many people like accents, things are never universal, there’s a spectrum, yada yada.

Physics comes into play with the anatomy. Vocal cords which are longer or thicker would sound different.

Some people also use their voice much more than others. I have heard it claimed that on average women speak several thousand words a day than men. Is it true? Dunno. Like Sydney Greenstreet said, I like to talk to people who like to talk.

Googling produces lots of support for what I’d always understood: testosterone surge during male puberty causes vocal cords to both lengthen and thicken. From there, it is simple physics.

Men’s vocal cords are larger relative to our body size than women’s are. That’s why most men have the “Adam’s apple” bulge, but most women don’t.

At a guess, I’d say that originally, vocal cords were proportional to overall size, and so men, being overall larger, had correspondingly larger vocal cords, and thus voices that were a bit deeper than women. But once you have any sexual dimorphism at all, it can become a target for sexual selection: Since men had slightly deeper voices, deeper voices came to be regarded as “more masculine”, and so women tended to prefer deep voices, and so men whose voices were disproportionately deep had an advantage.

I do understand that the size of vocal chords are a secondary sex characteristic in humans. It is probably not correlated that much with the amount of testosterone, since it has a bimodal distribution with quite narrow peaks in both sexes and not much related to body size.
Chronos conjectured that this is a “just so” target for sexual selection, and it may be. This, I gather, is based the theory of the Fisherian runaway hypothesis for the peacock tail, seemingly superseded by the handicap principle. Since the voice pitch has no handicap, that is not applicable here.

However sexual selection in humans seems to be mostly based on visual attributes. Therefore, I suspect there has been a survival advantage for women (and maybe children) to be distinguishable from a distance by voice alone. Given that a large part of mortality in early humans was due to infighting between males while women were usually spared, this may be an unfalsifiable signal of “here is a woman - don’t attack me”.

Of course these are evolutionary speculations that cannot really be “proved”, but I cannot find any by a simple search.

I have heard it claimed that on average women speak several thousand words a day than men. Is it true?

Working in an office, long time ago, I must say I didn’t see any difference, maybe the opposite - most office politics were done by men while speaking a lot. One can stare at code only so much time

In my experience and household, the sound of the female voice tends to offer more criticism, for some reason, directed at me.

People of either sex can consciously cultivate speaking higher or lower, and to some extent it’s a cultural thing. For example, Japanese and Korean women tend to speak very high pitched compared with western women.

It’s also possible for men to sing alto parts with a falsetto voice. This practice has been around for many centuries, and still is. Male altos are usually called countertenors.

It can be a very beautiful sound, but it’s different from a female voice. 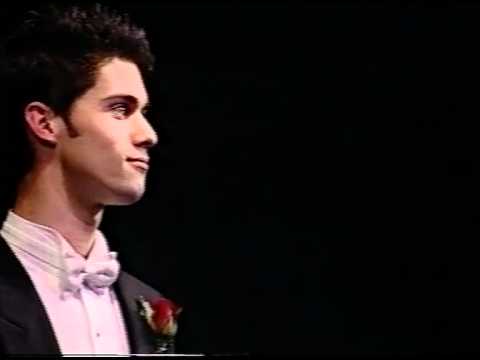 Bottom is still that a lower pitched voice is mediated by testosterone, and comes about for males in puberty when their voices break.
Women who swap gender and take testosterone, even well into adulthood, will develop male voices. Conversely castrated males don’t develop deep voices. (Counter tenors are considered a poor substitute for castrati. Apparently the experience and strength an adult male can bring to a naturally high pitched voice is musically the right answer.)

The human voice come about from a range of physical components, but they are mostly related to the size of the person - with some variability. These parts mostly act as secondary modifiers of the sound, providing various band-pass filtering. The vocal cords are the prime component, and they are clearly linked to testosterone and thus gender.

So, are there other species where testosterone mediates a drop in vocal pitch that is not otherwise accounted for by size? There are not that many properly vocal animals out there.

There’s Radu Marian, who is a ‘natural castrato’.

He’s a talented singer who was highly trained from childhood – and he also has a rare endocrinal disorder, so that his voice never broke. 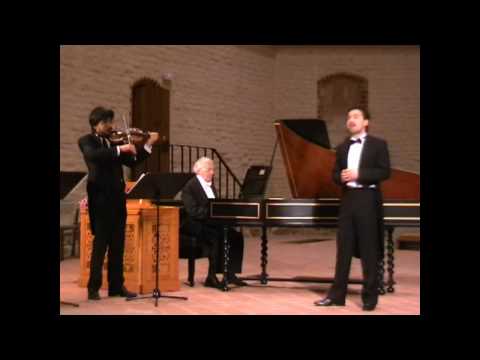 There are some very high notes about the 3 min mark.

Not wrong. I think he proves the idea. Remarkable voice. Other wordly.

It’s pretty typical for men who are trans to have a significant deepening of the voice if they do hormone therapy (which more than half of transitioning people do). Two of my close men friends who transitioned had this happen. Both were singers and it changed how they could sing. One kept getting asked if he had a cold by people who were familiar with him before the therapy. However, years after starting hormone therapy, both of them had voices that were still somewhat on the high side for men. I understand that thickening of the vocal chords is the mechanism.