This is intended to be the opposite. Maybe it was a sequel to a film that let you down or a dud album by a favorite artist, etc.

Most recent example: this movie. From the trailer, I thought it had tremendous potential—guy finds a bunch of money buried at the house he just bought, but there’s also a body. The movie fell way short…I should have paid attention to imdb’s 4.6/10 rating. It’s free with prime if you want to see it. 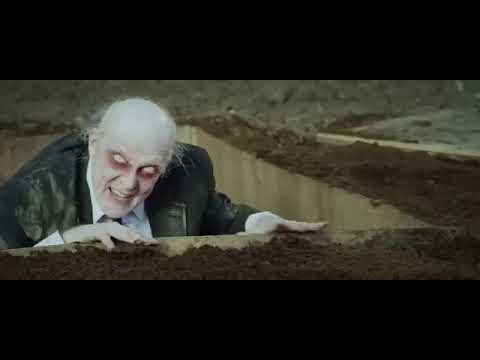 And finally, I have always been a big Joe Jackson fan. I bought this one—he’s gone too experimental for my taste or something. I listened to it once through and…not again. Fool is the 20th studio album by British singer-songwriter Joe Jackson. Recorded the day after the end of his Fast Forward tour at the Tonic Room Studios in Boise, Idaho. Jackson had decided to record the album in whichever city the tour finished, which happened to be Boise after a performance at the Egyptian Theatre. It was released on 19 January 2019 through Edel AG. All songs written, arranged and produced by Joe Jackson.

Any letdowns to report?

I recently saw the stage musical “Pretty Woman”. My expectations were tepid going in, but about 15 minutes in I couldn’t wait for it to be over. Very forgettable.

The musical Cats. I like cats, I like musicals, it’s got that one song…
Ugh, I could not hate it more.

When that version of Les Mis came out (Hugh Jackman, Anne Hathaway)…ugh. I don’t like musicals much, but that had virtually every line in it sung. I didn’t realize it was going to be totally musical and I love that story so I probably would have seen it anyway, but meh.

This show got so much critical acclaim in the early 2010s (pre-scandal)… The New Yorker and the New York Review of Books made Louis C K sound like some sort of groundbreaking comedian-philosopher. I watched about half of Season 1 and wanted my time back.

Diablo III. New lore, fleshed out backstory for Deckard Cain, heck even more members of his family. The world of Sanctuary expanded to include more cities and towns!

Luckily for me, the game was a gift and the only loss for me was 10 hours of my life wasted on that dumpster fire.

The other thing was the movie rogue one.

Star Wars is no longer written in a way that I find entertaining. That’s the last Star Wars show I’ve ever seen completely. There has been the odd clip here and there of the han solo movie and the mandlorian and the clone wars that I’ve seen that were eh, yawn, whatever inducing for me.

I had a live album by Doug Kershaw, The Ragin’ Cajun, which I played unto death for years. Since I have no turntable any more, I bought a very pricey live CD version online - gladly paid! I thought it was the same one, but it isn’t… Not only is it missing two great songs, but there are a lot of long stretches of his futzing around making sound effects with the bow on his fiddle. Which fired up his audience at the time, but it was akin to a long drum solo by a band on a live album. Went on a bit too long… It was disappointing, and I am going to return this CD and keep looking. (for the price I paid, you bet I’m returning it!)

The stage musical had nearly every line sung too, so in that sense the movie was faithful.

Now, I love the stage musical but the movie left me cold. So that was definitely a big disappointment.

I’m going to go back quite a few years for this one. Back in the 70s I was a huge fan of the writer Arthur Hailey. Author of “Airport”, “Hotel” and others. His book “The Moneychangers” was turned into a very good TV miniseries.

Now, one of my favorite books of his was “Wheels”, based in the auto industry. It came out in 1971. I heard they were going to turn it into a miniseries and for years I was full of anticipation about it.

Well, the miniseries finally came out in 1978, and it was TERRIBLE. They changed the plot in major ways. Just one example: A major subplot is a poor kid from inner city Detroit who gets a job in an assembly plant. On TV he was an injured NFL football player!

English bottle conditioned beer. Specifically English. I mean, Belgian is great, French is fine… but for some reason the English just can’t seem to do it*, at ;least in my opinion. So yeah, I should like it, but I don’t.

The last time I was in Los Angeles, I went to an open-mike show at the Upright Citizens Brigade theater. I was looking forward to seeing up-and-coming young comedians before they’re famous, and the tickets were cheap!

Oh, boy. The ticket price ($5, IIRC) should have given me a clue—it was excruciating. Each person got five minutes; most of them didn’t even have five seconds of decent material. It felt as if they had grabbed random people off the sidewalk, told them “be funny,” and shoved them on the stage. But, no, these people had willingly volunteered! Only one guy had a coherent routine worked up, and although it was C-minus material at best, the audience was so relieved at not feeling vicariously embarrassed that they were screaming with laughter.

Coffee. How can something that smells so wonderful taste so awful? I realize other people like it. But even when desperate for something hot and full of caffeine, I can’t choke it down. It’s not my cup of tea.

NYC Street Cart Honey Roasted Cashews. All the other roasted nuts are sooooo good but the honey roasted ones fill the streets with their sweet, sweet orgasmic scent and. . … they do not taste at all like they smell. So disappointing!!!

Peter Jackson’s “The Hobbit” films. I’ve been a fan of Middle-Earth since I was 12, I loved Jackson’s film adaptations of “The Lord of the Rings,” and was truly excited to see the same sort of loving work done on “The Hobbit.” Nope.

Now, I understand that Jackson was brought in, late in the game, when Guillermo Del Toro left the project, but the first two films were bloated, with massive changes made to the book’s storyline, and ridiculous action scenes bolted in. I was so disappointed and dismayed after seeing the second film (and, honestly, the book barely justifies two films, much less three), that I’ve never seen the final film of the trilogy.

they do not taste at all like they smell. So disappointing!!!

Thank you for passing on that information. I’ll shop wisely.

I love pumpkin/pumpkin spice. And while I’m not really a Starbucks stan I like it well enough and enjoy it very much as a treat. I really thought I would like the PSL.

Nope. Just not the right combination for me.

Really, that tends to be a trend for me and pumpkin spice stuff. I always think it will be amaaaaaazing and, occasionally, it is, but most of the time, it’s somewhere from okay to gross.

Paul Feig movies. Everyone else seems to like them. They seem like something in my wheelhouse that I would enjoy. But no, turns out I do not like them at all.

Texting. Avoided it for years. Then…it was fun for a while, till it ruined my life. Shouda stayed avoided.

I saw the TV show Terriers on a number of lists like “hidden gem TV shows” or “TV shows that were gone too soon”. I watched all of the episodes, but I kept thinking “I’d rather be watching a rerun of Simon & Simon”.

Likewise, I was disappointed by Pushing Daisies and Justified (although I gave up on both of those after 4ish episodes).

There are cordial cherries that have a gooey white fluid around the inner cherry. I like the clear kind better, but they’re all good to me.

Anyway, I kept hearing about this wonderful herb called cilantro! I tried it since it had to be good, right? NOPE. No way. How could someone enjoy something that tastes like stinkbugs smell? (BTW, science has confirmed that cilantro does indeed taste like stinkbugs. Both cilantro and stinkbugs have the same foul chemicals in them.)