BBC synopsis: In the near future, the Doctor and Clara find themselves on a space shuttle making a suicide mission to the moon. Crash-landing on the lunar surface, they find a mining base full of corpses, vicious spider-like creatures poised to attack, and a terrible dilemma. When Clara turns to the Doctor for help, she gets the shock of her life.
If you watch only one of the following trailers, you won’t spoiler yourself. If you watch all three, you will spoiler something about the plot: 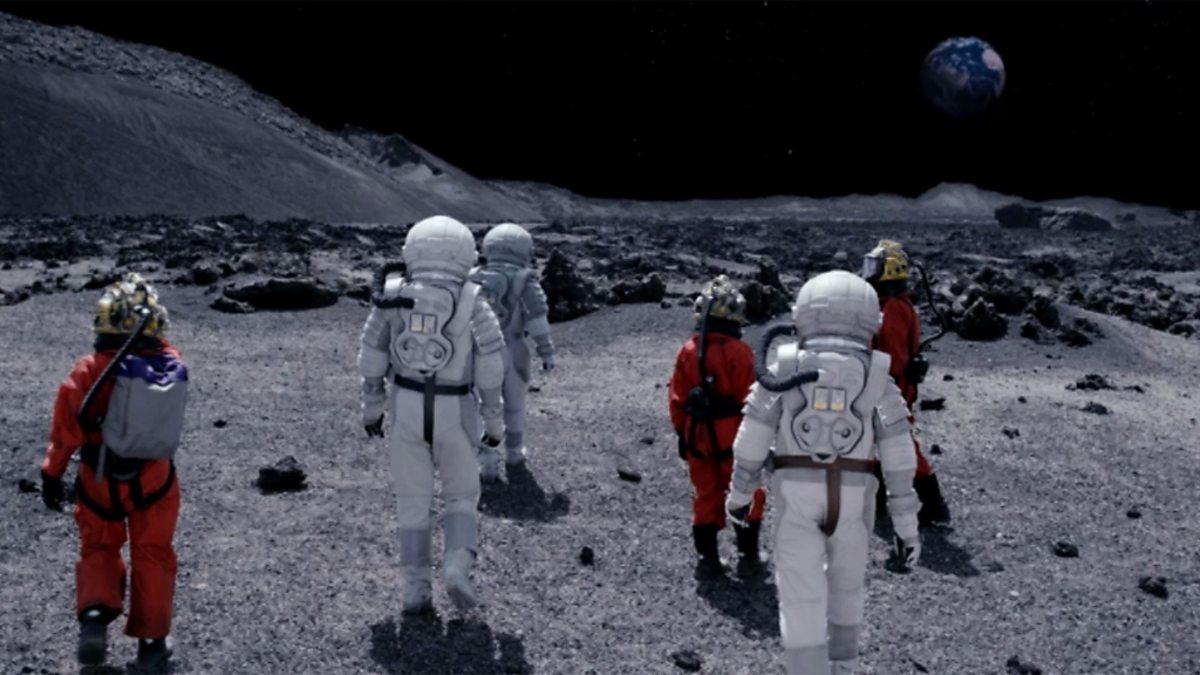 Scary ‘spiders’ and even scarier decisions await the Doctor and Clara in Kill the Moon. 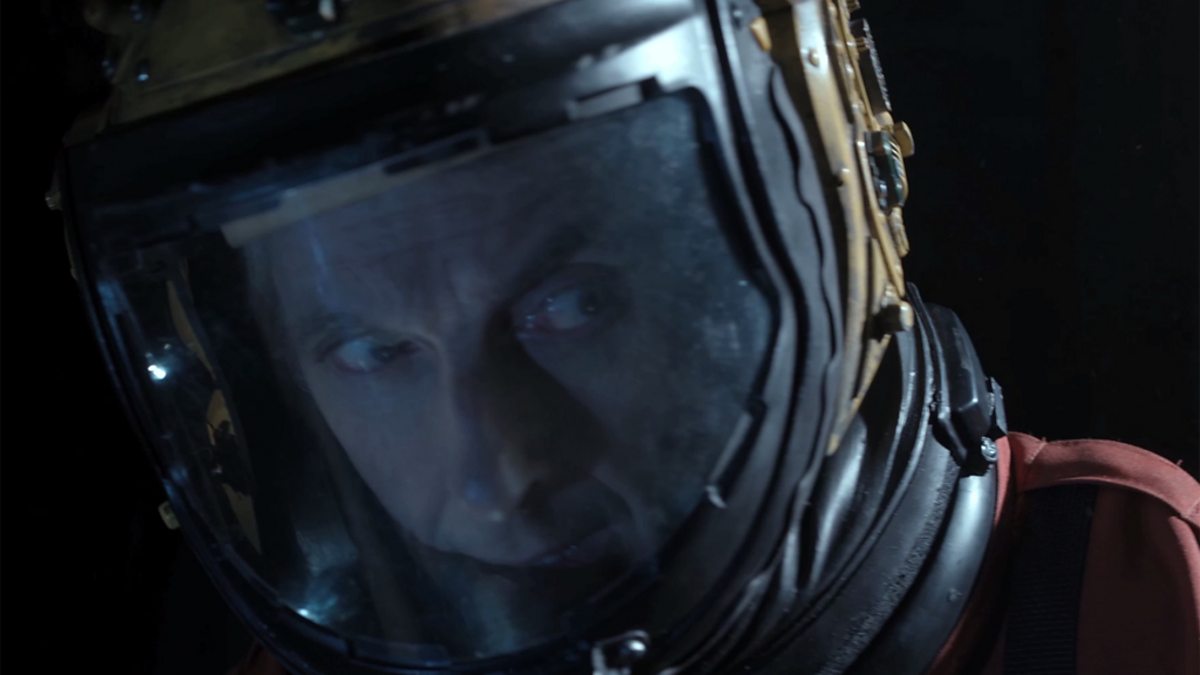 The Doctor and Clara face vicious, spider-like creatures… and a terrible dilemma.

That’s probably one of the daftest plots Who has ever had, and yet there was considerable heft to the overarching point of the thing. The Doctor can’t decide everything for humanity after all, although he was particularly dickish about it here, massively frightening and angering Clara. I wonder why he’s being written as so much of an insensitive arsehole. I guess we’ll find out…

I thought that was a load of old shit. Worst episode of the season by a mile, IMO.

Uh, what was that? Let us not speak of the Moon is an egg episode again.

Ouch, that was badly written. I mean, ouch. No one could save that script.

Didn’t care for it at all.

I actually quit watching about halfway through.

Yeah, so far this seems to be the weakest episode of Capaldi’s run so far.

And Capaldi’s Doctor has been reminding me of Hartnell’s Doctor (probably the grumpiness) but in this episode he also reminded me of Eccleston’s Doctor.

IGN just gave it a 9.3/10 and said it is Capaldi’s best episode yet. Wow, we saw different episodes.

Yeah, this one’s really polarising people. Den of Geek, IGN, AV Club and the Daily Telegraph all gave this episode top marks. I’ve yet to read a bad review of it. I’ve no idea why, though.

This felt like an important episode. Maybe the best this season. I didn’t like how fast things happened – it should have been 30-60 minutes longer to allow events to develop properly.

It was interesting to see the Doctor put so much pressure on Clara. I love how she is becoming a strong, independent character. And the tension between the Doctor and Clara is fascinating.

I thought the basic plot was kind of dumb. But…

Everyone called the Doctor out for being a giant douche-canoe! Finally! Ah, so good. Suck it, Doctor.

I prefer at least a hint of science in my science fiction. This was just mind-bogglingly stupid.

I liked it just fine (but then, I’ve liked all Capaldi’s episodes, with “Into the Dalek” IMO being the weakest). I particularly liked the final scene, where Clara finally called the Doctor out for his behavior.

Yeah this one I liked.

Some bits that made little sense sure but in a format that I could ignore 'em. I can see how some wouldn’t. Can’t see how some can accept bits that don’t make sense in a caper ep but cannot in this sort of ep though.

Decent monster of the week elements. Shows real development of characters and their relationships. And they wanted us unsure if Jenna Coleman was going to continue or not. Okay by now those rumors have come and gone but it looks like she’s not in next week.

Going back to predictions made last week - no the Doctor did not tell Clara to do something ehtically questionable. He refused to make the choice for her. And she vetoed humanity’s choice.

That was indeed the worst plot-writing I’ve ever seen on this show. Some amusing character moments, but mostly heaping piles of turds.

Wow that was bad. I’m sorry the actors had to give those lines.

We’re supposed to suspend disbelief on time and space a bit, okay.

But mass doesn’t work like that. Nor does gravity. Nor does continuity (regarding the moon). What a sloppy sack of crap.

Of course it works that way - in the WhoUniverse. Like any other fictional universe, the rules are not the same there as they are here.

As I said elsewhere; Once again three women, one young, one adult, one older; decide fate. How very Mythological.

That was indeed the worst plot-writing I’ve ever seen on this show.

You’re not wrong, it’s just that your sentence is three words too long.

I tried to get into Doctor Who back in the late 80’s when Tom Baker shows were on the local channel, but then after two episodes, they stopped showing it! My timing sucked. Anyway, if they hadn’t stopped showing it, and I’d been exposed at a younger age, maybe I’d be “into” it now. I started watching it this season because of Peter Capaldi, and because I’ve always been intrigued by the show, feeling like I was missing out on something.

“Oh my gosh, it laid a new egg!” An egg it’s own size. In the same spot where it was born. Thirty seconds ago. AFTER having flown away on wings in a vacuum. It’s a BAY-BEE! It can’t help it’s destroying the Earth, itself with a few hundred-million BAY-BEES of it’s own on it that we JUST. CAN’T. SEE. as important somehow.

I don’t want to threadshit. I really wanted to like this, but I guess it’s not for me. I liked Capaldi at least, and the effects/sets worked for me. Well, the non-creature effects.

That was a lot of fun. It didn’t make sense, but it was fun.

Every episode so far this year has been more enjoyable than the last, but also sillier. A paradox, but true.

I kept getting weird anti-abortion vibes from this episode. It’s a BABY!! You can’t kill an unborn BABY!!!

I thought this episode was really really stupid.

The actress playing the student is terrible and I hope we never see her again.

That was indeed the worst plot-writing I’ve ever seen on this show. Some amusing character moments, but mostly heaping piles of turds.

Wow that was bad. I’m sorry the actors had to give those lines.

We’re supposed to suspend disbelief on time and space a bit, okay.

But mass doesn’t work like that. Nor does gravity. Nor does continuity (regarding the moon). What a sloppy sack of crap.

How does a space embryo mature? You know?

Maybe it suddenly reaches a point where it sucks up dark matter and puts on mass rapidly after having formed the low mass framework gradually over many eons and its egg left behind matures rapidly into a moon size quickly. There may be an evolutionary reason for it to need a planet to be around and a stable one that does best with an egg of the same mass as itself being there. Really this is easy to fanwank. Much easier than other crap we’ve had posters handwave away.

The show has previously dealt with points in time that the Doctor does not believe he can personally intervene in on multiple occasions, with unclear implications for timeline continuities. We accept the timey whimy most of the time or we cannot watch the show. Funny enough he came to a different answer about that when Capaldi was involved before as another character and I wonder if on rewatch there are any allusions to that?

The Doctor has a soft spot for the only ones of their kind it seems. The Teller (in an awful ep I maintain) may have sucked the minds out of untold numbers of people and creatures but it was worth saving while who knows how many people were let fry in the storm. Remember for quite a bit he thought he was the last of his kind so it may be a sort of kindred sympathy.

I can suspend my disbelief enough to accept a wacky man in a time-traveling box, but this episode just kept piling on the stupid to an unbearable degree.

I get it, simulating moon gravity would be too much work with wires and would break the budget. But hand-waving it away as the moon “put on weight” without explaining why is stupid.

So the moon apparently is part of a 100 million year life-cycle of some winged creature (wings in space? the fuck?) that, once born, immediately lays a similar moon-sized egg. This is all kinds of dumb.

A creature so big that it’s bacteria are the size of small dogs and takes the shape of spiders, and even does spider-like things like spin cobwebs (but still can be killed by disinfectant). This is also really dumb.

Sure nice of NASA to broadcast a strange woman’s message worldwide. And that everyone got it within 40 minutes. Even though it was nighttime in the Americas and Europe. Guess everyone in the western hemisphere is a night owl.

So they make their stupid plea and get everyone to vote. And given the information they all had (namely, the moon has six times the gravity now and the tidal forces are wrecking the earth, and apparently harbors a giant creature) sensibly conclude letting the creature live is too risky and vote to exterminate it. And then Clara and the black teen override the rest of humanity anyway. What assholes.

So in sum, the science is atrocious, the writing dumb, and all the characters act like assholes. Why anyone likes this episode is beyond me. Easily the worse Who episode I’ve seen yet.