Documentary presenters in the UK

But if it’s erudite female television presenters you want, why not consider Dame Mary Beard? Her expertise on ancient Roman culture is unrivalled.

And she has a neat way of dealing with trolls. 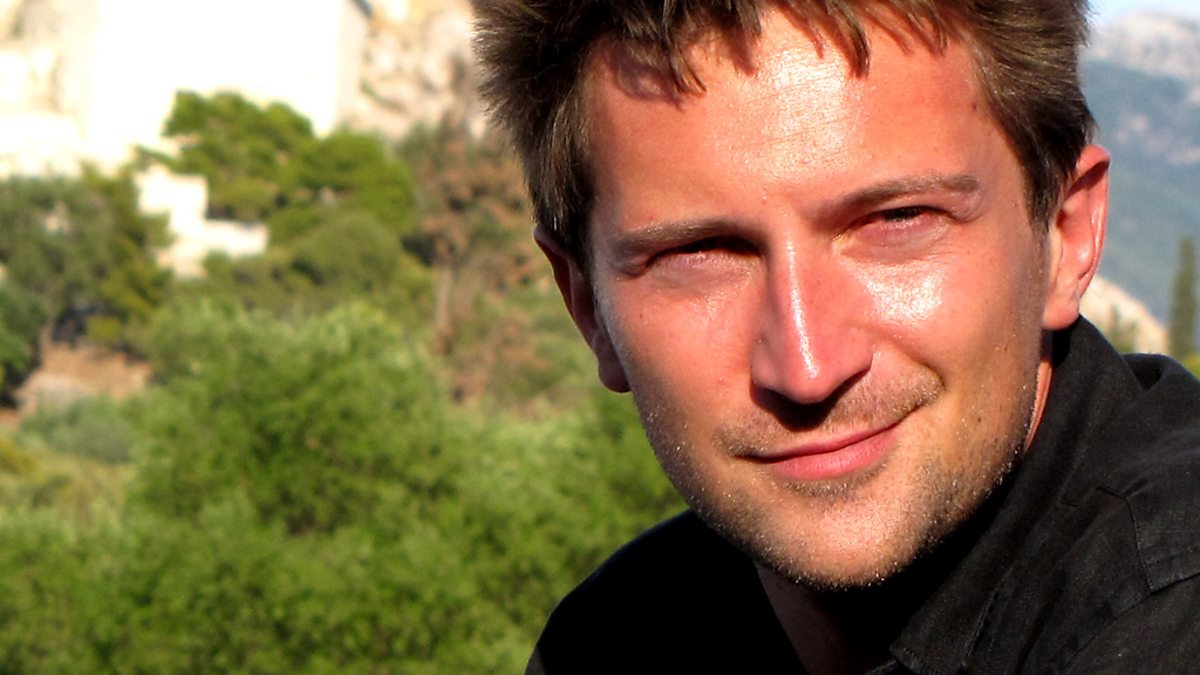 I have a very big crush on Alice Roberts. She’s bright, knowing and all around gorgeous.

Another vote here for Professor Alice Roberts. She has had several excellent series recently, including one where she goes around British cities explaining that city’s role in some important episode in British History (civil war, the plague, slavery, reformation, the restoration etc). 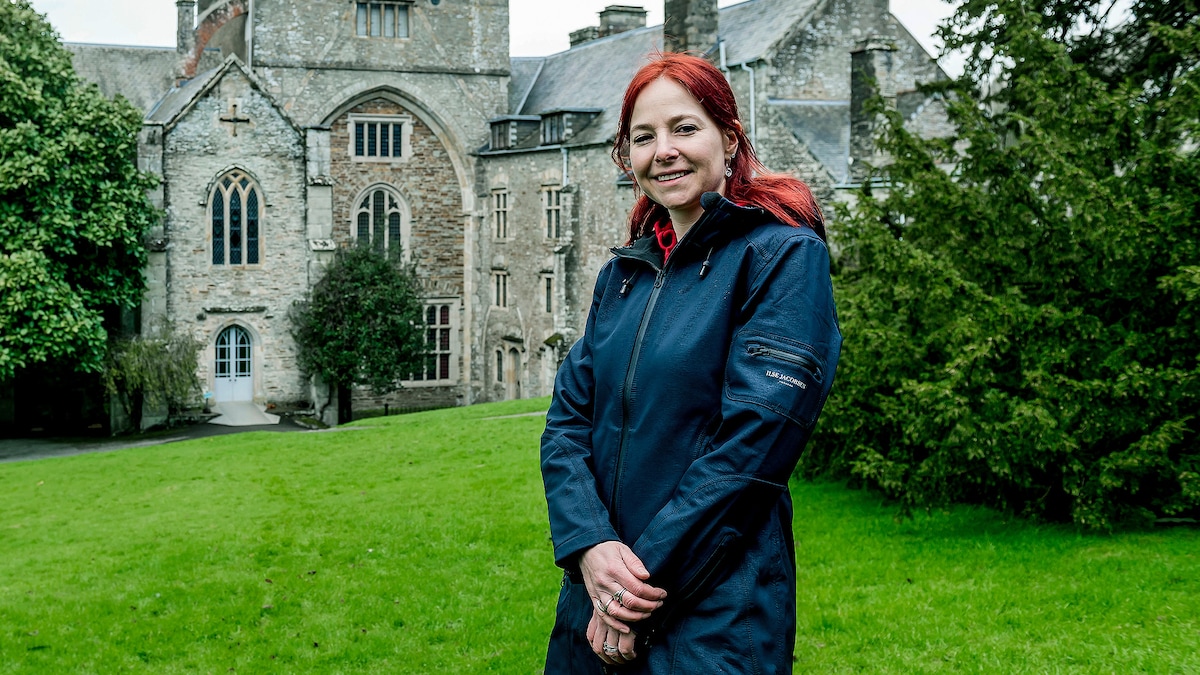 She also has just published a book that looks like it needs to be read. 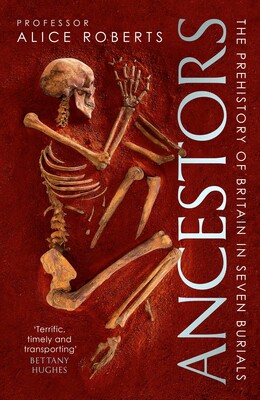 THE SUNDAY TIMES BESTSELLER An extraordinary exploration of the ancestry of Britain through seven burial sites. By using new advances in genetics a...

This one is actually the subject of her professorness but her previous book, on Humanism, was also excellent. 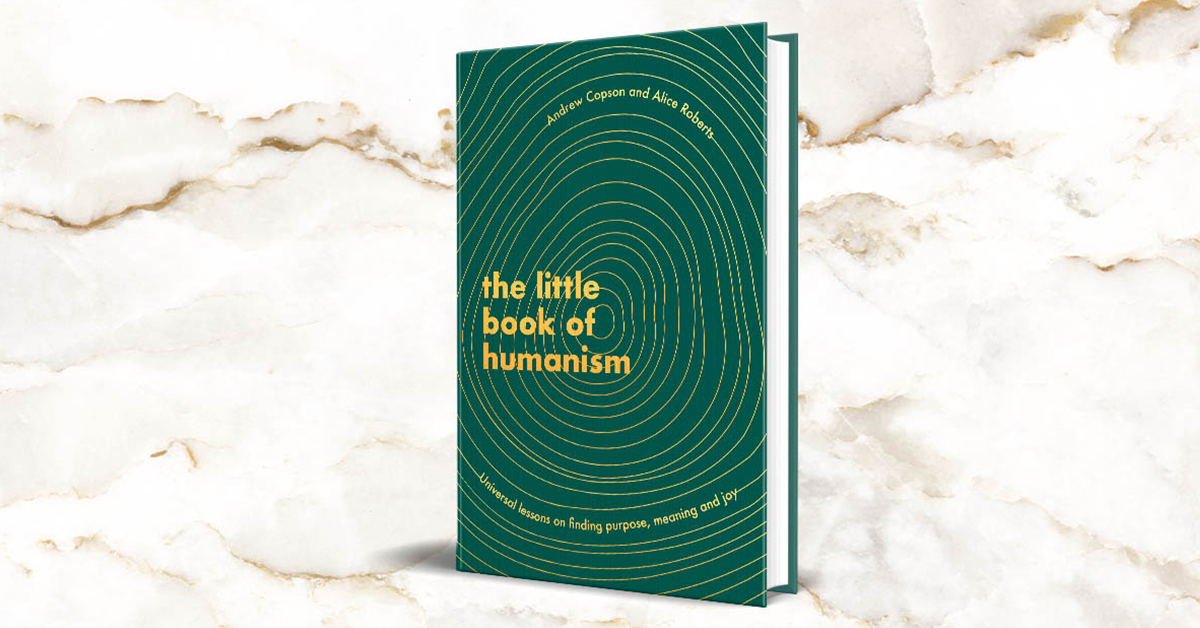 The Little Book of Humanism, published on 27 August, shares over two thousand years of humanist wisdom through an uplifting collection of illustrations, stories, quotes, and meditations on how to live an ethical and fulfilling life, grounded in...

If you get the chance, check out her YouTube series on embryology and anatomy. It’s like a Zen meditation with beautiful watercolours while you learn university-level anatomy lessons.

My personal favourite is this one: 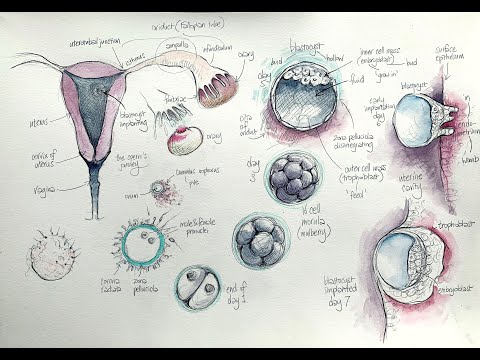 David Olusoga is excellent too. He is good-looking and has an oh-so-calming voice. His remake of Civilisations (with Simon Schama and Mary Beard) was marvellous but I particularly loved his House Through Time. 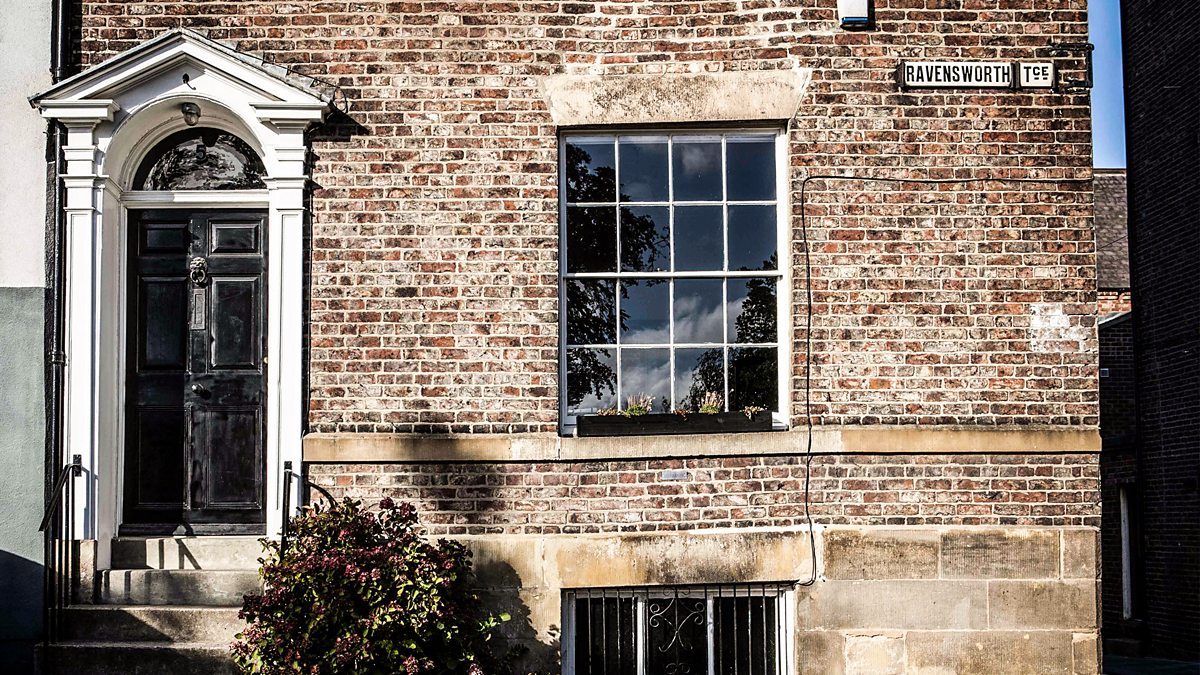 BBC Two - A House Through Time

The story of those who lived in one house, from the time it was built until now.

The eponymous house in Bristol happened to be just down the road from me and Olusoga traced all of the occupants going back to the 18th century. A surprising number of them were slave traders so we got to have a glimpse into the lives of some people who made their living buying and selling other people.

There’s a big youtube series featuring a lot of these people. Suzannah Lipscomb did a bunch of videos about living in the Victorian age, Ruth and some other people, who’s names I don’t know, did a series where they ran an Edwardian era farm for a few months, making it as realistic as possible. I think there were a few others as well.
I’ve never watched any of it on TV and only know them from youtube. The videos, at least the ones I watched, are really well done and a good watch when you have 45 minutes to kill. 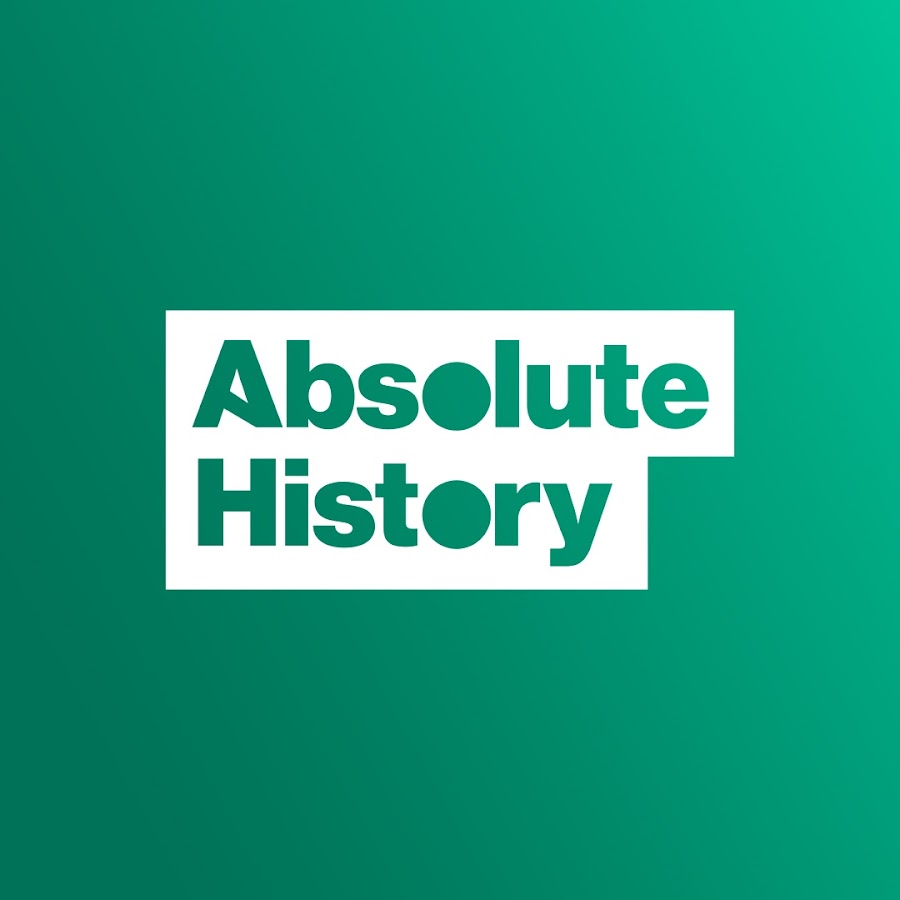 Welcome to Absolute History - the home of fun, shocking and curious tales from throughout history. From Tony Robinson's Worst Jobs in History to Suzannah Lipscomb's Hidden Killers, join us to learn about our history the entertaining way. Subscribe...

The one that gets all the attention is Professor Brian Cox

I seriously cannot stand either of these presenters (though Professor Brian Cox has written some v good books ). Lucy Worsley I quite rate.

Though to me the problem is the content rather than the presenter, being fronted by Dan Snow in particular is signalling, in my experience, that a documentary will be almost completely content free.

I liked this presentation by Sue Brunning of the British Museum: 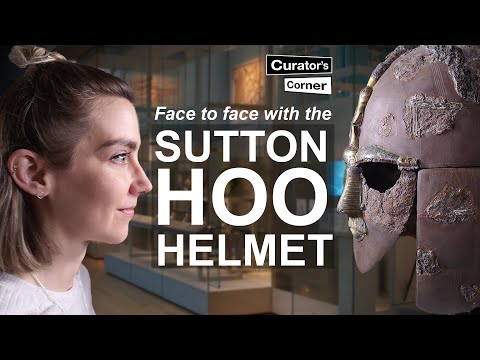 There are three other presentations by her in the same series.

griffin1977:
Though to me the problem is the content rather than the presenter, being fronted by Dan Snow in particular is signalling, in my experience, that a documentary will be almost completely content free.

Yeah. His dad was better. It’s as if his role was entirely as eye candy…

And don’t miss Irving Finkel of the British Museum on ancient cuneiform writing.

Besides being a real expert with a deep passion for his subject, he’s quite a character! 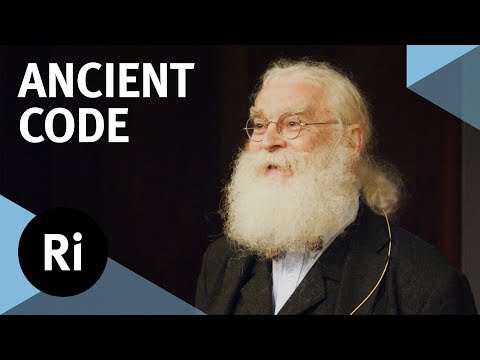 And she has a neat way of dealing with trolls

In this thread I half expected you to mean the other kind of troll in a series Famous Bridges of Britain.

Did she do those watercolors? Heart, be still!

Irving Finkel is older than me. I like that.

Suzannah Lipscomb is extremely easy on the eye.

Listening to Dan Snows history podcasts is a depressing experience with has relentless endorsements and testimonials on behalf of his commercial sponsors. I don’t know how they guy can live with himself, he undermines his own credibility. It is shame because aside from that, the subjects are interesting.

Brian Cox is very over rated. Why does the BBC send him to so many wonderfully scenic locations to look up in the sky like some dreamy schoolboy? The fall to ground and try to explain the doings of the planets by taking a rock and drawing circles in the dirt while overlooking the telescope in top of a mountain in Chile? So many of those time lapse scenes of big dishes waving around.

This is surely a case of dumbing down and treating the audience as if they schoolkids and here is Mr Science teacher. I guess this stuff is not for me.

History programs seem endlessly in search of some ‘personality’ professor to stride purposefully in and out of historic building and extol the vices and virtues of some historical figure.

These guys behave like arrogant professors waxing theatrical about various psychopathic characters from the renaissance. If it wasn’t for the spectacles, they would fit right in there with the worst of them. At least they keep the audience awake.

Lucy Worseley is funny with her coquettish personality and the penchant for dressing up in historical constumes. She lightens the mood with her girlish observations about the personalities and lives of powerful women. There is a lot of wandering around Hampton Court in Tudor garb, a place she knows very well.

Niel Oliver is Mr Rent-a-Celt. He does Irish. He does Scottish (better) and he does not look like a professor, more like an extra from Braveheart. There is a lot of looking intently into the distance over the a sacred landscape that for a few minutes has escaped the relentless rain. His heroes are definitely not on the side of the English. But he lacks any academic credibility, he is an actor that depends on a script writer. Not enough letters after his name.

The historical documentary cliche is the visit to the Parliamentary archives to cast an eye over some scroll of parchment taken from shelf and reveal some clue to the goings on at the heart of power.

UK History and Science documentaries tend to overuse this kind of material and they depend on personality presenters they have discovered amongst the authors of popular science and history books. Some of them certainly have a taste for showbiz but the treatment of the subject is often pretty lightweight and makes few demands on the audience.

I got a lot more from Dr Michael Scott and his series on Classical history, which had much more depth.

I guess it depends on whether you are in the mood to be educated or entertained.

Here is one the BBCs better finds from a few years back.

St Wendy, a nun and art critic. Her engaging enthusiasm for art was inspiring and her religious perspective was clearly an asset when it came to understanding renaissance art. Far more appealing than the arrogant history men. 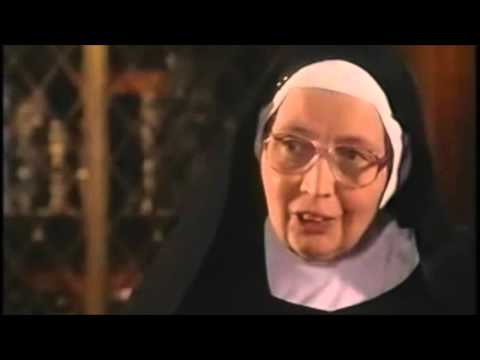 Did she do those watercolors? Heart, be still!

She draws them live while she is talking so it’s all “And this is where the ovum enters the fallopian tubes” while she draws a fallopian tube and she keeps erasing and redrawing to show the zygote dividing or whatever. Then, while she’s summing up at the end, she goes back and paints in the details in watercolour.

I think she’s disqualified on the “UK” part, but yeah. When I go I want a funeral director like her.

they depend on personality presenters they have discovered amongst the authors of popular science and history books.

I know what you mean but…Professor Cox really is an illustrious professor of particle physics and he does talk about some pretty heavy physics (and not a little philosophy). I get that he is not everyone’s cup of tea and it’s dumbed down a bit. But in the USA it would be presented by Morgan Freeman and there would be sharks and explosions.

I think it’s awesome that we have so many famous professors presenting serious documentaries. I can barely name a celebrity professor in the USA except for Neil deGrasse Tyson.

I do think they over-use their best professors. Professor Alice Roberts is an anatomist and they have her modelling Tudor fashions. But, IMO, better that than to have Sigourney Weaver host everything.

I think she’s disqualified on the “UK” part, but yeah. When I go I want a funeral director like her .

This thread started about the US and UK, but there aren’t enough Yanks, or Yank networks, in the documentary biz. I haven’t seen enough of Doughty’s videos, but I think she’s mostly about a memorial service held over a hole in your backyard. No coffin or embalming for the most part. I can’t see her being popular in her industry.

But, IMO, better that than to have Sigourney Weaver host everything.

I’ve gotten to the point where I’d prefer her uncle Doodles.

For documentaries about ancient Egypt, I really like Salima Ikram and Joann Fletcher. They are both very knowledgeable, competent and passionate for their subject. Salima Ikram (Urdu: سلیمہ اکرام‎; born 17 May 1965) is a Pakistani professor of Egyptology at the American University in Cairo, a participant in many Egyptian archaeological projects, the author of several books on Egyptian archaeology, a contributor to various magazines and a guest on pertinent television programs. Ikram was born in Lahore, Pakistan in 1965. A visit to Egypt when she was nine led to her interest in Egyptology. Ikram studied Egyptology and archaeology at Bryn Mawr College, earn...

Joann Fletcher (born 30 August 1966) is an Egyptologist and an honorary visiting professor in the department of archaeology at the University of York. She has published a number of books and academic articles, including on Cleopatra, and made numerous television and radio appearances. In 2003, she controversially claimed to have identified the mummy of Queen Nefertiti. Fletcher was born on 30 August 1966 in Barnsley. She was educated at Barnsley College, a sixth form and further education col...

As long as nobody suggests Dr Zahi Hawass, who insinuated his way into every Ancient Egypt documentary and article in the '80s through '00s but didn’t earn any cookies through the simple expedient of replying to my email question:

As long as nobody suggests Dr Zahi Hawass, who insinuated his way into every Ancient Egypt documentary and article in the '80s through '00

Yeah, this guy is ubiquitous in documentaries about ancient Egypt, and he’s full of himself.

This is my thread and I am not letting somebody else write the last post!