Does Trump deserve any credit for Operation Warp Speed?

I guess everything is relative, but the one area in which I sense that the news media seems to give credit to Trump is Operation Warp Speed. And I guess that the recent great news about the successful vaccine trials justifies this take. But what did Trump actually do?

Perhaps my judgement is clouded by everything else he’s said and done, but I’ve assumed that Trump basically just sent a bunch of cash to the best pharmaceutical and distribution companies. We were printing trillions of dollars anyway, so what’s a little more? Did he do anything special, or anything that any other president wouldn’t have done?

No. The mission of “Stop This Virus” is self-evident. Slapping a name on the concept deserves no credit.

I don’t congratulate people for successfully wearing clothes either.

No. The mission of “Stop This Virus” is self-evident. Slapping a name on the concept deserves no credit. -

Especially since he’s done so much to not “Stop This Virus”.

I don’t remember how Operation Warp Speed was funded. Did it come from funds appropriated by Congress for vaccine development?

Given that Pfizer, the first to report a functioning vaccine, famously opted out of the entire Operation Warp Speed (“OWS”) effort says that if there was impact, it was rather marginal.

OTOH, if OWS was/is mostly about having production and distribution in place for whenever the vaccine did get invented, then the only thing we can honestly say is that OWS has not yet been put into play. So we don’t know whether it will or won’t work; it’ hasn’t been tried yet.

I have not searched extensively, but I’m not able to find anything beyond press releases that really explain what it OWS substantively. I’d like to see EOs, things published in the Federal Register, minutes of high level meetings, contracts with suppliers & researchers, etc. Those are what get things done; not tweets or press conferences.

Given that he overtly refused responsibility for the government’s pandemic response early on, I have a particularly hard time with giving him “credit” for anything now. It’s another classic Trumpism: it’s never his fault when things go wrong, but he’s always eager to take credit for good news.

I’ve assumed that Trump basically just sent a bunch of cash to the best pharmaceutical and distribution companies.

Did Trump make that decision? I assumed the funding was a result of Congressional action.

I doubt Trump was involved in any of the decisions about how the money was allocated either. Reports are saying he doesn’t even show up at the meetings where these subjects are discussed.

Latest reports are that he hasn’t been to a task force meeting in over 5 months: 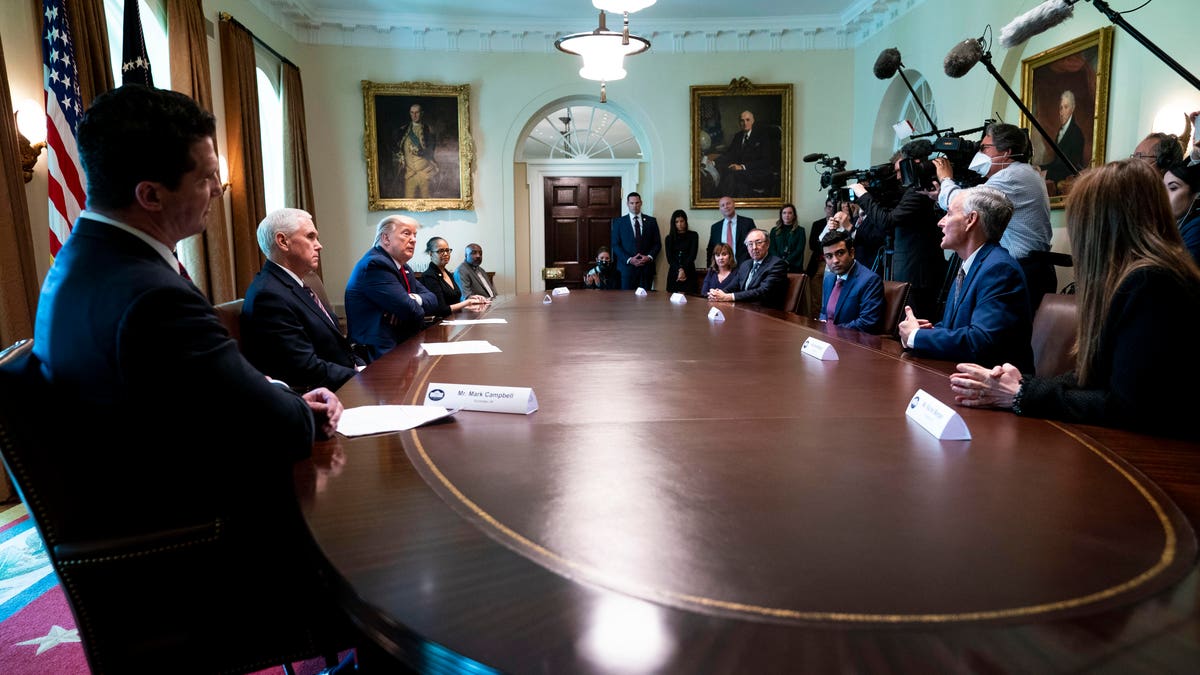 Frankly, the more hands-off Trump is about anything his administration does, the more likely it is that it’ll go well. Or at least better than it would go if he were involved.

Did Trump make that decision? I assumed the funding was a result of Congressional action.

Upon cursory review, it looks like it is funded by money from the CARES Act. So trump signed it, big whoop, which any other president would have also done in his place.

Don’t know if there was other funding involved or whose idea it all was. Trump said HURRY but scientists are the ones who came up with the way to do that. And he only said HURRY because he wanted credit before the election, not because he had an awesome idea that no one else could have thought of. Maybe his impatience caused them to think outside the box? Even that may be too much credit, I don’t know. I wonder who came up with that name?

Has anyone ever seen the Obama pandemic response plan? Wouldn’t surprise me if anything OWS did was already planned for in there. Just without the dumbass name.

I wonder who came up with that name?

This is how low we’ve set the bar for Trump. We pat him on the head and say “Good job, Mr President” when he stays out of the way and doesn’t make things worse.

I don’t congratulate people for successfully wearing clothes either.

He didn’t even do that. Chump deserves every bit as much credit for a vaccine as he does for making Mexico pay for that wall.