During a physical exam, why didn't the doctor do this?

A new patient (who had a ‘pain in the chest’ which went away) went to be checked by a doctor. It was a hasty exam and I won’t go into details but the thing the patient complained of was that the doctor did not listen to her heart or lungs with the stethoscope. She wants to know why and is it because this doesn’t really tell the doctor anything?

There’s not very many good reasons for that. If someone’s complaint is chest pain that should definitely be part of the exam. Maybe the doctor in question was a specialist who doesn’t normally examine the chest, like a psychiatrist or ophthalmologist? Maybe there was an emergency and the doctor had to leave before completing the visit? Other than that, I can’t think of any good reason why that would be omitted.

For decades now, it has been easier to send a heart patient for an echocardiogram, and that increasingly sophisticated imaging test has proven more accurate than scope-to-chest interpretation of the lub-dubs, clicks, gallops and whooshes produced by the human heart. 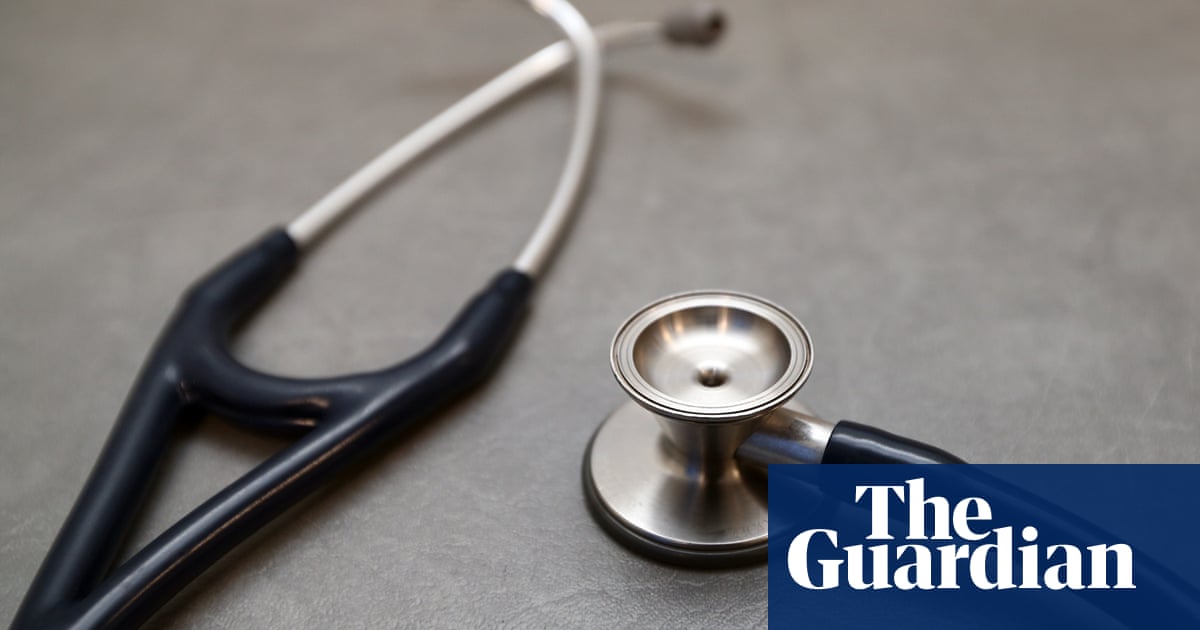 Has the stethoscope had its day?

After two centuries of service, the iconic diagnostic device has acquired its fair share of detractors

Yep. When I was having chest pain that turned out to be unstable angina that had been going on for weeks, my PCP took my BP and did an EKG, then sent me to a cardiologist. His stethoscope stayed around his neck.

Yeah, if the doctor did other, more specific and more useful tests, I’d see why they’d skip the stethoscope. If he instead talked about “balancing the humours” and put some leeches on your chest, I’d find another doctor.

I just saw my cardiologist yesterday. First I had an EKG, then when I saw him he did examine me with his stethoscope, in addition to an extensive interview. Today I’m wearing a 24-hour Holter monitor. Next month I have to go in for a stress test.

^^^I had to wear a heart monitor for a month. It was after my stroke and after I was released from the physical therapy place.

It was a pain in the ass.

Damn; they made you wear it there?

Neither auscultation (using a stethoscope) nor using a handheld ultrasound device would be definitive in establishing or excluding a cardiac problem as the cause of chest pain.

No physical exam required for any of those presenting concerns.

Today I’m wearing a 24-hour Holter monitor. Next month I have to go in for a stress test.

It’s some consolation to know that someone else is sharing the same PITA. I had one cardiac issue years ago which was fixed right up with stents, but I’ve been haunted by a cardiologist ever since. He currently seems to be bored and wants pretty pictures and graphs to look at, so yesterday I had to endure a heart ultrasound that took damn near an hour, and next week I get one of those 24-hour monitors. He also wanted to schedule me for a nuclear stress test and I outright refused.

He also wanted to schedule me for a nuclear stress test and I outright refused.

The cardiologist who placed my stent 5 or 6 years ago wanted to recheck me a few weeks post-op. His fee was outrageous, my co-pay was more than what he charged people without insurance, and his exam consisted of asking me how much pain I was experiencing, to which I answered “none”. He auscultated my chest for ten or 15 seconds and told me he’d see me again in 6 months.

It’s been 6 years and I’m still fine, having never seen him again.

Neither auscultation (using a stethoscope) nor using a handheld ultrasound device would be definitive in establishing or excluding a cardiac problem as the cause of chest pain.

I heartily concur, but then I’m an old primary care doc (and I live and work in the country too). I won’t hang my stethoscope up until I retire (in about a year). It’s a Tycho Harvey model, I got it in 1979, and only about 3 pieces of it are still original.

(Smelling is clinically appropriate only infrequently, tasting never is).

Actually leeches are useful for drawing out blood in areas of impaired circulation [friend in Germany had compartment syndrome in her foot, they used leeches to pull the pool of blood out of a couple toes, go figure] There is a company that grows medically sterile leeches for medical use.

had a thread about having a triple bypass, in which a team of medical staff had to call in a ‘pulmonary expert’ to use a stethoscope.

I was a psych hospital-based mental health worker at times in the old days. We took patients’ vitals as well as providing therapy in the milieu. These days, I’m not supposed to use an automatic blood pressure cuff, so I need a manual cuff and stethoscope for my vitals, plus fingers on my wrist for pulse. Many, many facilities have 0-1 manual cuffs for the whole place, and virtually no med techs (and even some nurses) know how to use them or take a pulse. I sometimes just ask for the gear and do it myself (including not just my pulse, but its qualities). It’s not hard, but like driving a stick shift, it’s mysterious if you haven’t been trained to do it.

like driving a stick shift, it’s mysterious if you haven’t been trained to do it.

I’m stealing that analogy, thanks!

had a thread about having a triple bypass, in which a team of medical staff had to call in a ‘pulmonary expert’ to use a stethoscope.

That’s a deliberately obtuse reading of my post, particularly because the same paragraph in which the pulmonary expert is mentioned also contains the line, “I spent a day getting tested for everything they could think of.” Much more than merely using a stethoscope was involved on the part of all.

I admittedly left out the fact that the same specialist had seen me in the emergency room, doing a long examination and asking me a half hour’s worth of questions, so when he was brought in he already had a good understanding of my case, now bolstered by the results of the several scans and tests I had undergone.

I don’t feel that at any time I was left undertreated or ignored. I had a squad of people constantly checking on me. And as I explicitly said, my problem was having two unusual side effects happening independently but simultaneously and reinforcing, a one in a million problem that my PCP said he had never heard of in his 20 years of practice. Expecting the hospital staff to immediately recognize and diagnose such a situation wouldn’t even happen on television; it would have to wait until after the third commercial break, after they brought in the brilliant but eccentric specialist.