Embassy staff arrested in the US

In American cop shows, I often see someone getting away with serious crimes because they work at some foreign consulate or embassy.

Is it that simple? Just flash your ID and walk away. I know they have to abbreviate things for a short show, but surely the miscreants would be seriously inconvenienced before their own country shipped them home in disgrace.

It will depend on the nature of the crime, the level of diplomatic credential the person holds, and the specifics of the hosting agreement between host country and the embassy country.

Ex. the U.S. has some diplomatic postings abroad where some of its people on diplomatic credentials are made subject to local law enforcement for certain crimes, while for others they are not. Usually, the highest-ranking diplomatic officials are essentially immune from any prosecution for any crime committed in the host country, by the host country–they can still be prosecuted by the embassy country, though. There was an episode of the old Columbo series in which a diplomat from an Arab gulf country murders the brother of the King/Emir what have you, Columbo eventually proves it was him, but the diplomat snidely remarks “ah, but as you say, I have diplomatic immunity, so while you have proven your case, you cannot do anything about it.” Cue the Emir walks out from a side room where he had been waiting to hear this conversation. Columbo then tells the murderer he can waive his immunity and face prosecution in California, or he can face prosecution by the Emir at home. The murderer looks aghast and says his home country is “barbaric” and he would not go back there.

Now that’s a Hollywood story–the nucleus of it is true though–just because the diplomat was immune from prosecution in America, he would not be immune from prosecution back in his home country. Now some specifics of Columbo were wrong–diplomatic immunity is a privilege enjoyed by the country not the individual, confusing as it may be. It isn’t actually the diplomat’s immunity to waive, it is the country’s. So technically in that scenario, the murderer would not have the legal option to waive his own immunity, and likely could not prevent his being recalled back to his home country to face trial. Maybe he could beg asylum in the United States if he could demonstrate some innate violation of his human rights was going to occur at home, and essentially “defect.”

Note also there’s no requirement to say, let someone go on a shooting rampage in a host country because they’re a diplomat. The host country’s security forces could respond to that with lethal force. If they captured a diplomat in the midst of a shooting rampage, they couldn’t prosecute him, but they could certainly place him in custody to avoid him doing more harm, declare him persona non grata (that is when a host country revokes immunity–note that it isn’t retroactive, the person then has a time window in which they must leave the country, if not they forfeit treatment as a diplomat), and send his ass home.

Diplomatic immunity is a form of legal immunity that ensures diplomats are given safe passage and are considered not susceptible to lawsuit or prosecution under the host country's laws, although they may still be expelled. Modern diplomatic immunity was codified as international law in the Vienna Convention on Diplomatic Relations (1961) which has been ratified by all but a handful of nations. The concept and custom of diplomatic immunity dates back thousands of years. Many principles of diplom...

Diplomatic immunity works like that, with some significant qualifications. Diplomats are pretty much immune from prosecution by host countries. But, who qualifies as a diplomat and what arrangements can be worked out between the host and home countries varies.

Bottom line, diplomatic immunity is a real and powerful thing. Not everyone from an embassy or especially from a consulate is covered by it. And the home country can also prosecute for crimes if they choose to.

And not that it’s more complete, but for fans of the OG column -

What’s the story on diplomatic immunity?

I find it a bit more fun and readable than the wiki entry, and it gives examples of prosecutions both avoided and enforced per the desires of the sponsoring country.

It is definitely not as easy and flashing your ID in practical terms. If you are standing over a body some beat cop isn’t going to take your word for it. At the very least there would be be a trip to the station and calls to the Department of State and/or the embassy. Times that by 100 if you are not in NYC or DC were this might come up regularly. I work less than 50 miles from the UN and it’s not something that has ever come up even at the level of a minor crime.

Also note that even if the agreements in place don’t require a country to waive diplomatic immunity, they could still do so anyway. This might happen, for instance, if the crime were sufficiently heinous that letting the diplomat get away with it would cause political problems back home, or if the diplomat’s country is trying to butter up the host country.

I have a friend who is in that sort of work (diplomat stuff, not the cop stuff). When he was working at the consulate in our area he had a consulate car one night and gave us a ride. He explained to us: 1) No, we aren’t in France. That’s a different car. 2) He can have parking tickets cancelled, but not if he parks in a handicapped spot (They could cancel that too, but the consulate won’t).

I see a lot of ‘it depends,’ but certainly there would be an arrest and then diplomatic stuff would intervene later (or not at all).

Apparently, diplomats in London have accumulated vast numbers of parking tickets that will never get paid. I suspect that the USA is not a major offender but certainly, some African countries don’t seem to care at all.

Otherwise, I think the situation here is much as described above. Clearly, the writers of cop dramas just use it as a device.

US Embassy in London policy is that its diplomats should pay their parking fines, and they mostly do. But they object to paying the congestion charge, a fee that must be paid to drive a vehicle into central London and (as of this BBC report from 2020) they were the largest offender of all the embassies in London, and had a greater amount outstanding in unpaid congestion charges (£12.4 million) than any embassy had in unpaid parking fines (worst offender, Nigerian High Commission at £47,165).

The US Embassy takes the view that the congestion charge is a tax, from which they are exempt. The UK authorities consider it to be a user fee, from which embassies are not exempt. 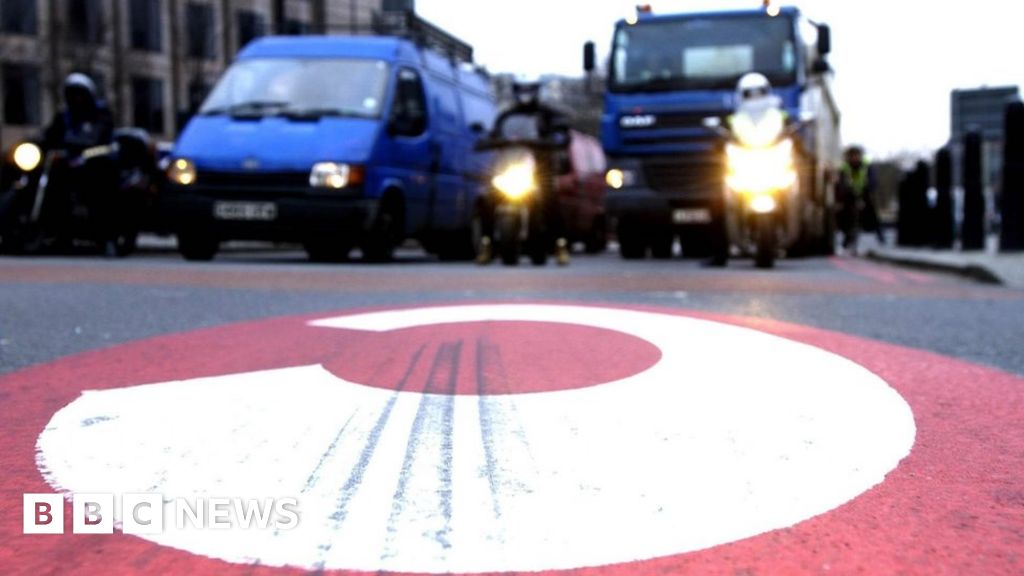 Embassies from around the world also owe over £200,000 in parking fines, the Foreign Office says.

Someone I know did high end engine stuff. Early in his career, he worked at a place that got a job to increase the power on a car that had been armored and was a lot more heavy. It had consular plates and he joked about being able to get away with anything. I don’t think it was totally true but I bet State Department plates gets you off a few things

Apparently, diplomats in London have accumulated vast numbers of parking tickets that will never get paid. I suspect that the USA is not a major offender but certainly, some African countries don’t seem to care at all.

The diplomats at the UN have given the NYC police headaches for a long time.

Diplomatic Immunity Won't Save You From Parking Tickets In New York

If you’re a diplomat on U.S. soil, you can steal, plunder and murder to your heart’s content without having to face the legal ramifications of your actions. But, by God, you better pay your parking tickets in New York City.

One of my relatives had diplomatic immunity for the two years he was assigned to the Washington area. If was emphasized to him strongly that although he was immune from American law enforcement, any hint of a problem he would be recalled immediately. The Canadian government also had the option to waive his immunity and let him be prosecuted.

Depending on the problem and the degree to which the USA wants to make a point, they can expell a particular diplomat (withdraw accreditation) or boot out the whole embassy to express displeasure, or anything else to apply pressure, if the other country is not very cooperative. 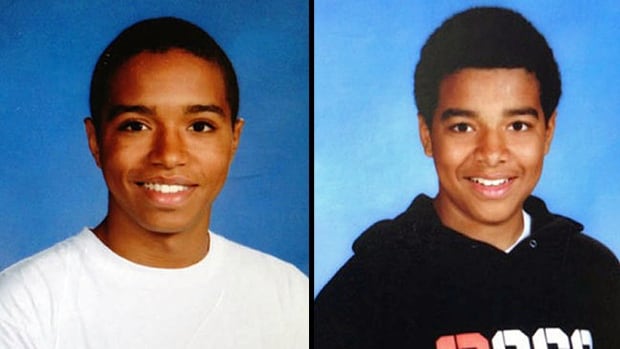 The shield of diplomatic immunity affords no protections to the teen son of Canada's consul general in Miami Roxanne Dubé, according to Canada's foreign affairs department.

It had consular plates and he joked about being able to get away with anything.

But it’s a common misconception, so not everyone gets the joke.

Once upon a time, I came on a cop writing a parking ticket on a car with DPL plates. I asked him why he was bothering since it certainly wasn’t going to be paid. He thought a minute and then abandoned the ticket.

But, if you do something and the cop pulls you over - if you just say “I have diplomatic immunity - see the plates?” Then drive off… What’s the cop likely to do? I assume just write up a report describing person and car and situation, and let the brass handle it. The brass will contact the consulate, who will say “what? My car was in the shop!” I assume more fallout will follow. Depends ho determined the police are, and what the car and driver did.

I also recall reading about some diplomat from Russia who killed someone while drunk driving in Ottawa. Obviously not prosecuted in Canada, but due to bad publicity it was rumored his situation back in Moscow was not good - some thought he ended up in jail there. Not every embassy employee is a close friend of those in high places.

if you just say “I have diplomatic immunity - see the plates?” Then drive off… What’s the cop likely to do?

Put you in custody and call the embassy and the state department to get things sorted out.

Once upon a time, I came on a cop writing a parking ticket on a car with DPL plates. I asked him why he was bothering since it certainly wasn’t going to be paid. He thought a minute and then abandoned the ticket.

Lots of embassies have a policy that their staff should pay parking tickets, and if the host country authorities complain to the embassy about unpaid tickets the embassy will discipline the offending staff. And some host country authorities - including in the UK - have a policy of ticketing diplomatic and consular vehicles, and naming and shaming the embassies whose staff clock up large amounts of unpaid tickets.

Put you in custody and call the embassy and the state department to get things sorted out.

Is there a policy that says when the person claims diplomatic immunity and some evidence (i.e. plates) point to that being true, don’t even try to arrest them? If the driver fails to cooperate, how much force can the police use against what may be a diplomat? What degree of evidence do diplomats have to provide to be able to walk away from being detained?