F Merrick Garland. (He won't be going after anyone

So basically Garland won’t be going after Trump or anyone related to an election year . Bc he’s worried about optics apparently.

I have no fucking words! Is the attorney general about give Donald Trump a pass?

Who chose Garland for this job, and why him?
Is “wanting to appear non political” going to be used as meaning “being a coward” from now on?

Am I missing something? This editorial seems to be a bunch of speculation. Where does it even say that Garland “won’t be going after anyone”? With a subhead that could follow Betteridge’s Law of Headlines, no less?

It’s not speculation. Garland sent out a notice to the agency to not go after anyone with out his express written consent.

I saw it on Rachel Maddow. I may have given a bad link

If that’s what you meant to discuss, then yes, you did.

And barring more details, I still don’t see how “don’t go accusing a former president of the United States of crimes without me signing off on it” says “he won’t be going after anyone.”

What’s the only thing worse than not prosecuting Trump?

Prosecuting Trump and getting a verdict of not guilty.

If this is indeed cowardice on Garland’s part, what would he have done on the SCOTUS?

Exactly. I’ve said before and I’ll say it again, Garland was only nominated for the SCOTUS because he was inoffensive to Republicans and looked like he would get an easy pass in the senate. It was mistake for Obama to nominate him, he’s not SC Justice material, and he’s not Attorney General material either. His position on Trump has been inaction citing fear as his reason. He’s no more effective at his job than a Uvalde police chief.

Who chose Garland for this job, and why him?

Biden. I think it was a consolation prize for not getting on the Supreme Court.

His position on Trump has been inaction citing fear as his reason.

Yeah, Republicans are going to be mad. Well, fuck that shit. It’s like trying to be nice to a Komodo dragon or a Great White shark.

They are going to come after you no matter what you do. No point in being gentle with them. No point at all.

…what would he have done on the SCOTUS?

An attorney general’s job is so different than a justice’s job, so who knows? I think he was a good federal judge before being nominated, but an AG is more like a prosecutor, and a leader, and a politician.

If this is indeed cowardice on Garland’s part, what would he have done on the SCOTUS?

Garland would have been fine as a Supreme Court justice. The problem is that the role of a judge and the role of the Attorney General are very different. He was nominated by Biden as an antidote to the overt politicization of the Justice Department under William Barr, and Biden cited his judicial and apolitical temperament as virtues.

But the job of an AG is to aggressively pursue the Administration’s positions on matters of law and the enforcement of justice (in an ethical and professional manner, of course). It was particularly infuriating how Garland and the Justice Department were completely on the sidelines last year while Republican-led states were rolling out new voter suppression laws. “Judicial temperament” sounds good in theory but it can become an excuse for inaction.

What’s the only thing worse than not prosecuting Trump?

Prosecuting Trump and getting a verdict of not guilty.

I actually believe if Trump WAS convicted of something and sent to prison, he could win the 2024 election from prison. Republicans worship him.

Garland would have been fine as a Supreme Court justice. The problem is that the role of a judge and the role of the Attorney General are very different.

Just because he’s not good at being AG doesn’t mean he’ll be a good SC Justice. I think he’s the type of guy who would never excel at anything.

Someone who is nominated by a serious president for SCOTUS has greatly excelled. I’m leaving aside whatever her name was that was nominated by GWB.

He was pretty highly regarded during his 14 years on the DC Court of Appeals, including seven as chief judge. The DC Circuit Court is widely considered the second most important federal court after the SC, as many challenges to administrative actions go through that court. Four of the current SC judges were previously DC Circuit Court judges. You don’t get to be in that position by just being a schlub.

I’m no fan of Garland as AG, but it’s ridiculous to say that, “he’s the type of guy who would never excel at anything.”

Remind me how many Jan 6 insurrectionists have been charged or convicted.

Remind me how many Jan 6 insurrectionists have been charged or convicted. -

Hard to keep a bead on it because there’s a lot going on that most people don’t keep track of. To date, approximately 882 insurrectionists have been arrested and charged. About 240 have been adjudicated to a conclusion. This link is the most current I could find but is already out of date. 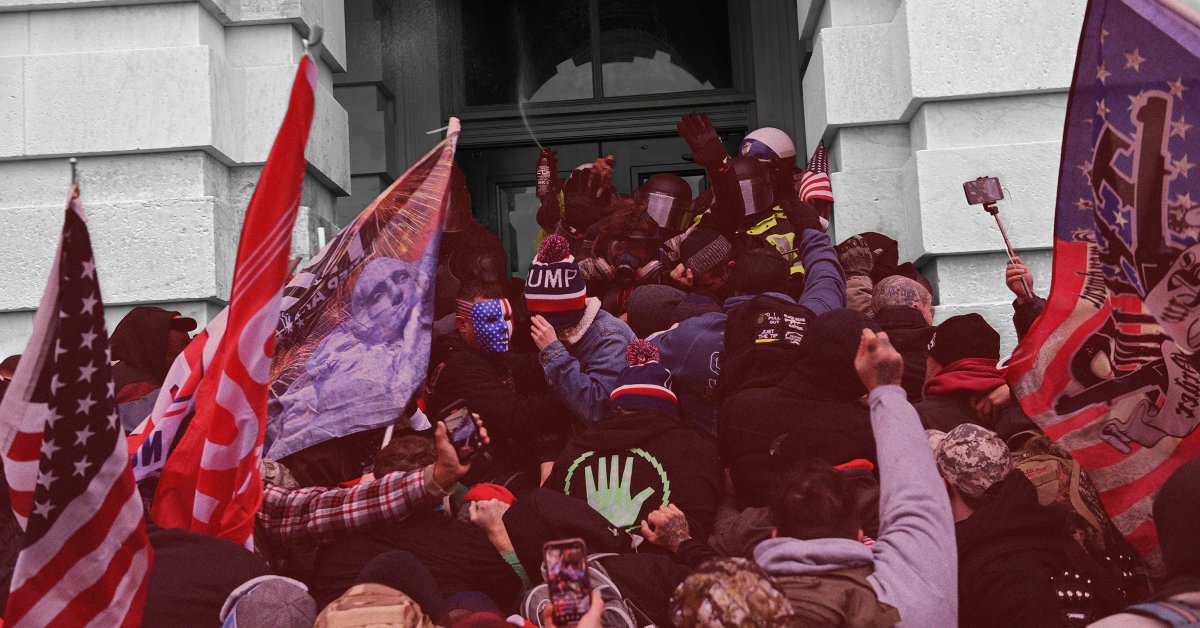 It’s fashionable to slam Merrick Garland just now, but there are lots of hints he’s not nearly so incompetent or stupid as some would have us believe.

This enhancement would not have happened without Garland’s permission, either:

DOJ seeks longer sentence for Capitol rioter they labeled as a domestic...

It demonstrates the DOJ is not afraid to Go There, asserting domestic terrorism as an enhancement in moving these cases along.

From the article as quoted from the DOJ’s pleading:

“It is clear from Reffitt’s conduct, including his express and implied intent, that Reffitt sought not just to stop Congress, but also to physically attack, remove, and replace the legislators who were serving in Congress,” they wrote. “This is a quintessential example of an intent to both influence and retaliate against government conduct through intimidation or coercion.”

The enhancement would permit the trial court to impose a sentence of up to 15 years instead of the 9-11 years’ maximum permitted under the current sentencing scheme.

If that’s what you meant to discuss, then yes, you did.

And barring more details, I still don’t see how “don’t go accusing a former president of the United States of crimes without me signing off on it” says “he won’t be going after anyone.”

This will have a chilling effect on all who work at the Department of Justice. They know that any information they come across that might tend to suggest Trump et al violated US law, is potentially toxic to their careers. Unless they can get an audience with Merrick Garland and get his written consent, they must simply brush that information back under the rug.

Garland has invoked William Barr as his authority for this policy. As many have noted, DOJ has long had a policy of non-interference with elections (ignored as it was by Comey). There was no need for Garland to enshrine the ultimate partisan political hack AG as his guide and exemplar.

Yet he did. That, too, sends a message to all DOJ personnel.

Concern over this memo is not limited to ignorant people or to emotionally-immature (‘impatient’) people:

@
Hard to disagree with @briantylercohen here. Let's pray DOJ doesn't put optics above reality.
@
At some point, if the DOJ fails to prosecute Trump, it won't just be Trump's fault when he commits more crimes. When the Justice Department starts deferring to the optics of neutrality over actual JUSTICE, it'll be no surprise when criminals only get more emboldened.

(Looks as though Discourse isn’t doing its usual thing of showing the authors of these tweets; they are Laurence Tribe and Brian Tyler Cohen. Many other reputable lawyers and other well-informed people have expressed similar misgivings over Garland’s direction.)

The enhancement would permit the trial court to impose a sentence of up to 15 years instead of the 9-11 years’ maximum permitted under the current sentencing scheme.

Of course it’s good news that DOJ has been going after the foot soldiers (and some of their commanders) of the January 6 insurrection.

We don’t know for certain that Garland plans to refrain from any charges against Trump and his fellow coup-planners. But there are worrying signs that this may be his intention, including expressions of surprise at the testimony of Cassidy Hutchinson and Pat Cipollone. (A DOJ investigating Trump would surely have long since have done extensive interviews with those individuals, and many others–others who have been silent about being called by the DOJ --implying that they have not been called. The DOJ may not talk about those they call in, but Trumpites so summoned are unlikely to have been uniformly silent about having been called.)