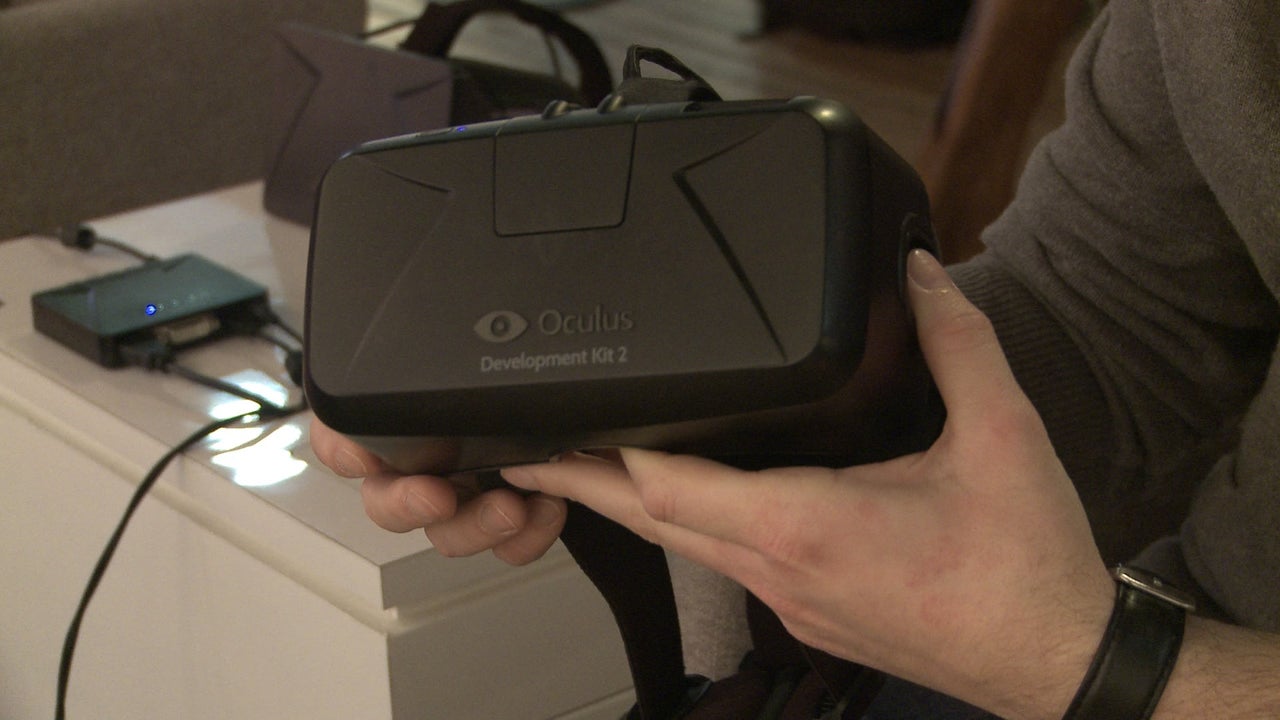 How bizarre is this? Would anyone have predicted this acquisition? Wonder what they plan on doing with it?

I figured that Microsoft would pick them up as insurance against Morpheus (the PlayStation VR headset) taking off.

The Facebook acquisition is just nuts. It doesn’t tie in with any of their core services. Facebook doesn’t do anything that’s graphics intensive or real-time. I can’t see any way that they can deploy it to their advantage in the near future.

The only thing I can think of is that Facebook has some sort of big Second Life-style virtual community that they’ve been secretly working on and they want to use Oculus as a part of that. If they don’t, this was a really stupid move.

Notch just tweeted that he’s cancelling Minecraft for the OR.

It’s weird. I don’t get it. I have a Gen 1 Rift and I hate Facebook (I have never, nor will I ever, have an account with them), but nevertheless I find the drama queens at Reddit and the like hilarious.

What do they think Facebook is going to force Oculus to do? Cancel all games besides FarmVille VR? Install a hardware advertising overlay on all headsets? Beam your brain waves to the NSA?

The way I see it, Facebook is just flailing around, trying to grow while their user base slowly dwindles. VR makes no more and no less sense than WhatsApp. They’ll probably come out with some ridiculous 3D chat client eventually. Maybe people use it and maybe they don’t, but in the meantime there’s no reason to believe they will exert much influence on the hardware, except perhaps to make it more usable on mobile devices. You don’t need custom hardware to sell ads, you just need software.

So while I’m not super-happy about the buyout, I just don’t see it as really impacting Oculus in any highly negative way, and it may be a net win in some ways. Plus it makes Palmer super-rich, and if Facebook ends up sucking, he can walk away in a couple years when the contract runs out and start over.

Game videos recorded from the headset and posted directly to your page?

Perhaps they just jumped first and will wait until MS comes to them with an offer when Morpheus takes off?

We were on the edge of a legitimate new technology in gaming, something that could be potentially be legitimately revolutionary. And … what the fuck?

I mean, is there any chance facebook will just let it continue on the path it was on and let it rake in profits? But then… why use facebook to buy it instead of just some investment company? Are we going to go from potentially putting an incredible new perspective on PC games to having 360 degree ads in Super Farmville?

This has to be one of the most disappointing things to happen to gaming in a while.

We were on the edge of a legitimate new technology in gaming, something that could be potentially be legitimately revolutionary. And … what the fuck?

…and now Oculus has the resources and clout to order display panels to their specifications, rather than rely on the leftover dregs from the mobile phone industry. Same goes for lens assemblies, driver ICs, and so on.

VR isn’t ready for the mainstream yet and Facebook obviously knows it. They didn’t pay $2B to send ads to the 60k people with dev kits.

In 5 years you might have something to worry about. In the meantime, there’s no moneymaking opportunity that could possibly interest Facebook. Hence, it’s ridiculous to worry about one.

So soon we’ll be getting VR videos of what everyone is eating and VR ride-alongs on everyone’s daily run/crossfit workout.

I'm excited to announce that we've agreed to acquire Oculus VR, the leader in virtual reality technology. Our mission is to make the world more open and connected. For the past few years, this has...

It seems Mark has some ideas! Big ideas!

When you’ve got billions of dollars just burning a hole in your pocket, of course you just go around buying the coolest shit you can find. It’s natural!

That said, maybe they just want to be some gigantic holding company or something.

In 5 years you might have something to worry about. In the meantime, there’s no moneymaking opportunity that could possibly interest Facebook. Hence, it’s ridiculous to worry about one.

Which is exactly what makes their decision baffling. They must be planning on doing something with it that will make them more money, as otherwise there’s no reason to buy it. Yet no one can figure out what that could be.

WhatsApp does make sense, since there’s a lot they can do with that type of mobile penetration. They can create a better Facebook text-notification experience. They can integrate texting directly into Facebook. Heck they could just use it to further their “marketing mobile apps” branch.

But what can they do with Occulus Rift technology? Advertizing is pretty much the only arm Facebook has that is even remotely connected. The only thing I can come up with is that they want to use it as leverage to accomplish some sort of Facebook integration with the Xbox One, since Microsoft may need a VR headset if Sony’s takes off.

But even that’s a huge stretch.

It seems Mark has some ideas! Big ideas!

Sounds like he’s continuing with game stuff first and foremost: “Immersive gaming will be the first, and Oculus already has big plans here that won’t be changing and we hope to accelerate”, and then moving on to things like “enjoying a court side seat at a game, studying in a classroom of students and teachers all over the world or consulting with a doctor face-to-face”.

Sounds like a decent path to me, although I was and remain somewhat skeptical, this might be a good thing.

Which is exactly what makes their decision baffling. They must be planning on doing something with it that will make them more money, as otherwise there’s no reason to buy it. Yet no one can figure out what that could be.

The only explanation that makes sense is the one that they’ve given publicly: that Facebook’s involvement is to give Oculus the resources they need to really build out the technology, and that there won’t be any short term changes. In the long term they have some things in mind which might be cool and might be concerning, but those are a long ways off.

Zuckerberg may be a douche, but he’s also a geek, and I have no doubt that he thinks VR is just cool.

A large part of what makes Kickstarter popular is the opportunity to support “the cause”. It’s not just a way to pre-order products, it’s a way to help make something you believe in a reality.

Maybe Facebook is going to turn into the OASIS.

A large part of what makes Kickstarter popular is the opportunity to support “the cause”. It’s not just a way to pre-order products, it’s a way to help make something you believe in a reality.

Even the most optimistic interpretation of what Kickstarter does is to fund development of a product, and then receive that product (of course, in reality, Kickstarter promises nothing at all). The product is “the cause”. Never have I seen the claim that the funding somehow applies to things that happen after the product is delivered.

And even at that, the claim is ridiculous: no one can deny that Oculus was instrumental in re-popularizing VR after decades of stagnancy. That will remain true even if Palmer torches Oculus HQ personally. Valve, Sony, and others have seen the community excitement and are moving forward with their own projects. The only way VR will fail at this point is if it turns out that it sucks.

I’ve no idea what the fanboys think Oculus owes them at this point. They got their product and their dream. Should they turn down every corporate offer and ultimately let some better funded effort steamroll them?

I always wonder what Facebook has going for it anyway. AOL was everything for everybody and now they’re gone. FB is crap compared to what AOL was.

Unjustified, perhaps, but also extremely predictable. You have to know that the internet is going to turn on you like a pack of rabid dogs, and you’re going to cause indy developers to lose interest with this move.

Which is a problem since the main things the Oculus had going for it was community support and indy developers. Going up against the likes of Sony was going to be difficult enough with those advantages.