That analysis is so detailed and insightful that I don’t trust its conclusions. The Disney+ MCU shows we’ve seen so far have a disturbing habit of hinting in the direction of a strong cohesive arc, only to dissolve into a bunch of irrelevant fanservice Easter eggs and intentional red herrings.

I hope the TFATWS story tracks the analysis of the story of the painting, but I still feel like it’s probably all pareidola and wishful thinking.

A wonderful read in any case. And I highly doubt the painting was chosen unaware of its history and the events it highlights.

I’m pretty sure the actual dialogue says, “Medal of Honor” at several points?

Or, do you mean the props they use to represent Medals of Honor are actually Medals of Valor?

I’m very disappointed in the Hoskins character. His entire identity is “lower ranking friend of John Walker.” […] When we saw his parents, we find out that he wasn’t proud of his own service or even their joint work. No, apparently, he talked about John to them and how great John was.

I’m not sure we have to read the condolence visit quite that hard. ISTM that Lemar’s parents, especially his mom, are loving and sympathetic people (apple didn’t fall far) and are expressing their appreciation for THE national superhero coming to pay his respects by telling him how highly their son thought of him. Doesn’t mean that either they or Lemar didn’t have a sufficient appreciation of Lemar’s own achievements too.

Anyway, the younger woman in that scene (Lemar’s sister? wife? girlfriend?) doesn’t seem quite so ready to take Walker at face value.

Pretty much just saying that “Black people are not a monolith. They’re human beings with their own opinions.”

On a different note…Im amused by the warehouse fight cause it reminds me of something ive mentioned before…90% of super-heroes couldnt stand up to a well trained human sniper.

It’s way more fun than wandavision and overall I’m enjoying it more but it is a let down from what I hoped it would be.

Absolutely, not everything can be Thor: Ragnarok and that is fine.

It’s okay. I preferred WandaVision, and am looking forward to Loki. I think in the long list of MCU TV coming this year and next, this one won’t be near the top for me.

I have. As I expected in the beginning, it has “Lethal Weapon” vibes (a series that I remember liking at the time, but has not aged well). It is serious, but it isn’t dark (and really isn’t dark-for-the-sake-of-dark). It’s also at the right level for the characters as they were in the movies (and as they’ve been drawn out in the show).
WandaVision was much more my type of thing. I expect Loki to be, too. (I also expect that to be a lot sillier and flashier - given Loki) Still, this has been fun.

Yes I’m having fun with it. But then I can also say the same for Winter Soldier and Civil War, of which this show is clearly the next chapter. TV Shows/movies can be thought-provoking and dark and violent while still being fun. YMMV

I’m still enjoying the series, although occasionally get taken out of the story when they go overboard to present a DRAMATIC POSE. Here’s Captain America just standing there with a bloody shield! Here’s Cap, Sam and Bucky lying on the floor equally spaced around the shield! Here’s Sam crying about the shield with supine Cap in the background (I mean, he could get up at any moment and maybe it might be sensible to have the emotional moment somewhere else, but whatever)! I’m all for the occasional Moment of Visual Awesomeness but let’s not overdo it, guys.

Did anyone else, watching him throw the shield at the pier, envision it missing or going off at a wrong angle and him saying “Crap - I’m gonna have to swim for that.”?

Just in case anyone missed it, this episode had a post-credit scene.

John Walker forging his own version of the shield

Again, did anyone else wonder why he painted before he welded?

did anyone else wonder why he painted before he welded?

Because although he’s an awesome fighter, he’s a terrible DIYer?

I doubt the writers put this much thought into this (rather, simply going for “a look”), I will fanwank that it portrays his disordered thought processes. He’s not thinking things through. He doesn’t seem to plan well.

The writers spent so much time researching boat repair that they didn’t have time to crack a book on welding. 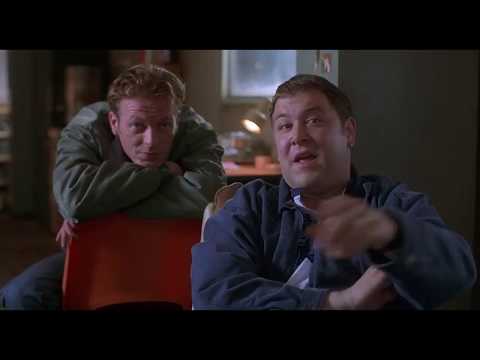 When John Walker is first introduced, the news announcer definitely says he was awarded three Medals of Honor. I don’t recall any dialogue about a Medal of Valor, but it’s entirely possible that term was used and I just missed it. But in the U.S. military there is no Medal of Valor. There are medals awarded for valor. It’s possible a character referenced to his multiple medals for valor. And of course it’s possible the character or the actor or the script mistakenly said Medal of Valor when they should have said Medal of Honor or medal for valor.

Did anyone else, watching him throw the shield at the pier, envision it missing or going off at a wrong angle and him saying “Crap - I’m gonna have to swim for that.”?

What I found interesting is that we finally have pretty definitive canon evidence that the shield bounce is a property of the shield itself, not a result of Cap’s superhuman strength and coordination. Which makes more sense to me personally (I mean, the physics of it don’t make real-world sense, but assuming the magic physics you need to get anything in the MCU to work, it does). That also explains how Walker was able to pull off all those shield stunts before he took the serum.

I think there’s also an implication that the shield somehow generates its own momentum and hits with more force than it’s thrown with - there’s no way a normal human could throw an object like that hard enough to do any of the stunts we see Sam doing during the training montage - which helps to explain how Walker or Sam could use it to go toe-to-toe with superhumans. Which, vibranium, which is effectively magic, so I’ll buy it. I’m just hoping they leave it at “look, the shield does cool things” and don’t try to techo-babble an explanation…