I don’t love or hate Westerns all that much, but I really do like the following three titles:

While each is a comedy, and the first two are parodies, just how would you classify (and sub-classify) each of these gems? What other films would you recommend to someone who liked these ones?

Lust in the Dust?

They’re different kinds of off center Westerns than the ones you’ve listed, and the both star Jimmy Stewart, but you might want to try:

Destry Rides Again, which, in a way, I think Blazing Saddles was a parody of

The Man Who Shot Liberty Valance

Mio nome è Nessuno, Il (My Name is Nobody)

The first two star Terrence Hill and Bud Spencer as (not very good at being)outlaw brothers Trinity and Bambino who end up doing more good than bad.

Nobody stars Terrence Hill with Henry Fonda. Hill plays “Nobody” a young gunfighter who worships and stalks Jack Beauregard (Fonda) who only wants to retire.

A bit closer to center but not quite there: Silverado.

Dead Man, The Ballad of Cable Hogue, Support Your Local Sheriff, Buchanan Rides Alone, and Cat Ballou seem to be right up your alley.

From Noon 'Til Three with Charles Bronson and Jill Ireland. Definitely an oddball film, especially the ending.

If you don’t mind TV: The Adventures of Brisco County, Jr..

The Quick and the Dead with Sharon Stone, Gene Hackman, Russel Crowe, and Leonardo Dicaprio. Kind of a tongue-in-cheek tribute to the western duel/showdown.

Have never seen it, but I’ve heard El Topo is a real oddball.

If you want definitely out of the mold, how about Westworld with Richard Benjimin, James Brolin and Yul Brenner.

It’s been a long time since I’ve seen it, but I do remember enjoying Along Came Jones with Gary Cooper.

From Noon 'Til Three with Charles Bronson and Jill Ireland. Definitely an oddball film, especially the ending.

Wonderful movie–one of my favorites.

And Lonely are the brave, one of the saddest movies ever, and McClintock!, probably the most underrated Wayne movies.

Destry Rides Again is the grandaddy of them all. James Stewart and Marlene Dietrich at their best.

“Cat Ballou” was a tremendous film and a well-deserved Oscar went to Lee Marvin. “Brisco County Jr” - what a whacky off-the-wall TV show that was with classic lines such as “Hey, thanks for the donut, Duncan”.

Possibly the weirdest Western ever was Zachariah. 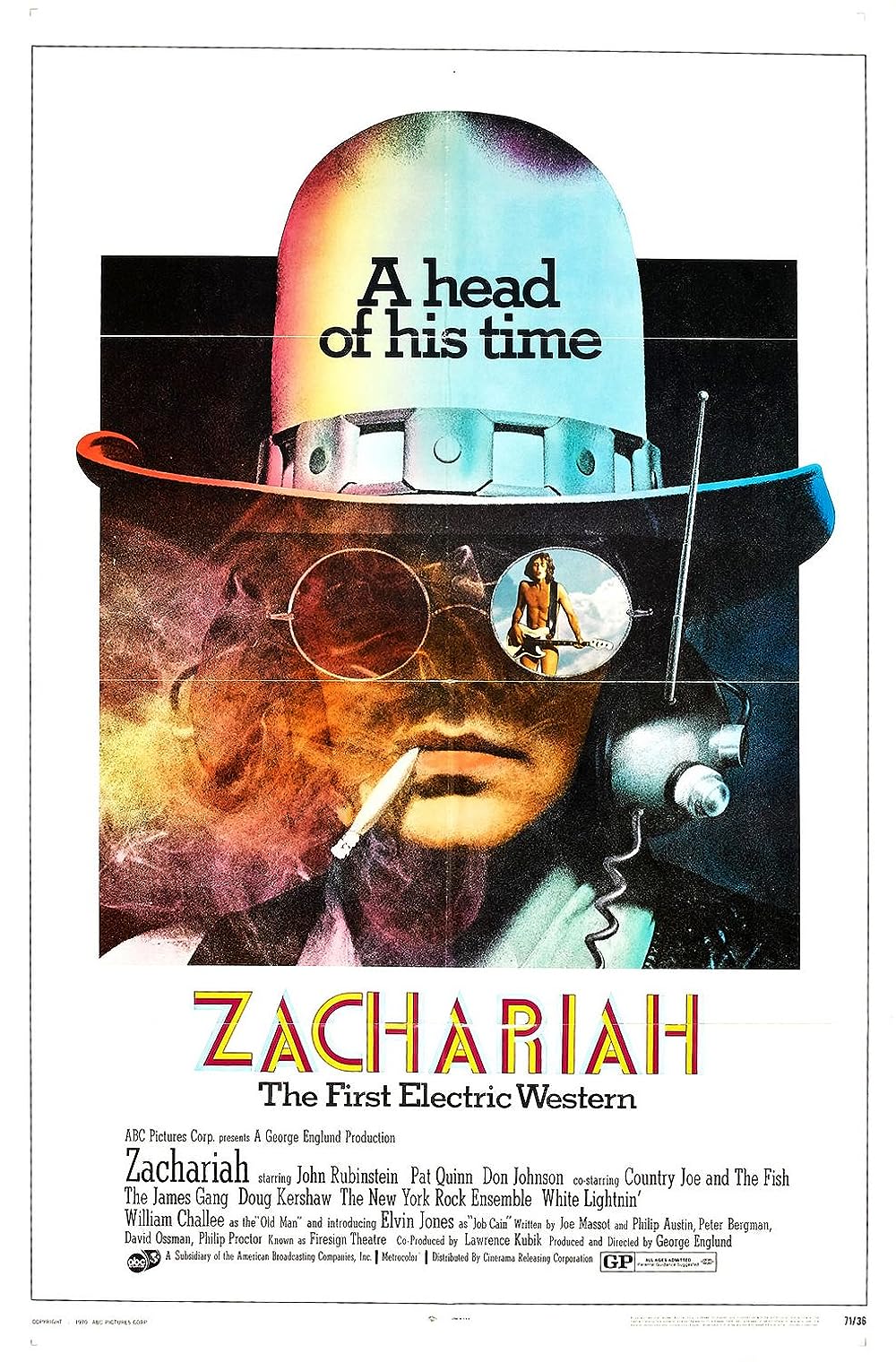 Zachariah: Directed by George Englund. With John Rubinstein, Patricia Quinn, Don Johnson, Country Joe and the Fish. Two gunfighters separate and experience surreal visions on their journey through the west.

I never saw it but I remember seeing the trailer for it. It takes place in the Old West and yet Country Joe and the Fish appear in it with electric guitars and amplifiers !!

Well I’m glad they brought back the smack the head icon.

it’s alright, Wolf_meister. At least you didn’t open a thread with a list of three things labelled 2 3 and 4.