Although Mrs. McEvoy discovered this counterexample with laborious hand caluclations, the result is quickly confirmed with Google’s built-in calculator:

Mrs. McEvoy has been offered honorary PhD’s but insists she doesn’t deserve them, and admits she got only a C+ in High School Algebra. Her FLT project was a labor of love to pass the time after her husband started indulging in all-night poker sessions away from home. (There seems to be some confusion about the least significant digits in the sum, but acclaimed Internet math guru Archimedes Plutonium demonstrates that any error is well within the bounds set by Heisenberg’s Uncertainty Principle.)

Especially remarkable is that the violation occurs with an exponent as small as 7. In the 1980’s there was some worry that FLT might be false, but only for exponents exceeding a Skewes’ Number. Small exponents like 7 had been disposed of even before Kummer’s famous work. Investigation reveals however, that the n=7 case was attributed to Henri Lebesgue.

The case of n = 7 was finally proved by Gabrial Lame in 1839. Although some errors were present in this proof, they were fixed by Henri Lebesgue in 1840.

This bizarre and ineplicable fraud was finally exposed when someone Googled Lebesgue to discover he wasn’t born until 1875. :smack:

Andrew Wiles has apologized for all the fuss. He thinks his proof might be salvageable for all exponents except 7, but is too despondent to start over. He plans to enter a monastery after appearing as guest on SNL and a few cable TV talk shows.

I wonder, is there any calculator that could show all 40 digits in 441849[sup]7[/sup]? The windows calculator only displays the first 32.

I think there was a typo–the first number should probably be 4.1^14, shouldn’t it?

You don’t even need to do the whole math - you can prove the association false using the Lirpa method.

I think there was a typo–the first number should probably be 4.1^14, shouldn’t it?

Maybe. Either way, I should have mentioned the connection to the great mathematician Siméon Denis Poisson, who died in April 1840, the same year as Henri Lebesgue’s alleged prenatal proof.

Ecellent job. In a not entirely unrelated vein, there are some problems that can only be solved with Le Mat’s Last Argument. 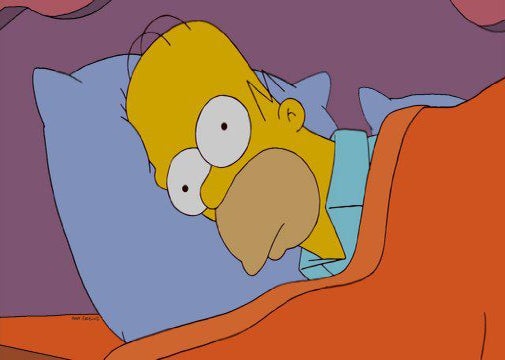 In The Simpsons and Their Mathematical Secrets, which comes out today, Simon Singh shows how a series of brilliant Simpsons writers have made the...

You really had me going there for a minute. Good job.

Is everyone here cognizant of today’s date? :dubious:

Is everyone here cognizant of today’s date? :dubious:

The Simpsons already did it!

I wonder, is there any calculator that could show all 40 digits in 441849[sup]7[/sup]? The windows calculator only displays the first 32.

Just look for a BigInt or arbitrary precision arithmetic calculator. Here’s the one I found on Google that looks the most like a real calculator:
Web 2.0 Calculator.