Obligatory Not the 9 O’Clock News clip.

Stanley Yelnats in the book Holes by Louis Sachar. Not obese in the movie version.

Well, there is the really really bad BMI. It is then correct to say that someone is over the weights suggested on that scale. I think BMI is unscientific, but it is widely used.

I am a kinda fat guy, overweight is correct and I do not mind being called it.

The Amazing Bubbles from the Wild Cards series was mentioned, but there was a large individual in the first few books of the series. Hiram Worchester, IIRC, looked to be well on his way to 300 pounds. His wild card power was to increase or decrease the weight of an object, and habitually kept himself at a weight much smaller than his frame would suggest. In the series’ vernacular, he was an ace. He even started his ‘career’ wearing a costume and calling himself Fatman, but quickly gave that up and opened a restaurant.

Modnote: This is a threadshit, please do not repeat or continue.

These series featured many top English actors and are well worth watching, but Guiness was truly remarkable. He studied for the role by meeting with the author John Le Carre (who had been a spy himself) as well as the former Head of MI6 (Maurice Oldfield) and used their mannerisms in his portrayal of Smiley.

Belle Rosen in the Poseidon Adventure.

Not in the movie " Master and Commander: The Far Side of the World", but in the books Captain Jack Aubrey was described as overweight, and I seem to remember the book saying that sea captains tended to be overweight in general. I think it might have been a status thing-- showing you were prosperous enough to afford to eat and drink too much.

Also, if you’ve read all of O’Brian’s Aubrey/Maturin books, in which he sometimes describes in loving details the dinners served in the gunroom or the captain’s quarters, there’s no way anyone eating that stuff isn’t going to be overweight and die young of a heart attack.

There’s actually a cookbook out there with recipes for the disgusting stuff they ate and loved:

Lobscouse and Spotted Dog: Which It’s a Gastronomic Companion to the Aubrey/Maturin Novels

He’s an interesting case since his powers are both amazing and tragic. He’s essentially “frozen” at being an overweight teenager-forever. He can’t be hurt at all, mind-controlled, never gets tired and doesn’t break a sweat. Unfortunatly, he can never lose the weight, become more athletic or get in better shape.

Father Brown from the father Brown mysteries is quite tubby, and enjoys his food.

Also, if you’ve read all of O’Brian’s Aubrey/Maturin books, in which he sometimes describes in loving details the dinners served in the gunroom or the captain’s quarters, there’s no way anyone eating that stuff isn’t going to be overweight and die young of a heart attack.

Well, the seamen ate like 4000 calories a day and stayed fit and healthy. Of course they were very active. Most of the officers even were not known to be overweight or unhealthy.

The sea air and being away for infectious diseases made their life surprisingly healthy.

He’s certainly not heroic, but Sir John Falstaff is the protagonist, and thus I suppose technically the “hero”, of The Merry Wives of Windsor.

Kind of obscure, but there’s a superhero called Zephyr.

Faith Herbert aka Zephyr is a fictional superhero, who has appeared in various series published by Valiant Comics. Created by writer Jim Shooter and David Lapham, she is a member of the Harbinger Renegades who appear primarily in Valiant's Harbinger series, as well as a major influence in the larger Valiant Universe. She first appeared in Harbinger #1 (January 1992) After losing her parents in a car crash at a young age, Faith Herbert was raised by her loving grandmother. The young Faith found s...

Nite Owl from The Watchmen (original comic series) had a dad bod.

Haviland Tuf, protagonist of George R.R. Martin’s outstanding sf novel Tuf Voyaging, is very large, very pale, very smart and has the most cutting sense of sarcasm this side of S’uthlam. Love the guy.

And this guy died heroically over the Death Star: What was Lucas thinking with the Porkins character in Star Wars?

Ninja’d you on Tuf, back in post #20. I did wonder how I sneaked that one in before you!

Buck Godot, hero of the eponymous comics by Phil Foglio, was born on a high gravity world. He’s massive in pretty much every dimension as a result, but is also notably fat. 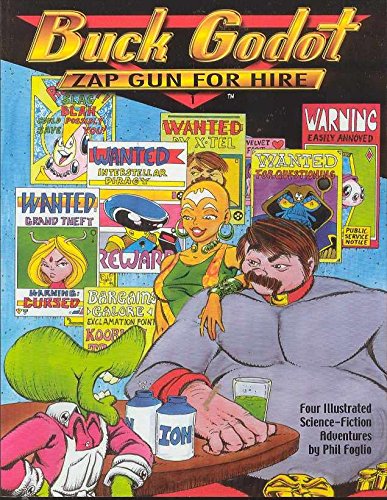