Finding regional beer in the supermarket

I was grocery shopping earlier today at the Publix Supermarket in Spartanburg, S.C.

When I was in the beer aisle, I saw a display for Iron City Beer. I am orginally from Pittsburgh where Iron City is brewed so I am very familar with the beer. I thought it is a regional beer. I have never seen it here in South Carolina.

My question is … how did this beer get here? Did the distributors just decide to start offering Iron City? Do major chain supermarkets use the local beer distributors? Did someone ask the store to start carrying the beer?

If you go to their website, you’ll find all the states where the Pittsburgh Brewing Company has distributors. South Carolina is one of those states. The South Carolina wholesaler is: 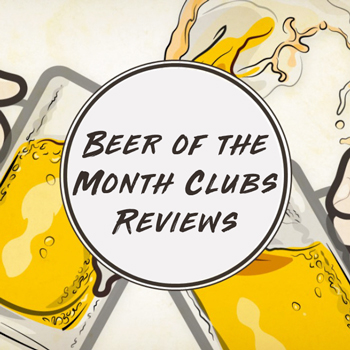 Picking out the best beer of the month club that will ship you a good variety of brews on a monthly basis is tough. There are tons of different mail order beer subscription clubs out there and all of them have their pros and cons. Now is a very...

It depends on what states the regional beer brewer ships to. For example, my fiance is from out west and loves Fat Tire. We asked our local liquor store about it. They were willing to start carrying it, but they don’t ship to Ohio, so the store can’t get it for us.

State governments tax alcohol. Many of them get the distributors to police the system for them. They do this by requiring new brands to be approved and distributed only by licensed distributors. So even if the makers of Fat Tire wanted to distribute it somewhere on the East Coast, in most states they have to go through a local distributor. So even if your local store and Fat Tire both thought it was a good idea, they have to find a licensed middleman. In a lot of cases, its not worth the effort unless Fat Tire is committed to spending a lot of marketing dollars in teh state.