Fires in California 200+ years ago

There’s a lot of press about all the out-of-control forest fires in California as well as many places west of the Rockies.

Were there just as many fires 200 years ago? Are many of the current fires started or exacerbated by humans?

If they just let ‘em burn until the fuel ran out 200 years ago, there would be less vegetation for the next fire.

Were there just as many fires 200 years ago? Are many of the current fires started or exacerbated by humans?

There were far more. California is a fire-adapted region and before modern (20th century, essentially) fire suppression millions of acres burned annually in the state. Most, though not all of these were low-medium intensity as regular burning meant fuel loads were kept manageable.

Unfortunately at this point it is a difficult problem to correct. Just letting things burn was never the solution even back then and it sure isn’t tolerable now. Some fire suppression to preserve life and necessary infrastructure has been and is always going to be necessary. It’s just the scale of suppression in the past was way out of whack and there was no appropriate concept of proper fire management. Fire management is at least theoretically vastly improved now, but it is an utterly gargantuan task to thin and clear overgrown/dying areas at this point and progress is going to be slow.

It is probably going to take decades to get back to a safer, healthier fire regime and in the meantime our tail is going to remain in a crack. And that is assuming the climate change issues can even be addressed effectively, because that is even harder to mitigate.

There’s a hell of a lot of dead trees… 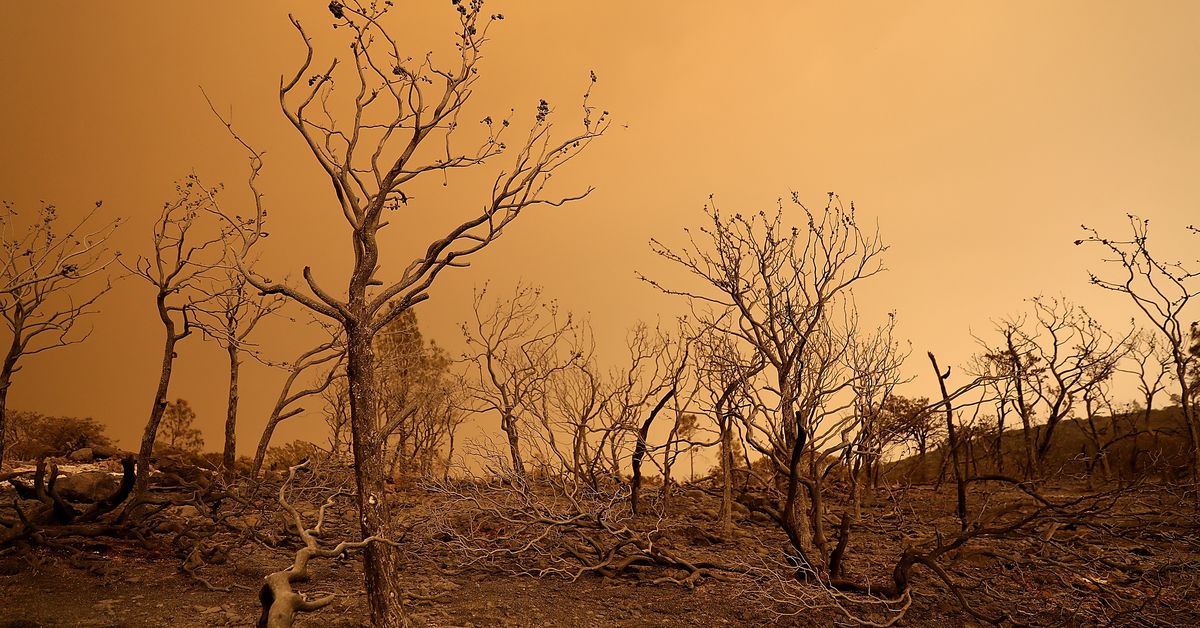 But no one can afford to cut them all down.

California has what is called a chaparral biome. I recall a book I read back in elementary school which had a picture of North America mapped out by various biomes. There were the regular things like deserts, grasslands, tundra, deciduous forest, etc. Then there was this small area in California that I didn’t see anywhere else in North America that was labeled as chaparral. Further reading led me to discover that meant the area is naturally prone to wildfires.

On the other hand, they have gotten much worse in the past several decades. The fires these days are about 500% worse than they were 50 years ago. 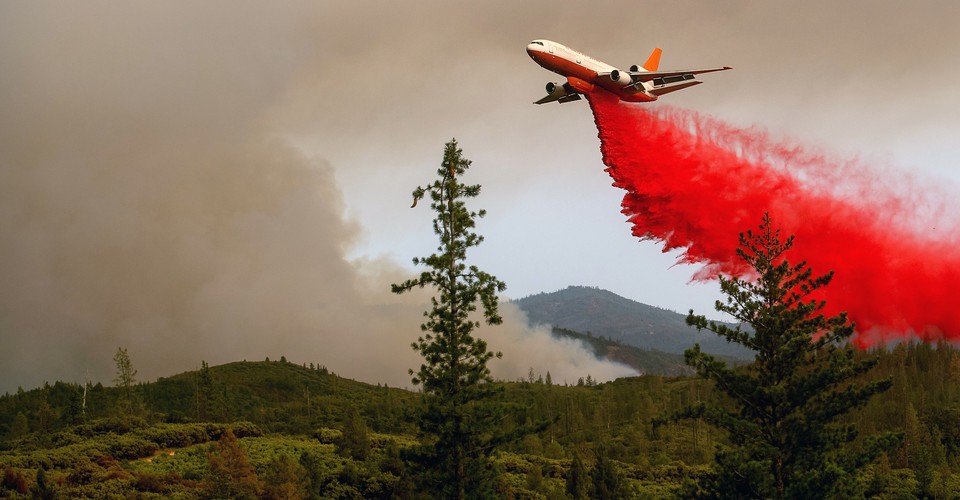 California’s Wildfires Are 500 Percent Larger Due to Climate Change

…the giant sequoia (Sequoiadendron giganteum) is a fire subclimax species of the middle elevation mixed coniferous forests of the central and southern Sierra Nevada… Although giant sequoia seeds may fall throughout the year at a rate approaching 1,000,000 seeds per hectare, their germination and subsequent seedling survival are minimal without the aid of fire. Thus fire, and apparently the hotter the better, is the prime requisite for the reproduction of sufficient seedlings so that the species may survive.

Tamerlane’s post is very good. I will add that in order to maintain a more manageable fire load, Californians will need to tolerate year-round, ongoing, managed fires and the smoke they create. Not a lot of people are on board with that. And as more and more people move into more rural areas (sped-up by the pandemic), there will be less tolerance for managed fires that reduce fuel loads. The stuff is going to burn at some point.

Also bear in mind that some of the areas burning now burned two years ago. Not a lot of built up fuel.

As I understand, in historical times, the fires burned along the ground and cleared brush and saplings, but larger and more mature trees survived. These days there is so much fuel the larger trees are catching fire (crown fire) and they are killed, but don’t necessarily burn to ash - there are a number of skeleton forests still standing, or dead trees piled-up. Next time a fire comes thru there is still more fuel to burn thru.