And takes his girlfriend with him. 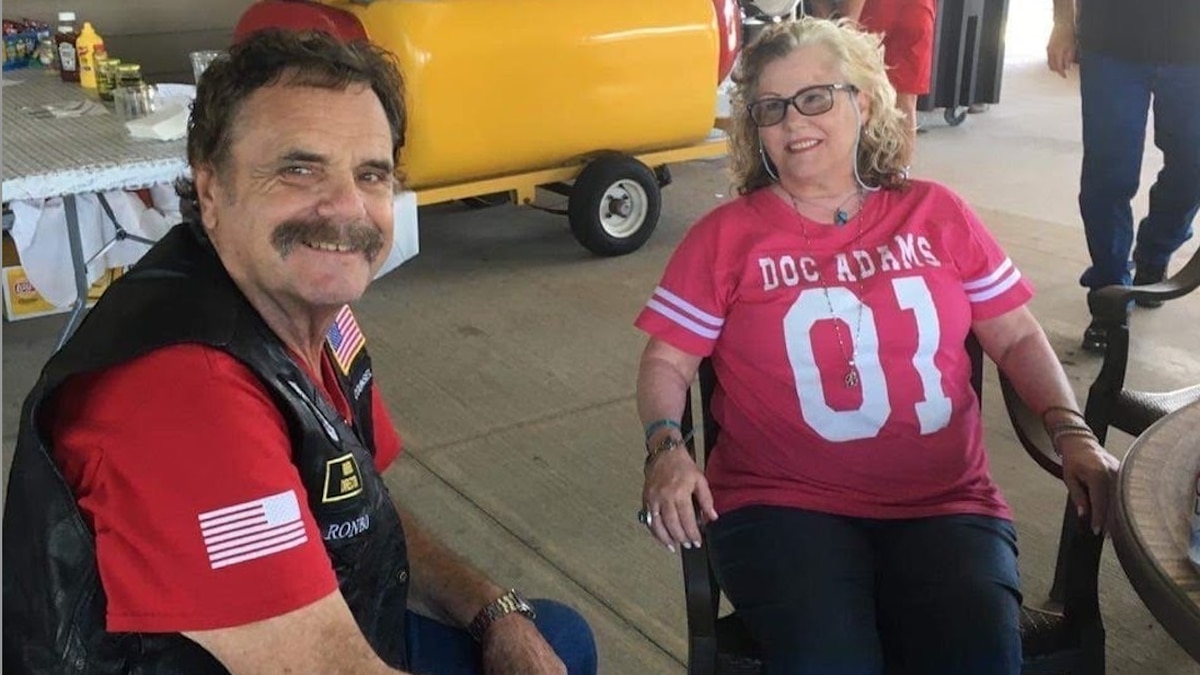 Attorney who fought Florida helmet laws died in motorcycle crash while not...

Ron Smith, 66, and his girlfriend, 62-year-old Brenda Jeanan Volpe, were on their way to a funeral with a group of riders from the American Legion.

Perhaps “the gummint can’t tell me what to do!” is not good enough reason for refusing to follow instructions that can save your life.

(Word to the antivaxxers.)

Yeah, that’s definitely edging into Herman Cain Award territory right there. At least when “muh FREEDUMBZ” meets the pavement it usually doesn’t take a bunch of bystanders along with it like the antivaxx crowd likes to do. I’m working hard to generate a tear for the dumbass right now but failing miserably. Oh no! Anyway…

I’m wondering if we have an opportunity for epic shadenfreude here. They died sans helmets (although the accident details makes me doubt survival would have been likely WITH helmets, but…) and others will likely want to mourn their passing.

Nah. I don’t wish that on even no-helmet-for-me loons. If they die through their own actions, I mourn for their friends and families, as well as anyone who has to live with being involved in their deaths (other drivers). But in general terms, they are putting others at minimal risk by not wearing helmets, unlike the anti-vaxx / anti-mask who are putting others at risk.

I kind of actually respect this. He died in the way that he wanted to die.

It’s a good law for people who need organ donations.

That’s exactly how many in the medical community (and the racing community) label them: organ donors.

Q: What do ER doctors call motorcyclists without helmets?
A: Organ donors

The story linked to in the OP is apparently from today but the fatal accident occurred back in August. I don’t see what happened today to push this story to the forefront. There is nothing new in the article that advances the story.

Maybe they replaced the battery in the Irony-meter and it started to work again just today. Probably an astute reporter put the pieces together.

Probably an astute reporter put the pieces together.

I think you are right.

Q: What do ER doctors call motorcyclists without helmets?
A: Organ donors

I don’t necessarily see a problem with this. A helmet changes the enjoyment of riding a motorcycle. Yes, it’s more dangerous without a helmet, but it’s also more enjoyable. People make the tradeoff between enjoyment and safety all the time. Food, alcohol, smoking, adventure sports, etc. all have tradeoffs between risk and fun. If there’s an afterlife, hopefully he looks back and considers the enjoyment of riding helmet-less an appropriate risk for the enjoyment he got from it.

Figures it was Florida Man.

It’s a personal choice to wear or not to wear a helmet in Michigan. My family riders always strap on a quality helmet.

I feel for this couple, and families,
Horrible accident, rider error, terrible outcome.

Then I hope he (or they) left a fund to cover the cost of scraping up their remains from the pavement, and the extra people required for traffic control etc. Not to mention the cost of warehousing anyone who is only brain-damaged and not killed outright.

What I’m trying to say, in my heavy-handed way, is that the consequences are almost never limited to the person making the “fun vs. safety” decision. Life is not, of course, free from risks even when people try to be safe. But actions usually have consequences beyond the individual who acts.

I don’t necessarily see a problem with this. A helmet changes the enjoyment of riding a motorcycle. Yes, it’s more dangerous without a helmet, but it’s also more enjoyable. People make the tradeoff between enjoyment and safety all the time. Food, alcohol, smoking, adventure sports, etc. all have tradeoffs between risk and fun. If there’s an afterlife, hopefully he looks back and considers the enjoyment of riding helmet-less an appropriate risk for the enjoyment he got from it.

This. Sometimes fun costs you.

I always wear a helmet, seatbelts, body armor, etc. but it’s my choice and it’s a wise one. I don’t need Big Brother ordering me to do those things anymore than I need to be ordered what foods not to eat so I don’t have a heart attack. Freedom also means the freedom to be stupid.

This is why I never write adults cites for not wearing a seat belt. If you want to smash through the windshield or go flying out of the car in an accident more power to you. Besides, if it’s so important why is the fine only ten lousy dollars?

The end of the article linked by the OP is interesting: most of the American Legion riders are now wearing helmets.

"After the crash, the American Legion Post in Holiday implemented a handful of new safety rules, according to its rider director, Eddie Rodriguez.

They will ask riders whether they have taken any motorcycle safety courses, and if not, connect them to a class. Riders will be asked about their experience level and medical histories. They’ll also be required to do a road test before going on rides with the group, and ride in the back of the formation on their first group ride.

The post isn’t requiring helmets, though they are highly encouraged, Rodriguez said. He said the group doesn’t want to alienate those who might not want to wear them.

Even so, that rule might not be needed at this point. Riders who had previously resisted helmets have started wearing them, Rodriguez said. And on his first ride after the deaths, Rodriguez made an observation while looking at all the riders in the group.

“Every single one had a helmet on,” he said."

I was riding a Yamaha 650 that I used to have years ago. Late in the fall and it had rained slightly. On the two lane backroad to my home, I came around a corner and the recent rain had washed a very thin layer of clay onto the blacktop.

I was only doing 25, maybe 30 mph and the bike slipped out from under me, I fell off backwards and slammed my head to the pavement, split the helmet open, saved my head, headache for two days.

A helmet can save you at low speeds that you would’t even think where dangerous.

I guess in his case it was “Live Free AND Die!”