This created the truly bizarre spectacle late in the game of both teams attempting deliberate own goals and defending their opponent’s goals; one to force their own loss by only 1 point, the other to force extra time in an attempt to get a single goal worth 2 points.

It appears that this rule was somewhat specific to this tournament. What is the rationale for a goal in extra time counting as 2 points?

The match was between Barbados and Grenada for the Shell Caribbean Cup in February 1994. The Barbados team had to win the match by at least two goals in order to face Trinidad and Tobago in the finals; anything less and Grenada would advance to the next round instead.

The rules in effect at the time specified that if the score were tied at the end of regulation play, the match would continue into sudden-death extra time and the first team to score during extra time would be considered a two-goal winner.

Barbados were leading 2-0 well into the second half of play, when Grenada finally managed to score a goal in the 83rd minute to make the score 2-1.

Barbados realized with three minutes to play that they were unlikely to score again in the time remaining and deliberately kicked the ball into their own goal to tie the match at 2-2 and force extra time.

The two teams then spent the remaining few minutes with Barbados defending both ends of the field as Grenada tried to put the ball into either goal, but time expired with the score still tied. Four minutes into extra time, Barbados scored and advanced to the finals.

If it helps any, the quoted passage was from Snopes.

A two-goal win would be of greater advantage than 1-0 in a league situation, if two teams were level on points. In this situation, goal difference decides the placing (i.e. total goals scored minus goals conceded). The specific case in the OP was a rather bizarre and unusual implementation, which obviously had unintended consequences. Normally, the actual scores are tallied rather than an artifical scoreline. (And last year, a Milan derby was abandoned due to violence, and was awarded to AC Milan as a 3-0 victory to punish Inter. If they hadn’t also won the first leg of the two-stage match, but had lost it 1-0 or 2-0, this could have been crucial)

If it helps any, the quoted passage was from Snopes.

Thanks; the game described in Scopes is the same one but the wording is not a match. However, Scopes does cite two print sources, one of which had the title, “Absurd Cup Rule Obscures Football’s Final Goal.” So I’m not the only one who thought this was a strange rule. . . .

GorillaMan, I don’t understand your explanation 100%. Why would the rule establish a 2-goal victory but only if the final goal were scored in extra time?

Thanks; the game described in Scopes is the same one but the wording is not a match. However, Scopes does cite two print sources, one of which had the title, “Absurd Cup Rule Obscures Football’s Final Goal.” So I’m not the only one who thought this was a strange rule. . . .

GorillaMan, I don’t understand your explanation 100%. Why would the rule establish a 2-goal victory but only if the final goal were scored in extra time?

I’m 99.9% confident you’ll find this was a rule brought in specifically for that tournament; it’s certainly not a general rule.

But, for determining who goes on to the next round of the tournement, this would be worth 2 points in the standings. It’s not your absolute record that determines your place in the standing, but a slightly more complex system of awarding “standings points” for wins, losses, ties, and the number of goals you win by helps determine those points.

One scenerio would be as follows: Going into the game Barbados was behind Grenada by one point in the standings. If they won the game by one goal in regulation they would get another “standings point” and tie Grenada, but presumably Grenada would stil advance due to tie breaking rules. If they scored a another goal in regulation they would win the game by 2 goals and get two “standings points” and therefore would finish higher than Grenada and advance to the next round. But they didn’t think that was possible, so by tying the game and forcing it to go into OT they now had a better chance to score a goal. By winning in OT they’d receive two “standings points” and advance to the next round.

Is that your question?

This instance was so bizarre I’m not sure you could make sense of it without asking whoever devised the nitwit idea in the first place.

The best I could think of is that somehow they thought a 1-goal overtime win should outweigh a 1-goal regulation time win (for the extra effort required? who knows) and so decided to ‘bump’ overtime wins to a 2-goal difference (technically, an overtime win could be by greater than 2 goals, but that’s rarely the case). I would say this goes against the general feeling, though, that an overtime win is a ‘lesser’ win in that it took you 120 minutes to do what should have been done in 90. Not real sure what that tournament organizer was thinking.

CookingWithGas, although it’s nitpicky and irrelevant to your post, it’s important to note that there’s an important difference between goals and points in soccer. You know what a goal is, but points are how the standings, rankings, tournament spots etc. are determined; generally a win is 3 points, a tie is 1 point. Any one game may have an innumerable number of goals but points are based on the end result of that match, not the other way around.

The 2-0 rule was odd–and you’d better believe it hasn’t been used since, because of that match–but you can still see a variation used, like GorillaMan said: Forfeits and the like are usually counted as 3-0 losses, and the goals scored by and against each team in the season standings etc. are tallied accordingly. Interesting because NCAA basketball (for example) awards 2-0 losses for forfeits–a RIDICULOUSLY low score in a basketball game which is not even close to realistic; but soccer gives a 3-0 win, which is a major blow as most teams that are in the playoff-hunt are not likely to give up three goals in a game, and one forfeit could make the difference in a tight race that ends in a tie.

To reiterate, the 2-0 extra time win rule was specifically for that tournament; I don’t know if anybody can say why they used it. It’s certainly not used anymore, as just about everyone in the soccer world (it seems) has read or heard the story. Like GorillaMan said, games that go into extra time are scored with the actual scoreline–2-1 (for example) if that was the score, or often 1-1 (for example) if the game was still tied through extra time and then won in penalty kicks. That’s how FIFA does it, anyway. It would be conceivable that some leagues count an extra goal for a team that wins by penalty kicks; it’s done in some hockey leagues that use shootout competitions as tiebreakers.

What everyone else said, about the difference between goals and points.

Here’s a reconstruction of what probably happened in the situation from the OP:

Grenada won their first two matches in a four-team group 3-1 and 2-1. They are awarded three points for each win, and so sit at the top of the table with 6 points.

Barbados won one 2-0, and lost one 0-1, giving them three points.
If the final match, between Grenada and Barbados, is won by Grenada, they win the group with 9 points. A draw would earn each team one point, so Grenada still win.

Therefore, for Barbados to win the group, they need to not only win and earn three points, but also do so by a margin of two goals, to rise above Grenada on goal difference.

All this is perfectly normal stuff in any football league, and placings do often come down to such margins (the SPL a couple of years ago was won by a goal difference of 1, after an entire season).

All that happened in the Grenada/Barbados case is the addition of stupid not-thought-through rules about extra-time goals being worth double, perhaps an attempt to make extra time ‘more exciting’, and it screwed up quite spectacularly.

Note that (as the passage you quoted states) this isn’t quite what happened. In fact, Grenada was trying to score in either goal, because either a win or a 1-goal loss would cause them to advance. Barbados needed the tie, so they could try their luck in overtime (where any win would be counted as a 2-goal win, which is what they needed to advance). So Barbados was defending both goals.

Therefore, for Barbados to win the group, they need to not only win and earn three points, but also do so by a margin of two goals, to rise above Grenada on goal difference.

Why would they ever be playing extra time in a group stage? Surely a draw is an acceptable result for such a match?

It’s worth noting that this scenario could happen even in the absence of a ‘goals count double in extra time’ rule. A team that needed to win by two goals, but was leading by only one with a minute to go, might decide that they have a greater chance of scoring two goals in 30 minutes of extra time than they have of scoring one goal in 1 remaining minute of normal time.

That said, I don’t see any rationale behind the rule anyway. It doesn’t increase the chances of one team winning in extra time, since a team that falls behind in extra time to a ‘double goal’ only needs one ‘double goal’ in reply to equalise.

I would love to see some video footage of this Barbados-Grenada game.

just a note from me re. the original cite… I took it directly from Snopes - although I’ve heard it elsewhere - but I removed some of the confusing US language (principally, “overtime” replaced with “extra-time”) and took out a reference to the penalty kicks, which referred to an separate part of the article.

For more “own goal” fun, try this match between Thailand and Indonesia:

As James Syme points out, it also happened in the infamous 1998 Tiger Cup game between Thailand and Indonesia.

“Whoever won would get to face hot favourites Vietnam in the next round, so both teams tried to throw the match,” he says. "At 2-2 and with a few minutes left, the Indonesians dropped all pretence and turned on their own goal, now defended by Thai players.

“In injury time the Indonesian keeper-captain Mursyid Effendi ‘saved’ the ball, turned round and thumped the ball into his own goal for a 3-2 final result.”

Justice was eventually served, however. For not only did Indonesia and Thailand lose their semi-final games (to Singapore and Vietnam, respectively) but both were also fined $40,000 for “violating the spirit of the game.” Meanwhile Mursyid Effendi was banned for life. 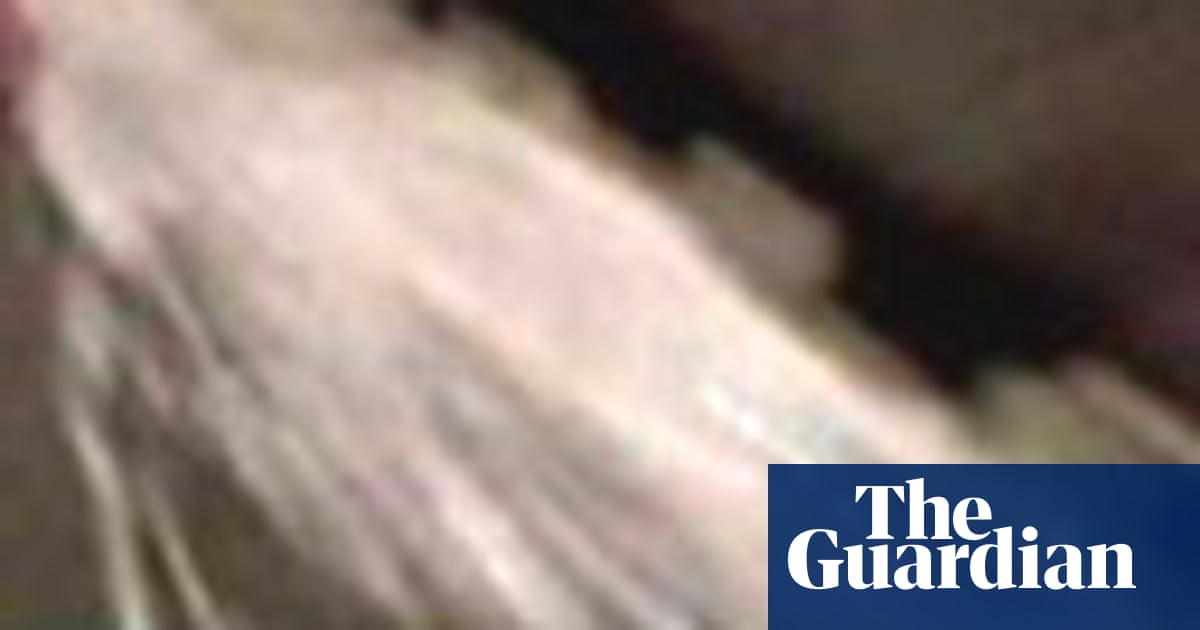 Was Zidane the first on-pitch puker?

The Knowledge: Plus: did Portsmouth tour Brazil in 1951? And why were both teams trying to score in their own net in an Caribbean Cup match in 1994? Email: knowledge@guardian.co.uk

Why would they ever be playing extra time in a group stage?

Again, a peculiarity of the tournament in question.