I read this article here: 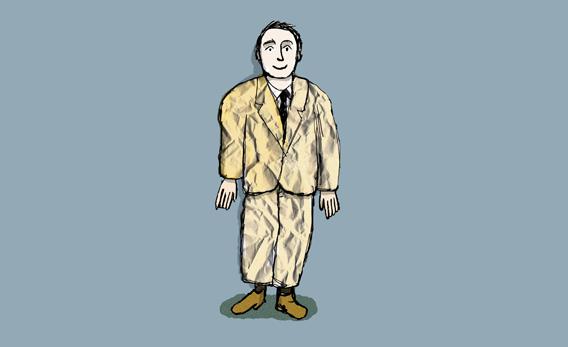 The Tyranny of the Iron: Why We Should All Wear Wrinkled Clothes

I am not a slob. My hair is washed, my nails clipped, my teeth brushed and—very often—flossed. Yet many among you would judge me unclean simply because...

It is an amusing read, but at a certain point it claims that no-iron shirts are made that way by soaking them in formaldehyde, a dangerous chemical.

I have lots of no-iron shirts. My wife happened to read somewhere else that we should avoid such clothing. Should I really worry about this? Do repeated washes wash away formaldehyde?

Not just no-iron clothing. Lots of clothing is treated with formaldehyde for various reasons.

Is it anything to worry about? No. Formaldehyde is pretty volatile stuff, and levels soon drop to pretty much zero once clothing has been washed and aired a few times.

That said, it’s probably advisable to wash and air brand-new clothes before wearing them if you have sensitive skin, or if the clothes are for a small child. (That “new clothes” smell is basically volatile organic compounds, of which formaldehyde is one.) I’ve noticed the skin on my neck getting a bit red and itchy when wearing brand-new shirts, but whether that’s due to any chemical intolerance or just because new shirts are stiffer and more scratchy, I couldn’t say.

So, unlike most chemical scare stories on the internet, it’s not complete hogwash, but neither are your shirts going to give you cancer.

Ok, so, what about formaldehyde resins? Are they dangerous? Searching a bit I found a lot about using those resins to make laminate materials and the like, but not much abut fabrics. Then I found this link here:

Formaldehyde in your fabrics

It reads a bit like a scare mongering page, but it has some cites at the end. I do not know whether the claims they make are true, but would like to know.

The resin itself isn’t the problem. What may be a problem is if the resin used contains residual free formaldehyde left over from the manufacturing process, or if it breaks down gradually and releases formaldehyde.

This quote is disingenuous:

Often it’s suggested that washing the fabric will get rid of the formaldehyde. But think about it: why would a manufacturer put in a wrinkle resistant finish that washes out? If that were the case, your permanent press shirts and sheets would suddenly (after a washing or two) need to be ironed.

The resin is the active coating. That won’t wash off, but the free formaldehyde will, at least to some extent.

This link does suggest that degradation of the resin has been a problem, but that modern versions of the coating have greatly reduced the amount of free formaldehyde produced.

Suppliers of these resins now seem to make a selling point of the low-formaldehyde formulations: example.

In a nutshell, I’d say the tiny amounts of formaldehyde are nothing to worry about unless you have a particular allergy, but it’s well worth washing brand new clothes treated with the resin before wearing them. You probably get more exposure from your carpet, or chipboard furniture. And don’t worry about “accumulated exposure” - formaldehyde doesn’t accumulate in the body.

Workers handling the treated clothing had a much higher exposure to the trace formaldehyde than could ever be possible from just wearing the treated clothes. So if you’re making the no-iron shirts, be sure to wear protective equipment to limit your exposure. Otherwise… eh.

Try to avoid ingesting your clothes and you should be fine.

We use formaldehyde to fix samples in the lab for microscopy. It’s a cross-linking reagent, meaning that it causes covalent bonds to form between adjacent organic molecules, like proteins. Once those bonds are formed, there’s absolutely no need to keep the formaldehyde around, so you wash it out. Which both answers the question posed by Colophon’s quote, and shows just how stupid the question was in the first place.

Try to avoid ingesting your clothes and you should be fine.

The main exposure route is inhalation, not ingestion (formaldehyde is a gas); as little as 0.1 ppm can cause eye and throat irritation and long-term exposure is associated with nasal cancer.