I thought of this after watching the recent video about the AMC Pacer on the “Regular Car Reviews” YouTube channel. I was just a kid at the time, but from what I understand in the 1980s the Pacer was considered an extremely uncool car. Probably the reason they picked it to use in Wayne’s World was because at the time a 16 year old Pacer was the sort of car a loser would drive. But then, precisely because it was prominently featured in Wayne’s World, the Pacer suddenly became cool. Nowadays Pacers are extremely collectable.

Then a generation later Breaking Bad came out, and it featured a Pontiac Aztek as Walter White’s car for the first couple of seasons. I remember when the Aztek came out, I thought it was the ugliest car I’d ever seen. They probably picked it to be his car for similar reasons – to make Walter White look like kind of a looser. But now apparently the Aztek is starting to be considered cool, because it was Walter White’s car.

Are there any other examples of that happening, where a car that had previously been considered extremely uncool gets used in a movie or TV show, and that suddenly makes the car cool?

“You made a time machine out of a Delorean?”

Although it had a distinctive look, the car was known for being poorly built, bad handling and a rust bucket with its unpainted steel exterior.

VW Thing. VW Microbus. Only the rich own them now.

I don’t know if it counts because I think to car people it probably was seen as cool, but the 1967 Chevy Impala became popular after Supernatural premiered. I can’t believe your average 16- 35 year old or whatever the demographic is even knew about it.

I have no basis for suggesting this, but after Arrested Development featured Jason Bateman driving around in one of those aircraft stair vehicles, interest in real people doing this probably rose from around Nil to a Few, an increase of many hundreds per cent.

VW Thing. VW Microbus. Only the rich own them now.

I’m not aware of any TV show or movie featuring the Thing that led to its popularity. VW dune buggies and VW Things were popular during the 1970s but I think that was more of a cultural thing.

The Microbus kinda became a symbol of the hippie generation, but again I’m not sure that TV or movies had much to do with that. The Grateful Dead probably had more to do with its popularity than any particular show or movie.

I think the original VW Beetle is more in line with the OP. It was a cheap little car that, like the Thing and Microbus, was popular in California counter-culture and surfer culture in the 60s and 70s. But its popularity really took off after the Herbie / Love Bug movies.

It was way cool in Europe long before that!

Not only no, it still isn’t cool.

It wasn’t a great car underneath, but it was cool from day one.

I don’t know if it was uncool before, but I think the Mini Cooper had a significant popularity bump after it was featured in the 2003 remake of The Italian Job.

The Microbus kinda became a symbol of the hippie generation, but again I’m not sure that TV or movies had much to do with that. The Grateful Dead probably had more to do with its popularity than any particular show or movie.

I once saw a bumper sticker on a VW Microbus that read:
WHO ARE THE GRATEFUL DEAD AND
WHY DO THEY KEEP FOLLOWING ME?

It was way cool in Europe long before that!

Didn’t the guy in The Mentalist drive a Citroen? Did that make it cool?

Was super cool already. As was the 2CV…

The Gremlin was never held in high regard when released, but it was featured in a few modern movies with a 70s setting. I’m not a car guy but I think it has attained a certain level of kitsch. 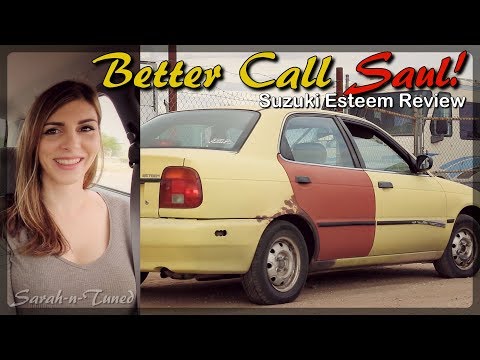 VW Microbus. Only the rich own them now.

My first car, ca. 1997. Sold it in mid-2000 for $300 after the engine blew and I was too lazy to replace it. Before the engine blew it was clean, straight, and everything in it worked – even the heater.

Thats the only vehicle I’ve ever seriously regretted getting rid of.

The TV show Starsky & Hutch caused a small resurgence for the Gran Torino:

…The car was cast against type. In 1974, the Ford Gran Torino, hefty fourth-generation descendant of the original '68 Torino, was built more as a family car than the earlier, high-performance models. Producers of the TV series ‘‘Starsky and Hutch,’’ however, saw acting potential in the four-wheeled behemoth. They gave the two-door hardtop its big break – and a makeover, adding cosmetic toughness, most noticeably in a bright red paint job and slotted mag wheels.

ABC put ‘‘Starsky and Hutch’’ on the air in the fall of 1975, and it was a hit in its first season, thanks in no small part to the cool cop car, nicknamed the Striped Tomato.

‘‘What’s funny is that it was an undercover car but it was bright red with a white stripe,’’ the movie’s director, Todd Phillips, 33, said recently from his office in Los Angeles. ‘‘It stood out more than an actual cop car.’’

The Ford Motor Company capitalized on the TV car’s popularity in 1976 when it produced a limited-edition ‘‘Starsky and Hutch’’ Gran Torino. About 1,000 fans could buy official cosmetic replicas of the show car, fitted with standard 351 Windsor V-8 engines, dual racing mirrors and deluxe bumpers. Throw in factory air and other options, and the toughest car on television started at $5,000 – $2,100 more than a Ford Pinto.

The Torino line was discontinued in ‘77, and the television series was canceled after the 1978-9 season. A quarter-century later, the Torino is a collectors’ car from an uninspired era of American automobile production when new-car lineups were littered with models destined for ridicule and the scrap heap: Pacer, Vega, Volare/Aspen, Gremlin, Chevette.

Jim Cain, a spokesman for Ford, said he thought part of the car’s appeal was that the mid-70’s was a drab period for car enthusiasts. ‘‘It was just a bland, colorless time, and the Torino painted red with a white stripe was pretty cool,’’ Mr. Cain said recently in a telephone interview from his office in Dearborn, Mich.

‘‘The great thing about the Torino,’’ he added, ‘‘is that it was a normal car.’’ As opposed to, say, the car in the later series ‘‘Knight Rider,’’ about a Trans Am that could drive itself and talk.

Ford has no plans to revive the Torino, Mr. Cain said. After a brief pause, he added, ‘‘But you can never say never.’’

Hard to believe now but the 1969 Dodge Charger was sufficiently out of favour during The Dukes of Hazzard TV show production run of 1979-1985 that an estimated 309 cars were used and mainly destroyed in stunts. The show used 1969 models (and modified 1968 models that looked like a 1969) getting through several per episode. They were simply treated as disposable.