From Mayor Pete to President Pete: It's gonna happen

In case y’all didn’t notice, the Buttigiegs recently relocated to the Great Lakes State. And while the family may love cherries and lake life, and while they may enjoy being closer to Chasten’s parents, I suspect their move to Traverse City, MI, is actually a shrewd political move for an ambitious young Democrat who saw himself going no where fast in Indiana.

Also, in case y’all didn’t notice, 47 House Republicans voted to write same-sex marriage into law this week. Not even 20 years ago, the boogieman of gay marriage was being used by Republicans as a motivation to turn out voters to re-elect GWB and even ban it in liberal California. Sen. Rob Portman is a co-sponsor of the bill, and says there’s a possibility of getting 10 Pubs to vote for it in the Senate. Now, I’ll believe it when I see it, but the fact that it passed with some House GOP leadership support, as well as support from a Freedom Caucus member, tells me it’s not entirely dead in the water.

So all that being said, I’m now seeing a real pathway to the Oval emerge for the young Buttigieg. He’s no longer living in a political dead-end of a state, and being a gay man may not be the deal breaker it once was for voters nationally. I love Pete Buttigieg, so this makes me happy.

Now here’s where I lay down some fun speculation about what happens next for Pete. (I drive around a lot for work and pass the time with idle political speculation running through my head. If looking into a political crystal ball doesn’t interest you, feel free to skip the next few paragraphs.)

I’m getting more and more confident that Gretchen Whitmer will win re-election in November (it’s a total clown show the state GOP has put together to challenge her), and I’m seeing the Dems and media talk her up more and more as a rising star in the party.

Her rising national buzz will catapult her onto Biden’s cabinet sometime after the midterms. If she wins re-election, this promotion would move her lieutenant governor (Garlin Gilchrist (D)) up to the governor’s mansion, and open up a vacancy in the lt. governorship. According to state law “the senate, by resolution, with a record roll call vote, shall appoint an acting lieutenant governor of the same political party as the governor who shall serve for the remainder of the term.” (Michigan’s state senate is controlled by Republicans, fyi, so that would be an interesting situation).

I don’t know if the new governor would be able to nominate someone, and the state senate would just approve it or what, but I could see this being an opportunity for Secretary of Transportation Pete to become Lt. Governor Pete. Heck, maybe his is the cabinet resignation that Whitmer fills. This would also give the new Gov. Gilchrist a chance to run for election in 2026 as an incumbent. Incumbents rarely seem to lose governor races in Michigan, however we do seem to flip-flop between Republican and Democratic governors every eight years. This would potentially give Dems a leg-up in 2026 that they otherwise wouldn’t have.

This would also establish Pete as a State of Michigan politico, without having to get his hands too dirty with an actual campaign. Now, Michigan’s senior senator, Debbie Stabenow, will be 74 when she’s up for re-election in 2024. It’s possible, although not a given, she may retire instead of running for another 6-years in Washington. In my theory, she retires, making way for the future.

Serving a couple years in Lansing as Lt. Governor would take some of the carpet-bagging stink off of Pete before embarking upon a run for Senator in 2024. The Senate would be a great place to launch his next presidential campaign.

If none of the above happens as I’ve theorized, I could still see him running for (and winning) governor of Michigan in the next 4-8 years. Next stop after that? Another run for the presidency, all before he’s in his mid-50s.

He’ll elected president no later than 2032.

Don’t know if he will take the Michigan path you suggest, but I agree that he’s an extremely effective communicator, and political communicators as talented as him usually run for president at some point and very often win.

He may try, but I wouldn’t put it past Senator Klobuchar from throwing her hat in the ring to shiv Secretary Buttigieg again

. Besides his technocratic neo-liberalism is a bit out of vogue in the Democratic Party at the moment. He’ll have to reposition himself.

From U.S. Secretary of Transportation to Michigan Lt. Governor? That’s a huge step backward. I understand the need to avoid the carpetbagger label (if he indeed intends to run for office in Michigan), but ISTM he can pursue more ambitious national positions without having to retrench at the state level.

And I hope he does.

Too many moving parts in your scenario. The biggest one is, why would a Republican-controlled state senate vote to put a potential Democratic candidate for (name your preferred elective office) into the Lt. Governor’s slot? It’s more likely they’ll only approve some retired former elected official who will keep the seat warm until the next real election.

As for being a hot commodity in 2028, let’s just say it’s a long way away in politics.

Fair enough. Then he’ll be either Michigan’s governor or senator without a stopover in the lieutenant governor’s office.

Don’t know if he will take the Michigan path you suggest, but I agree that he’s an extremely effective communicator, and political communicators as talented as him usually run for president at some point and very often win.

… his technocratic neo-liberalism is a bit out of vogue in the Democratic Party at the moment. He’ll have to reposition himself.

I agree with this, too. Buttigeig has a lot of fans. But it’s not as though he’s universally embraced by the entire Democratic Party establishment. (I don’t foresee an endorsement from James Clyburn, for example.)

He’ll elected president no later than 2032.

That is fairly reasonable. But NOT 2024.

Whitmer will not replace Gilchrist as a running mate. Why piss off the most loyal Democratic voters?

I don’t see him replacing either Peters or Stabenow as Senator, both are likely to have their seats as long as they want.

The path I see is running for governor in 2026, if he wins run again in 2030 and then run for the White House in 2032. But I caution- Michigan has a tradition of re-electing incumbent governors and then picking the opposing party in the next race. Two terms of Blanchard (D), Three terms of Engler (R, before term limits), two terms of Granholm (D), then two terms of Snyder (R). I believe Whitmer keeps her seat, then Buttigieg will have to defy recent history to succeed her.

It took more than 150 years after slavery for America to elect a Black president.

Electing a gay president will be a tough sell for a lot of people, even in the quite likely event that the Republicans nominate a fascist on their side.

Whitmer will not replace Gilchrist as a running mate. Why piss off the most loyal Democratic voters?

You misunderstood me. I don’t think she’s gonna replace Gilchrist. I think Gilchrest will be governor. I suspect there’ll be some cabinet turnover after the midterms, and Whitmer will be tapped. Having Gilchrist as governor means he can run for election in 2026 as an incumbent, which might help extend the Democrats’ run in the governor’s mansion. If Whitmer is term-limited from running in 2026, recent history, as you mentioned, tells us a Republican governor will likely win…unless Garlin’s the incumbent.

My initial thought (in the OP) was that Gilchrist would tap Pete to be his lieutenant gov, but I’ve reconsidered that. The state senate would never go for it.

Charisma, enormous name recognition and tremendous fund-raising ability. No one’s anointed just because they’ve been around a long time. I guarantee the Michigan Democratic Party is salivating at the news of Buttigieg moving here.

Pete and Chasten didn’t make their Michigan home their primary residence just because Chasten’s parents live here. It’s because Pete can actually have a political future here. He’ll be Senator, or maybe governor at some point. He’s certainly not going to run for Congress from Traverse City; Michigan’s 1st is solidly Republican.

It took more than 150 years after slavery for America to elect a Black president.

I think your math is off.

I think your math is off.

Okay, more than 145 years if we’re counting from the Emancipation Proclamation, but ekedolphin was definitely in the ballpark.

Charisma, enormous name recognition and tremendous fund-raising ability. No one’s anointed just because they’ve been around a long time. I guarantee the Michigan Democratic Party is salivating at the news of Buttigieg moving here.

Maybe. I haven’t seen much evidence that Buttigieg has much appeal outside of a slice of college-educated, white, left-of-center Democrats (which may explain his popularity on this board). He notably cratered with Black voters during his Presidential campaign. And only about a quarter of Michigan voters hold a bachelor’s degree or higher.

I don’t really know much about Michigan politics, but I doubt that state Democrats are going to make him their nominee for Lt Gov/Gov/Senator by acclamation. Politics is a retail endeavor, and if he has ambitions of elected office in Michigan, he’s going to have to do more than buy property there.

Politics is a retail endeavor, and if he has ambitions of elected office in Michigan, he’s going to have to do more than buy property there.

I’ll pass along the advice.

What accomplishments can he point to thus far as Secretary?

You mean “electing an out gay president”, right?

Think he might’ve been referring to Buchanan. Who was maybe gay. According to Andrew Jackson, that is. 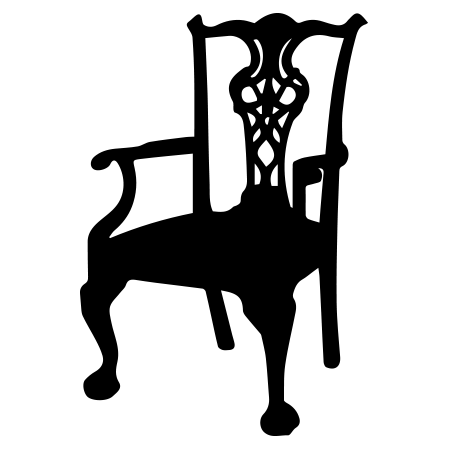 Faithful readers of this column will recall that the current president is black. It’s a great and happy breakthrough, and it liberates the nation t...