German/French/Spanish: how bad do regional accents get.

And Netherlands is a tiny country, but my Dutch colleagues can easily identify the folks who grew up in the North and East by their accents.

I sound approximately like this (as do others where I grew up):
http://web.ku.edu/~idea/europe/england/england4.mp3

Distance from where I grew up to central Birmingham: 18 miles.

I have heard an interview with a linguist who had been involved with a project recording different Swedish dialects. He said that when he was in Närpes in Finland he had to have an interpreter as he didn’t understand one single word and I have no problems believing him after having seen a TV program about two elderly brothers from that area. Technically they spoke Swedish, but I was very grateful for the subtitles.

The Danish often have a hard time understanding each other: 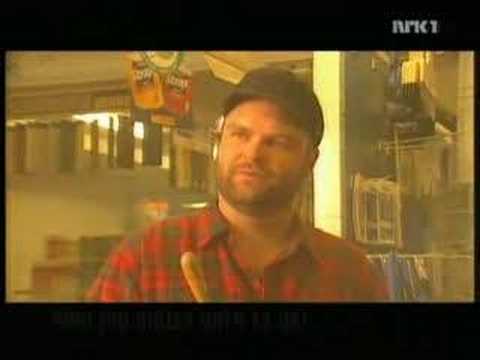 I learned during my linguistics degree that English-speaking Canada from the Ottawa River west is the largest geographical area in the world with the least dialectal variation, probably due to the speed with which it was settled.

Swiss German is really a whole different language - I don’t stand a chance to even understand what anybody speaking Swiss is talking about. However, all Swiss people I’ve met have an internal switch to turn on their “German”, which still sounds like a very heavy dialect, but is comprehensible to most German speakers. For a long time, I thought that was Swiss German, until I heard some Swiss people speaking amongst themselves. :eek:

Absolutely. I lived in Germany for 3 years, and speak German pretty well. I lived in Rheinland-Pfalz, where a dialect often referred to a “Kartoffelndeutsch” was spoken (potato German). Nein was ‘nay’, Zwei (two) was “Zwo”, and a bunch more that I never really picked up. I understood the people in Bavaria and Austria (except near the Swiss border) extremely well…I found the accent light and easy to parse.

The Swiss? Absolutely unintelligible as German. I couldn’t understand the news stations in German, nor any of the locals. Luckily, if I was in a restaurant or something, I’d get a stream of Swiss German, I’d respond in my slightly less than fluent Hochdeutsch (High German), and they would immediately switch to speaking pretty darn close to Hochdeutsch, so that was very nice. Odd, but nice.

**German/French/Spanish: how bad do regional accents get. **

They must get pretty bad. I can’t understand what any of those people are saying.

Alsatian French can be…interesting. ‘Oui’ is frequently mangled into ‘Yo’, either by merit of proximity to Germany, by past allegience to Germany or by the speaking being a speaker of the Alsatian dialect. There is an awful lot of teasing- the Strasbourgois that I have contact with will sometimes mock the Parisian and Quebecois (which we hear on TV5) accents by holding their nose to get an appropriately nasal sound.

‘Donc’ (‘thus’) is frequently used as a sort of punctuation here. I liken it to my husband’s verbal tic of ‘Ken?’ picked up in 90s Perthshire- the words don’t mean what they mean, but they signal the end of a phrase.

I’m a student of many languages, and notorious for being able to guess what someone’s native language is from how they speak/type in English.

In Spanish, I grew up hearing Mexican accents, and can recognize speakers from Puerto Rico and Spain. I know there are differences in the accents from other places, but I don’t know enough about them to tell you what they are. The Spanish-speaking Basque are also… interesting.

I’ve heard French French (in class), Canadian French (from friends) and Cajun French (also in class, albeit this one the anthropology course). Cajun French is actually easier for me to understand than the standard – it uses English-like cadence and the words are easier to spit apart.

My German class was all in Hochdeutsch. I find Bavarians completely incomprehensible, and Swiss and Austrian German-speakers have to switch to standard Hochdeutsch before I have any idea what they’re on about. Something we were watching in class featured a character with a Berliner accent, which I found both distinctive and easy to hear/imitate. It may or may not be relevant here that I think Dutch sounds like German spoken with a heavy French accent – I was working a dorm desk one summer when a load of media students came in from the Netherlands, and although I didn’t speak Dutch and couldn’t talk to them, I knew enough German to understand them reasonably well.

Standard Japanese (e.g., what the NHK newscasters use) is Tokyo-dialect, but accents from Osaka and Okinawa are featured pretty regularly in TV shows. Osaka-ben is an entity unto itself. Taking someone who learned Tokyo-ben and dumping them into Osaka without warning is akin to taking someone who learned standard American English and pitching them into the wilds of Alabama. Okinawan accents aren’t bad, but the local vocabulary in some areas involves a lot words borrowed from the Okinawan language spoken in the Ryuukyuus before standard Japanese invaded, which makes things difficult to follow.

My attempts to learn some Italian went kind of caterwampus until I realized that the friend who was trying to help me had spent part of his childhood in Rome, but all of the texts and CDs I had were geared toward the Florentine accent. They aren’t mutually incomprehensible or anything, but some medial vowels and word ends were different enough that I was never quite sure if I was hearing right.

I don’t speak Russian, but I know it must have some humdingers. I asked the Arabic instructor at my university exactly where she was from at one point, because her accent even in English was wildly different from the exchange student in my German class who came from somewhere in Siberia. The Arabic teacher turned out to be from Moscow, which judging from the vowels must be the Russian equivalent of Chicago.

Arabic, for that matter, has a number of recognizable accents. The same letter is “jiim” in Kuwait and “giim” in Egypt, and varies unevenly in between. Iraqis sound distinct enough that I recognize the sound even though my vocabulary is basically non-existent and I have no idea what they’re saying.

I’ve also heard from a couple of Norwegians that the regional accents there can get so bad they are reduced to speaking Swedish or even English to their fellow countrymen.

Don’t even start in on the Chinese ‘dialects’

‘Donc’ (‘thus’) is frequently used as a sort of punctuation here. I liken it to my husband’s verbal tic of ‘Ken?’ picked up in 90s Perthshire- the words don’t mean what they mean, but they signal the end of a phrase.

My German class was all in Hochdeutsch. I find Bavarians completely incomprehensible, and Swiss and Austrian German-speakers have to switch to standard Hochdeutsch before I have any idea what they’re on about. Something we were watching in class featured a character with a Berliner accent, which I found both distinctive and easy to hear/imitate.

I think it is a result highly dependent on the teacher or school system. To me (native English speaker, learned German in college), Berliners are nearly incomprehensible, but the Austrian accent is crystal clear and natural.