What’s the story on the “green flash” seen for a second when the sun sets into the ocean?? I’ve looked for this at sunset all over the caribbean and have never seen it (I’m doing this research for you guys). Am I drinking too much tequila or not enough?

This page seems to have one of the best explanations and collection of links about the Green Flash phenomena that I’ve found.

Physics, and a couple of photos , here: http://www.coastalwebweaver.com/GreenFlash.html

I’ve seen the “green flash.” Its not a flash in the sense of a bright splash of green light. The “flash” in this case is indicating the length of time its visible. Its not anywhere near a second, more like a nanosecond.
To be honest, it wasn’t worth burning your eyes out for. Quite non-spectacular, and oh, so brief.
The draw is in the fact that few people actually see it. Since men are more likely to have some degree of red-green color-blindness, they have even less chance of seeing it.
The cause has to do with the sequence of the spectrum. That’s all I remember, I didn’t listen to the guide that well, sorry.

You guys never cease to amaze me how fast you can come up with links (sepecially you, GorillaMan). Thanks.

The “Green Flash” is an optical phenomenon you see at sunset when the sun sets into the ocean and you don’t have clouds obscuring the view. Or so I’m told – I’ve never seen it either.

The authoritative book on this was published at the Vatican, of all places. You can find references to it in Jearl D. Walker’s book the Flying Circus of Physics and in the classic texts on meteorological optics, like M. Minnaert’s The Nature of Light and Color in the Open Air.
What happens is that you get refraction of the extreme edge of the solar disc just as it sets, so a green flash gets prismatically separated and is noticeable (blue light ought to make a “flash”, too, but the peak eye response is in the green, and the blue is apparently dimmer and lost against the evening sky). We used to have students do the calculations for this, back when I taught the optics class in Utah.

Under certain circumstances the green flash may get significantly improved by atmospheric conditions. I think it causes the rays to be “piped” through the atmosphere a distance. My former boss was on an expedition to Antarctica, and he said he could tell from the “feel” of the air if there was going to be a Green Flash. He saw several of them.

There are variations on the Green Flash. See William Corliss’ books or website on Unusual phenomena. Take it with a grain of sat.

Speaking of cinematic interpretations, one of John D. MacDnald’s Travis McGee novels, a Flash of Green, s apparently named after the phenomena. It was made into a film starring Ed Harris.

There’ a tradition of watching the sun go down a Key West, I’m told, and looking for the flash. I think the McGee novel title refers to a similasr ritual.

You guys never cease to amaze me how fast you can come up with links (sepecially you, GorillaMan). Thanks.

Some of us have little else to do at 4am. If only everyone else was as antisocial as me around here, I’d have a great time…

I altered course just enough to put the setting sun behind a straight ridge in the range from out perspective and then ran the power up and started as rapid a climb as I could without losing sight of the ridge.

This enabled us to remain in view of the flash a lot longer and since we were so far from the horizon, the spread of the prism effect was much greater which also helped us to get a great view.

I have no idea how long it was, still a flash as far as I could tell but it was large at the center and then spread thin to the sides for a great distance. Mush more spectacular than the photos linked to here.

I was really lucky for that to have worked out as it did and it is still is one of the greatest sights of that type I have ever seen.

Another movie named because of this phenomenon is the 1986 Eric Rohmer fim The Green Ray: 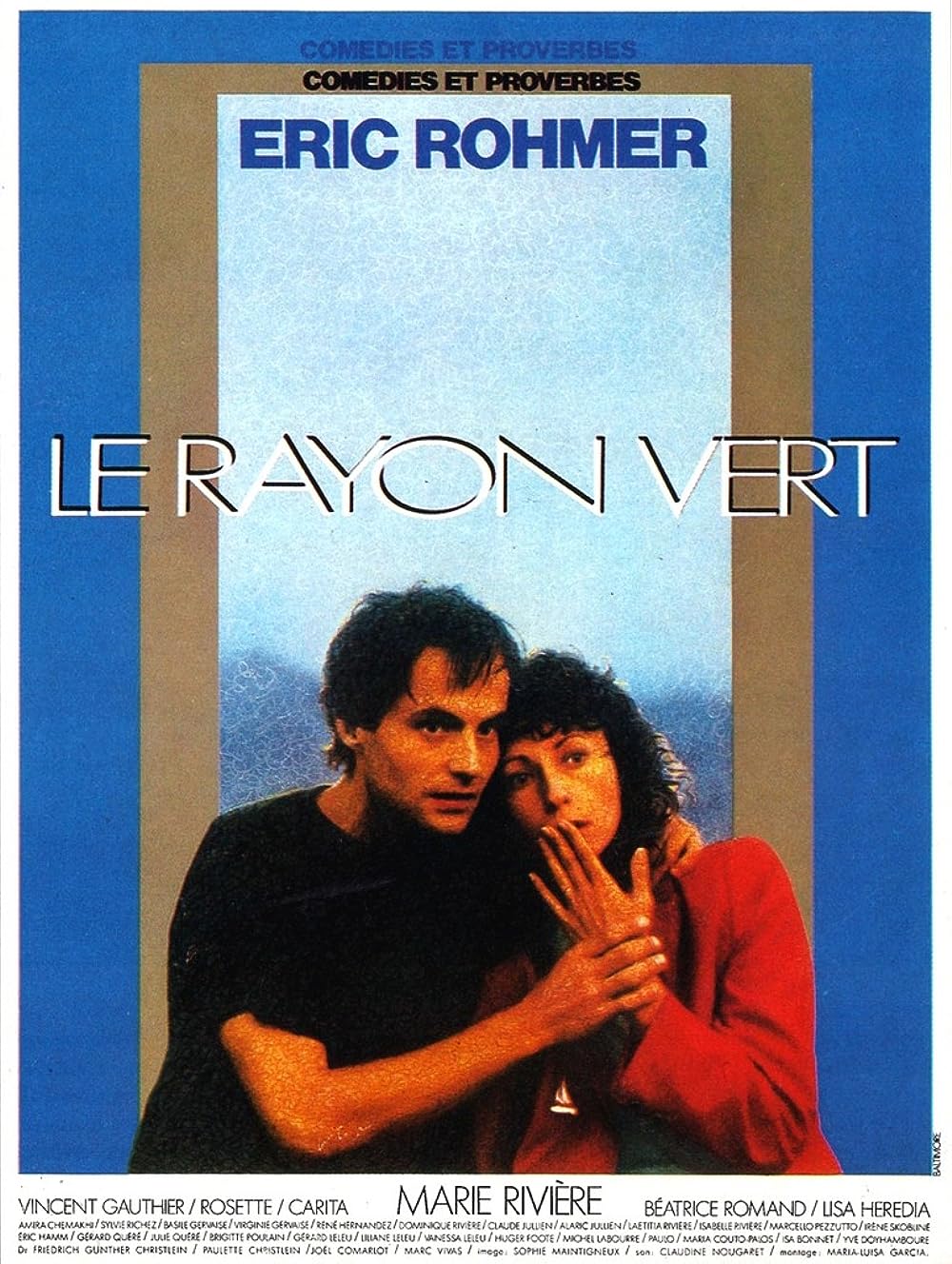 Summer: Directed by Éric Rohmer. With Marie Rivière, Amira Chemakhi, Sylvie Richez, María Luisa García. It's July, and Delphine has nowhere to go for the summer. She feels very bored and "empty", but this won't last; one day she accidently meets...