Has there ever been a good revival of a TV show (same cast/characters) after years off the air?

There are several instances of TV shows being revived with some or all of the same cast after a break of several years:

Further back there were several updates of The Honeymooners (itself a spinoff from a sketch) that featured Carney and Gleason but different actresses as “the girls”, and then a couple of specials in the late 70s.

Sanford & Son was off the air for several years and came back as just Sanford (Lamont written out and new characters brought in with occasional guest appearances by Esther and Grady).

However, even though some of these lasted for a couple of seasons or so, none are considered to have been on par with the original and rarely even get included in the syndication packages. It’s arguable whether they’re even canon.

Has there ever been a revival of a U.S. sitcom after a hiatus of several years in which the same cast/characters were brought back and it was considered as good as/a true extension of the original? The closest I can think of is the Perry Mason movies; they weren’t a TV show but may as well have been since there were dozens of them, but has there ever been an actual series?

The reason I was wondering about this is that several Britcoms- Absolutely Fabulous, the various Alf Garnett series, Blackadder, etc., will go away for several seasons and then pick up where they left off. I was curious if there’s an American precedent. (Of course a probably very important contributing factor is that a British season or series might only be a handful of episodes- sort of like HBO or SHOWTIME series today- whereas all U.S. sitcoms are trying for the 100 episode golden ring and burn out.)

The Jetsons came back in the 1980s, after 20 year hiatus, with entirely the same cast. Maybe it’s because I was a kid then, but I was never aware that some episodes were 20 years old, and some were new.

Futurama hasn’t had a new episode on the air since 2003. The whole cast will be back in June.

Get Smart returned as a TV series in 1995. It lasted, according to Wikipedia, seven episodes.

I watched a couple of them. Don Adams and Barbara Feldon reprised their roles as Max and 99, respectively. While the times were updated to the present–Max was now Chief of CONTROL, he and 99 were still married, and one of their children from the first series was all grown up and had become a CONTROL agent–it was lacking something.

Before I saw that you were asking for a US sitcom, my first thought was another British show, Doctor Who, which went off the air in 1989 and returned to much acclaim & incredible popularity in 2005.

Mission Impossible was revived in 1988 with the late Peter Graves but with a different supporting cast but I don’t recall how well it compared with the original.

The entire cast minus Leonard Rossiter (because he was dead) came back in 1996 to make The Legacy of Reginald Perrin, which was widely seen as a failure, because much of the humor of the original came from Rossiter/Reginald.

Apparently, there was a short-lived American version in 1983 with Richard Mulligan (Bert from ‘Soap’) as “Reggie Potter”.

Wikipedia says there was a 2009 revival of the show with a different cast. If there is a Brit who has seen it, I would be interested in their verdict.

I didn’t get where I am today by thinking. My father caught me thinking once. He said, “CJ” - we were never close - he said “CJ, thinking doesn’t get the washing up done!”

That one never worked. The problem was it was a vehicle for Ann Jillian and she was a mess at the time. Ann was a sexpot. The first two years of the show were funny and Jillian was a sassy, one-line, shoot from the hip sexpot

It was painful to watch her on this as she was now middle aged frump and fat. they only slightly altered her character that made her more motherly,which didn’t work or still played her as a sexpot, which she no longer was. A sexy sassy Cassy slinging insults was funny. A frumpy unhappy Ann Jillian reading insults off a script half-hearted turned the character into a bordeline bitch

OK Jillian had breast cancer and was it had taken her toll from it and it horribly showed. I guess you can’t fault Jilian for wanting to work and she certainly tried but it never worked.

“Mama’s Family” worked in reverse when it came back it was much stronger than before. Dropping Vint’s kids which were dead weight, for Bubba and Iola was a good move. Aunt Fran would’ve been nice to retain, but Rue and Betty were on the “Golden Girls” by this time.

I thought “What’s Happening Now,” pretty much worked for awhile. They got all the principal players back and the chemistry was still there. Of course when the actor who played Rerun left the show it hurt especially when they replaced him with much weaker people. They were smart to limit Dee to guest appearences. Evidently Danielle Spencer who played Dee, by this time was a vet, but Dee was only funny as a wisecracking smart allecky sister. A grown up Dee wasn’t as funny.

I saw the original when it first aired and the new version which wasn’t as awful as it could have been though not as good as the original but it at least introduced to me the gorgeous beauty that is Lucy Lieman makes it more watchable at least when she is on screen.
A second series has been commissioned according to Wiki.

There’s Melrose Place which ended in 1999, but came back last year with several of the original cast members. I’d question, though, just how much regard the writers of the current series have for the original canon (bringing back a character from the dead and pretty much ignoring a few big plot points from the original in order to explain her return).

Don’t forget After MASH, which featured some, but not all, of the original cast. I don’t recall it being much of a success. 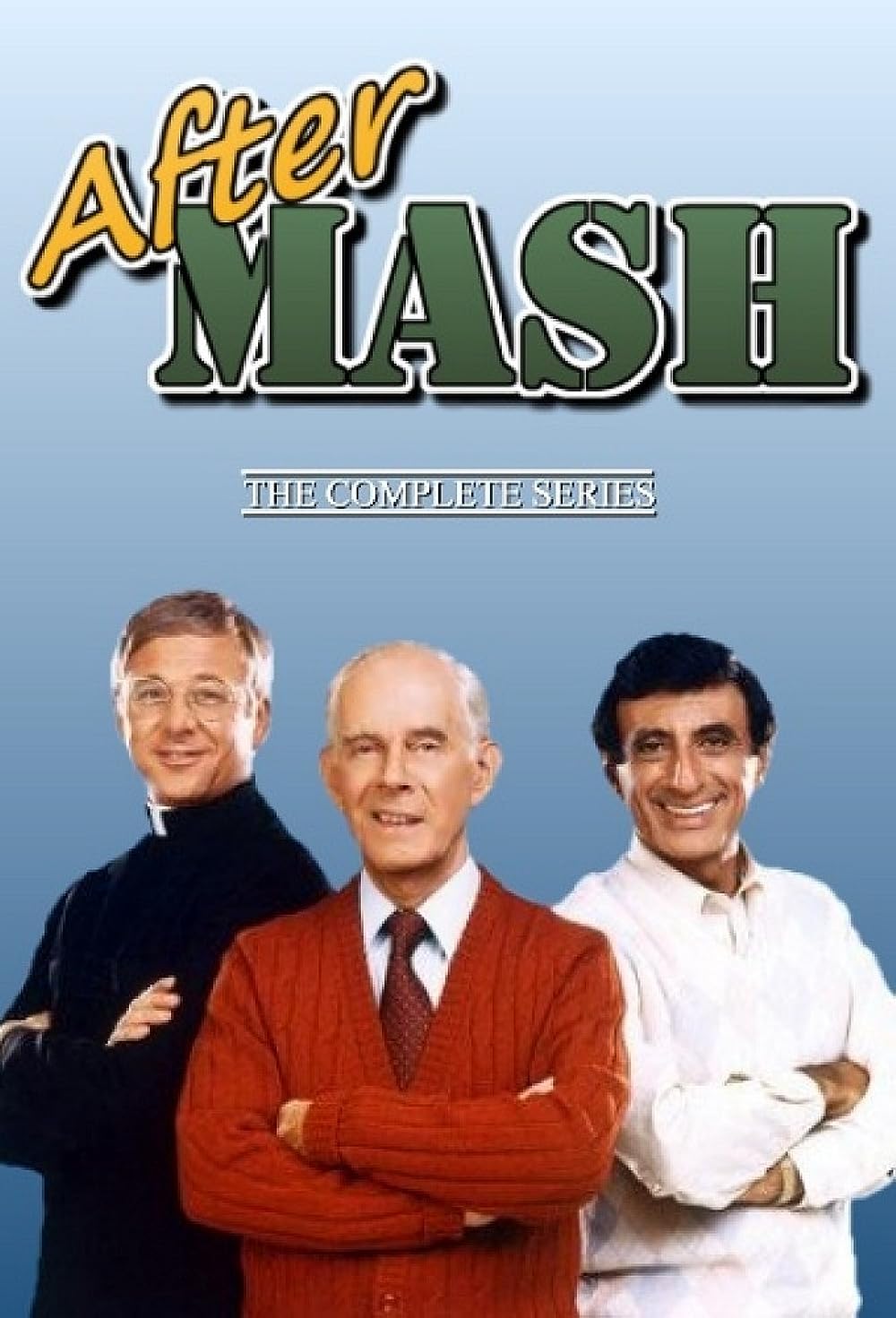 AfterMASH: Created by Larry Gelbart. With Harry Morgan, Jamie Farr, William Christopher, Rosalind Chao. The Korean War has ended. Colonel Potter, Sergeant Klinger, and Father Mulcahy find themselves together once again, this time at a veteran's...

The New Twilight Zone (as for regular cast, Rod Serling appeared in both). It was at least as good as the original and certainly holds up better. Did well enough to be renewed and later syndicated as an original show.

The New Twilight Zone (as for regular cast, Rod Serling appeared in both).

If you’re talking about the TZ revival in the early '80s, I’m pretty sure Rod Serling didn’t appear in that series, as he had been dead for several years. (Not that it wouldn’t have been appropriate.) I think they used a Serling imitator to do the opening and closing narration for each episode.

On the other hand, the '80s revival of *Alfred Hitchcock Presents *did feature Hitch himself, despite his being dead too. They colorized his original intros to the old shows and put them in front of the new versions.

If animated shows count, there was “Adventures of Jonny Quest” in 1964 and later in 1988 with pretty much the same cast, just adding a teenage girl. Both only lasted a year but played for years on Saturday morning which kids will watch for years.

Dark Shadows came back, don’t remember how well it did though.

Battlestar Galactica has many of the same character names (but not IIRC any actors) as the 80s series. And whatever your criticisms of the new series may be, it was miles ahead of the original.

Battlestar Galactica has many of the same character names (but not IIRC any actors) as the 80s series. And whatever your criticisms of the new series may be, it was miles ahead of the original.

The original was a very low budget “Star Wars meets Mormonism” program that was mainly popular because there was very little by way of sci-fi on TV at the time. It was actually successful in ratings but because of the special effects and Lorne Greene’s hefty salary it barely broke even financially.