Have stores closed on the west coast because of rampant shoplifting?

And yet that article quotes the San Francisco district attorney, “When police bring us cases that have chargeable evidence of crimes that were committed including shoplifting, petty theft and certainly organized retail crime we take action in the vast majority of those cases. We’re actively working with law enforcement partners and across the bay area to dismantle the organized retail crime networks that create a marketplace for stolen goods.”

In the meantime, there’s a story on Facebook, with pictures of the vehicle (although the person said they weren’t able to photograph the people) allegedly involved in a mass shoplifting incident in broad daylight from a Burlington Coat Factory. The car does not have plates, and they said 3 women wheeled carts out of the store full of children’s clothing and toys, tossed them all into the car, and drove off in a matter of seconds.

One reply said, “Why would anyone want to steal from Burlington Coat Factory? What are they going to get, $4 for that carload?” I did wonder if maybe they were going to try to boost it at Once Upon A Child or some other store (or person) who pays cash for gently used children’s items. A while back, a child’s $4,000 wheelchair was found at OUAC, having been stolen off a porch by someone who most likely thought it was a high-end wheelchair, and if we’re really lucky, they gave the place their real name and address.

The story was spotted by a OUAC employee who recognized the “stroller”, called the store, and explained the situation.

In Illinois, the threshold between misdemeanor and felony theft is $500, and that’s after an increase which occurred within the last 10 years, I think. The threshold used to be only $300 before that.

This might be a controversial perspective, so stomp me if you wish: This sounds like a red herring.

Retail stores have been closing all over the place for a lot of years because buying stuff on-line has become so easy and common and because dealing with retail staff has become difficult and unpleasant.

If someone is blaming those librul left coast wimps for being weak on punishment of material crimes (i.e. theft of stuff) I’d suggest that particular someone is a right-winger complaining about the demise of authoritarianism and capital punishment. Should we be cutting off hands like the Legalists in ancient China used to do? Perhaps returning to the Code of Hammurabi, ruler of ancient Babylon?

If someone is blaming the demise of retail establishments on modern COVID19 quarantines and occupancy limits I would, at best, suggest that person hasn’t been paying attention over the last quarter century. In fact I’d be more likely to suggest that person is on the Recall Newsom bandwagon and trying to suggest the prudent health measures he emplaced are the direct and sole cause of retail and commerce dying% in California. The argument is disingenuous and short-sighted, like suggesting 9/11 forced the airlines to go bankrupt and need bail-outs when, in fact, they had been going bankrupt for years and wanted an excuse to re-renegotiate their agreements with the unions.

One of the odd rabbit-holes I used to go down on YouTube was the video and slide-show entries of midwestern shopping malls that have been abandoned. Those have been around for years – in fact I haven’t watched one of those in quite a few years now. My point is that shopping malls started dying out well before Proposition 47 in 2014 and long before Chesa Boudin took office. There’s one here in town that opened in 2006 that was in the news at the beginning of the year because there’s some developer talking about buying it out and turning it into an apartment complex. And there are several discussions here at the Dope about the future (or lack thereof) of brick-and-mortar stores.

CA Retailers Association: We’re having to close branches because there’s so much theft.
Me: No, you’re closing branches because you’re losing business and you’re losing business because you’re trying to compete with on-line sellers and the Amazon Marketplaces out there by playing their game. What the on-line mega retailers cannot do is provide quality personal customer service and, while retailers could do that if they wanted to, they instead provide minimal training, minimal wages, and emphasis on turn-around rather than customer focus. After all, the statistics say that’s what maximizes profits. So if you want me out of your store as quickly as possible, maybe I just won’t come in at all. Instead I’ll go where the guy in Printers can look me in the eye and tell me the real difference between model A and model B (without digressing to discussions of my cell-phone provider) and give me well-considered advice (beyond what I can read in the brochures). Or I’ll go online.

–G!
% Which is obvious because we only have an 85 billion dollar surplus in government coffers and we know the Jarvis/Gann initiative precludes that much money having come from property taxes!

‘The numbers show the prosecution rate for shoplifting cases involving a misdemeanor petty theft charge for a loss of $950 or less fell under Boudin, from 70 percent under former District Attorney George Gascon in 2019 to 44 percent in 2020 and 50 percent as of mid-June 2021.’

Isn’t it likely that prosecution for misdemeanours was likely to go down during lockdowns when courts were backed up?

[quote] In an interview with The Examiner, Boudin said the decline in prosecution rates for shoplifting cases is a reflection of the “difficult choices” his office had to make during the pandemic, when the Hall of Justice closed most of its courtrooms and city officials decided to largely empty the jails, in part to prevent an outbreak.

“We made an intentional decision to prioritize crimes involving violence, injury to human beings and use of weapons,” Boudin said. [/quote] 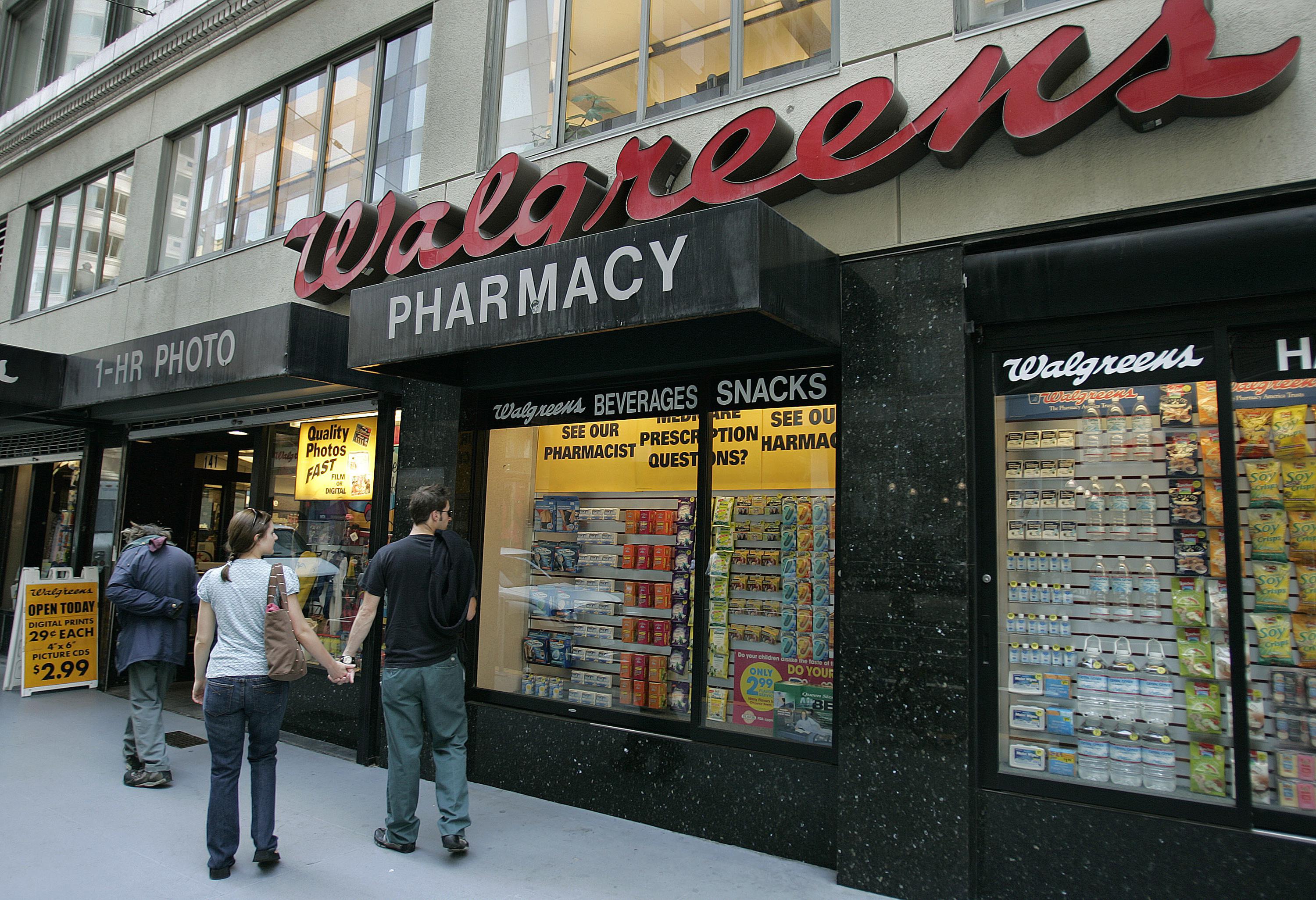 SAN FRANCISCO (AP) — Walgreens said Tuesday that it will close five more stores in San Francisco next month because of organized retail theft in another blow to a city that has earned an embarrassing reputation for widespread and brazen shoplifting.

AP is a reputable news source, but $1000 per day, while bad, doesn’t seem that devastating if the store is doing decent business otherwise. For well under that they could hire several security guards.

Also the article only seems to cite a couple incidents, one was in June and one wasn’t even Walgreens.

Very weird. If Walgreens says they are closing because of theft maybe so, but the article doesn’t back that assertion.

I read in another article that Walgreens has increased their instore security by 46 times (in $) over the national average. It wasn’t enough.

Clearly there are people and gangs taking advantage of the current enforcement situation. Changes in the law to reduce the pain to single incident cases and increase the deterrence to repeat offenders and gangs seems to be in order. Frankly, if anyone steals property from anyone with the intent to resell that item then getting that person off the streets for a significant amount of time seems like good public policy.

Bear in mind that Walgreens has about 50 stores in San Francisco. So while it’s disappointing that 5 are closing for whatever reasons, it’s not like they’re abandoning the city.

Walgreens has about 50 stores in San Francisco.

closing because of theft maybe so, but the article doesn’t back that assertion.

So I’d like to suggest a theory:
Brick and mortar stores are closing all over the place these days.Maybe Walgreens is just part of the trend.

But they don’t want to publicize their financial losses, so they blame the closures on an external issue (crime).

I’ve seen this argument before, about the $950 figure, and it doesn’t make much sense. There are only eleven states with felony theft thresholds lower than $950 (cite ). If $950 causes rampant lawlessness, Texas must be a glowing crater in the ground at $2,500.

I was in SF when this happened, and to me it was the SFPD throwing a hissy fit over prop 47, rather than the actual prop itself. (the election of Chesa Boudin as DA was later). Basically “What you won’t prosecute shoplifting as a felony? Then its not worth our precious time to concern ourselves with it.”

There was a K-Mart in San Bernardino about 40 years ago that was badly stocked, dirty and had unfriendly staff. I was pretty poor and their prices were good, but I stopped shopping there because every single trip had something go wrong. About a year later, they put up signs saying they were closing due to high amounts of shoplifting. 40 years ago.

Sure but there are other drugstores even in San Francisco. The SF Chronicle article says one Walgreens that’s closing is at 4645 Mission St. Google Maps shows Central Drug Store at 4494 Mission St, a three-minute walk away.

True, but how much of their sales are from actual drugs? The vast majority of such stores around here dedicate a large majority of their floor space to other non-drug products. Some of them have practically become supermarkets in their own right the past 10 years or so.

There was a K-Mart in San Bernardino about 40 years ago that was badly stocked, dirty and had unfriendly staff.

Wow. I went to that same K-Mart in…every location I ever saw a K-Mart. It was like a flop sweat specialty chain.

Walgreens has about 50 stores in San Francisco.

closing because of theft maybe so, but the article doesn’t back that assertion.

So I’d like to suggest a theory:
Brick and mortar stores are closing all over the place these days.Maybe Walgreens is just part of the trend.

But they don’t want to publicize their financial losses, so they blame the closures on an external issue (crime).

But only in San Francisco?

The Democratic leadership of the city are acknowledging that there are crime rings and problems with theft. Are you saying they are lying too?

@joshpcain
What's interesting about this is that Walgreens is lying. Here's their 8K where they note they're closing 400 stores in the US and UK to save oh wow $1.5B. If all five SF stores are losing $1K a day as Walgreens said, that would be....$9.1M, or 0.6% of the total they're saving. https://t.co/sRMbqJH8IF

It’s also a drop in the bucket compared to the $100 million they paid Elizabeth Holmes for imaginary blood tests.

Wow. I went to that same K-Mart in…every location I ever saw a K-Mart. It was like a flop sweat specialty chain.

And I’ll bet they all closed because of shoplifting! Because of course that was the only reason they couldn’t succeed!