Have stores closed on the west coast because of rampant shoplifting?

I have heard several people in public talking about a problem I haven’t heard about and can’t find much about. The story goes that stores on the West Coast, including but not limited to San Francisco, have had to close because people just walk out without paying for goods and there is nothing the store can do. The police can’t/won’t arrest anyone. For… reasons. Not sure. One person was certain he had heard of a Lowes that had to close because people would run up to delivery trucks and take items straight out of the trucks. The common thread is apparently the no one can arrest or stop these people. Seems like an extreme story to me, but I am curious if there is anything to it. I tried searching for stories but couldn’t find anything beyond a couple of stores reducing hours in San Fran. because of claims about this problem.

No. What’s your source? 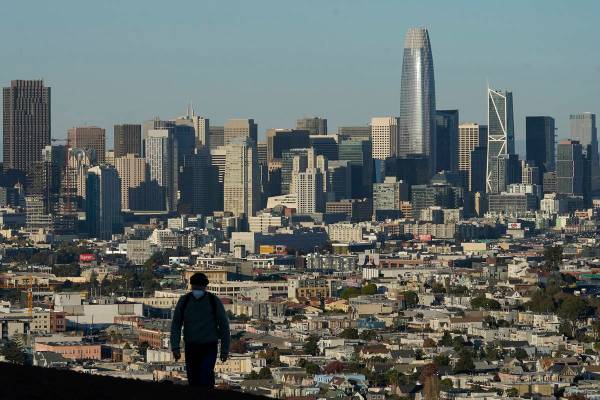 In response to lousy service, customers can vote with their feet. As it turns out, stores can do the same thing in the face of rising crime.

" A major reason for this rampant lawlessness is the state’s Proposition 47, a 2014 initiative that made shoplifting items worth less than $950 a misdemeanor instead of a felony. In May, Safeway blamed the initiative for “dramatic increases” in retail theft. This isn’t a recent complaint. In 2016, major retailers noted that shoplifting increased markedly after the voters approved the ballot question."

CNN has reported this.

The theft comes amid concerns about ongoing retail crime in San Francisco, particularly at chain drug stores like CVS and Walgreens. A suspect in a particularly brazen theft at a Walgreens last month, also caught on video, was later arrested and charged with carrying out a spree of such crimes. And last week, Target moved to close five San Francisco stores early due to thefts and shoplifting, KGO reported.

Brazen thefts on the rise in San Francisco

I’ve seen this argument before, about the $950 figure, and it doesn’t make much sense. There are only eleven states with felony theft thresholds lower than $950 (cite). If $950 causes rampant lawlessness, Texas must be a glowing crater in the ground at $2,500. 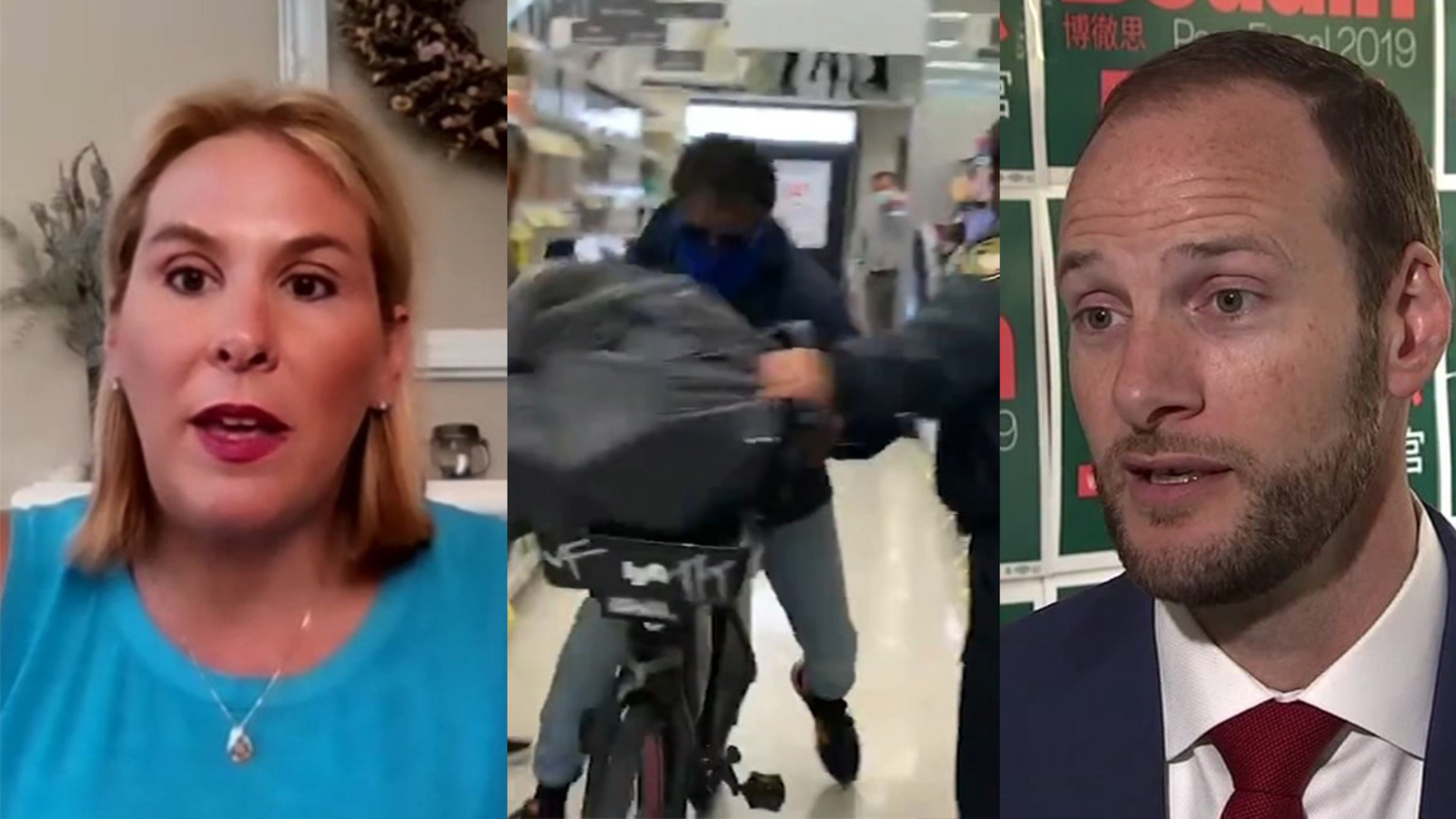 The president of the California Retailer's Association says there seems to be no repercussions for crime in San Francisco -- and part of the solution lies with District Attorney Chesa Boudin.

As is so often the case, a few well-reported cases get blown up into an epidemic, and those terrified owners of stuff make it sound bigger than it is.

Those gangs of grab-and-run thieves aren’t prosecuted because SFPD can’t seem to catch them, or if they do it isn’t publicized. Because they operate as groups, they could be prosecuted under gang or racketeering laws if they could get the leaders, but at best they seem to pick up a stray member or two, who as individuals can only get a misdemeanor charge.

Stores are not closing. Some stores, like Nieman-Marcus, may have changed their hours, and this incident may be the actual reason why. Downtown is pretty much a ghost town these days anyway, although it has gotten a little busier in the past couple of months.

Indeed, I understand that San Francisco is located on the west coast, but not sure why the latter is being mentioned.

I mean, if there was a spate of nicky-nicky-nine-door’ing in Newark, I hope that wouldn’t get conflated to an east coast thing.

Maybe they should have more staff on the floor.

Isn’t the $950 figure to make phone snatching not a felony charge?

We’re not in GQ, so I don’t have a site, but it’s definitely something I’ve heard several times.

What do you mean by “snatching?” If you take something by force it’s robbery not theft. It would be a felony regardless of monetary amount.

I saw some videos on YouTube of people just taking what they want off the shelves at a drug store and casually walking out the door. The other patrons and the store staff were upset but it seemed nobody was able or willing to do anything about it. In some videos an employee could be seen on the phone with law enforcement but with the thieves walking right out there was no chance the police would get there in time.

What should the store staff do in such cases? Should they intervene, risking the possibility that the thief is armed? What in a drug store is worth risking the life of a store employee?

And yet that article quotes the San Francisco district attorney, “When police bring us cases that have chargeable evidence of crimes that were committed including shoplifting, petty theft and certainly organized retail crime we take action in the vast majority of those cases. We’re actively working with law enforcement partners and across the bay area to dismantle the organized retail crime networks that create a marketplace for stolen goods.”

I’ve always been told not to intervene if I see a shoplifter; let the store management handle it. Most likely, if the person is caught, they will be escorted off the premises and banned for XYZ length of time.

A few years ago, there were reports of “flash robs”, and that the reports were covered up because it involved nonwhite people. It may have happened somewhere, but I doubt it was a big thing; what would allegedly happen is literally hundreds of people, usually teenagers, would descend on a grocery or department store, or shopping mall, at a time arranged on social media, vandalize everything in sight and steal customers’ purses and wallets, and run out the doors before police could arrive.

‘We made an intentional decision to prioritize crimes involving violence, injury to human beings and use of weapons’

‘The numbers show the prosecution rate for shoplifting cases involving a misdemeanor petty theft charge for a loss of $950 or less fell under Boudin, from 70 percent under former District Attorney George Gascon in 2019 to 44 percent in 2020 and 50 percent as of mid-June 2021.’

I agree that as a practical matter and also as store policy that employees should not try to intervene since it’s too risky. Even if the store sold very valuable items.

What should the store staff do in such cases? Should they intervene, risking the possibility that the thief is armed? What in a drug store is worth risking the life of a store employee?

Funny you should say that. Back when I was 18 or 19, I had a part time job as a stock-boy in a large drug store (like a CVS). It was adjacent to a not so great part of town and was often patronized by a local gang. We all knew they shoplifted. I was once called into the office by the assistant manager who was watching on CCTV to go “restock” an aisle in which a couple of them were “browsing”. I knew why I was sent there and so did they. One of them approached me and said, “You keep eyeballing me and I’m going to take your eye out”. It was at that point that I decided that I needed to go do something else in some other part of the store.