Have you ever heard/know of a deathbed confession?

Inspired by another thread.

Of course I’m all awriggle to tell you mine:

My maternal grandmother (biological mother’s mother) found it pertinent to tell, on her deathbed, that her daughter had had a child out of wedlock and given it up for adoption. (Me.) Caused quite a stir I hear tell.

I think I’d have to give it a gold star for Ultimate Passive-Aggressiveness.

Fast-forward to better times (I thought.) My older half-brother and I “found” each other. My younger half-sister, tho, refused to meet me because I was an “embarrassement to the family.” Right. Because I had so much to do with my mother screwing around.

(Side note: Yes, I was my mother’s middle child, and the only one she gave up for adoption. Makes me think of Steve Martin in The Jerk. “I was born…a poor black child.” Just doen’t make any sense. :rolleyes:

My grandfather was a wonderful man, who, more than 20 years after his death, is still revered in my family- he was a saint, I tell you! But he confessed on his deathbed that he did not love his own grandchild. No, not me- he loved me to pieces. My cousin, who possibly has Asperger’s and was kind of hard to get along with.

Wow, that’s strong. I mean truthful of your grandfather and hard-ta-take for the child. Sort of “salt of the earth” to “salt in the wound,” huh. Can only imagine the back story that must be there.

My mom was dying. She insisted that my brother and sister go downstairs to the cafeteria, and then repeatedly made me assure her that no one was in the hospital room with us. She motioned for me to come closer that she had a secret to tell me. She was mumbling so fast that I couldn’t understand her … she said the same sentence repeatedly, and became more and more frustrated when I said I couldn’t understand her. The next morning, she passed away. My sister was upset when I told her what happened, it seemed because she wasn’t included. I told her it was probably because the secret was about me only, and it would then be up to me if I shared it with any one. But it has been three years and my sister still has no interest in discussing what the secret may have been.

My mom said what sounded like “black purse”, but when I showed her her purse, which was white, she shook her head and said no, no. She shook her head also just to the word purse. Then she hurriedly said about 20 syllables that I could not understand because she was rushing the words together while mumbling. Then ended it every time with something like “my will” or “'against my will”. Wasn’t sure which way to take the meaning of the word “will”.

My aunt, my father’s sister, had once told me she knew a secret, but if she told me, my mother would be so upset with her that she would never speak to her again. My mom was the last of her generation, so I have no one to ask questions of. I have one older cousin, but she says she doesn’t know anything.

I have run many scenarios through my head, but no way of knowing if any are plausible. I tell myself to just forget about it, but obviously, it was my mom’s deathbed wish that I know … so I still wonder about it.

My grandfather was a wonderful man, who, more than 20 years after his death, is still revered in my family- he was a saint, I tell you! But he confessed on his deathbed that he did not love his own grandchild.

My father said when his own father was dying he tried desperately to get his father to say he loved him, which he would not do.

Nothing as dramatic, but certainly illuminating.
My grandfather was considered something of a saint in his community, and mostly with good reason. He was a scholar, and a doctor, and cared deeply about the people around him. However, there was a ‘family secret’ that he had, at a very young age, been kicked out of school in his home village. No matter how good-naturedly we’d try to find out the circumstances, he absolutely refused to speak about it.
When he was in his last days, one of the things we did was interview him. Just talked about his past, and recorded it. It’s still a wonderfully treasured memory to me- If I need to, I can listen to his voice. It’s shaky, but it goes on and on about the life he lead, and that gives me some comfort.
But I digress. During the interview, the question came up again about being kicked out of school, and he still wouldn’t answer, but I think he realized it might be his last chance to do so. So, off the record and off the recording, he told us what happened.
It turns out that, as was common where and when he grew up, one of his teachers would beat the students for incorrect answers or incorrect behavior. Thing was, one of the teachers was very heavy-handed and seemed to single out certain students, deserving or otherwise. My grandfather and his best friend ambushed said teacher outside of the school and beat the hell out of him. The next day, they were expelled.
I know my grandfather never wanted that story told, but it’s been a long time since he died, and in the end, there are worse things to be kicked out of school for. Rest in peace, gramps.

My grandfather’s cousin left provision for his ex-wife and two children in his will.

That our family had never heard of.

Who were of a different race, thus us never hearing of.

The old bastard. I began trying to work out exactly what headspace he must have been in, then decided I have better things to think about.

Not quite a deathbed confession, but after my dad’s friend’s parents died, someone finally decided to tell him that his biological father was actually some other guy and that everybody in town (of his parents’ generation) knew about it.

My grandfather’s cousin left provision for his ex-wife and two children in his will.

That our family had never heard of.

Who were of a different race, thus us never hearing of.

The old bastard. I began trying to work out exactly what headspace he must have been in, then decided I have better things to think about.

The same headspace as those 18th & 19th Century slaveowners who freed their slaves in their wills: “I’ll finally do the right thing, now that it won’t cost me anything anymore.” :dubious:

This one csurprised me, because I used to work near the storage place:

A mother’s deathbed confession led American police today to a dead body in a freezer, and officials said the corpse may be that of the woman’s husband whom she murdered more than a decade ago.

The woman apparently told her children as she was dying that their father had not died in a car crash as they thought but that she had in fact killed him and that his body was in a rental storage facility in Somerville, a suburb of Boston, Massachusetts.

Family members then contacted police, who searched the facility and found a large freezer wrapped in duct tape and giving off a strong odor. Inside, they found the remains of what they think was a man.

Local prosecutors said the man may have died as a result of a domestic homicide that took place more than a decade ago in California. The body was thought to have been shipped from California to Massachusetts, where it has been in storage since at least 1998.

Middlesex District Attorney Martha Coakley’s office did not identify the woman, who has since died.

While looking this up, I found 10 Fascinating Deathbed Confessions 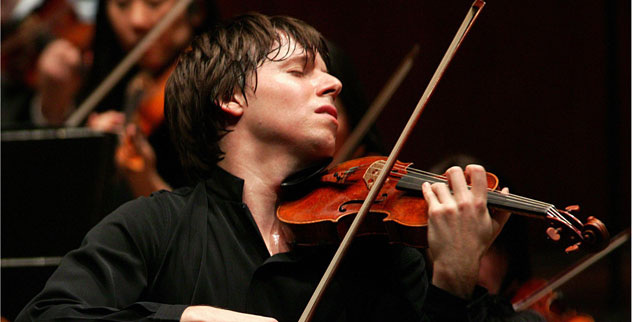 When death is inevitable some people decide it is a good time to confess to things that have burdened them during their lifetime. Perhaps it is in order

Not a deathbed confession, but close to it. When I was 13, an elderly professor emeritus my father knew - the professor had taught my father as a young man - confessed to me that he’d murdered a man during WW2.

It came about like this: I had, for school, to do a project where I interviewed a scientist. My father suggested this guy, partly because he was lonely and could use a visit. So I went, I did the interview thing, and then we got to just talking.

Somehow the talk got around to his wartime experiences, when he was a sailor in the merchant service working on convoys crossing the north Atlantic. According to him, one typically ‘dark and stormy night’ in the winter he got into a fight with a fellow sailor when just the two of them were on watch and knocked him headfirst into some metal fittings on the boat, damaging his head and maybe killing him - in any event he wasn’t moving. Alarmed at the thought of getting in trouble, he pushed the guy’s unconcious body overboard, which of course in the middle of the Atlantic in winter was a certain death sentence, and cleaned up the blood. Everyone thought the guy had washed overboard by accident - the waves were high enough this was plausible. No-one ever suspected him. He was left feeling guilty about it for the rest of his life though.